Pregnancy Cravings and Your Baby’s Health 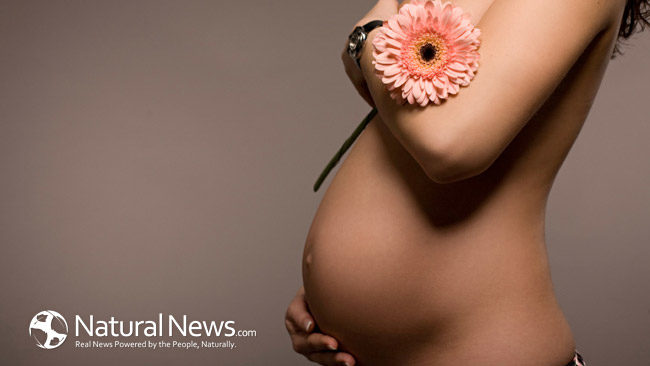 Pregnancy can be a trying time for any woman, especially with regard to food cravings.  The cravings can be almost unendurable, and the Western medical complex has come up with no firm conclusions about the meaning behind them.

The leading theory, however, is that a pregnant woman’s cravings stem from a need to meet a nutritional requirement for her growing baby.  While no all-conclusive study has been done to fully verify this, it does make the most intuitive sense, and cravings or not, a pregnant woman’s diet is critical to the physical and neurological development of her baby.

A way to illustrate this is to look at animals.  Animals are no different from humans in that diet plays a central role in long-term physical, and even neurological, health, since in fact humans are animals themselves, just with more developed brains.  If you’ve ever been to the store to buy some eggs, you’ll probably have noticed that eggs not only come in caged, free-range and organic, but are also differentiated by the type of diet the mother chickens receive.  So-called omega-3 eggs come from chickens fed a diet high in flaxseed, resulting in a higher omega-3 content in the egg, meaning in the potential chick.  You can also find eggs whose mothers chickens were fed diets rich in garlic, soy, corn and various grains—the nutritional content of these different eggs vary, strongly enough to make measurable and often fairly considerable differences in the quality of the egg, and therefore in the chicks themselves if the eggs were allowed to hatch.

That there is no correlation between the overall diet of a pregnant woman and the health of her baby is very unlikely, and that possibility seems to be at least partially ruled out by the majority of the Western medical establishment, as it cautions against drinking too much caffeine and avoiding prescription drugs.  Therefore, it’s important for pregnant women not only to mind their cravings, but to understand what the cravings might mean to find more suitable, and often more satisfying, options.

Cravings for specific foods result from the associations a person builds over the course of his or her life, so a woman who primarily subsisted on junk and fast food might have cravings skewed towards foods in those categories.  In the same way, this is the reason a pregnant woman in India might never experience a craving for a burger and fries in the way an pregnant woman in the US might.

Understanding this, it’s important to understand that while a craving for a fast food chain ice cream sundae might legitimately provide certain nutrients like calcium, it also contains a vast swath of chemicals, hormones, antibiotics, and pesticides, that also filter down into the womb.  Thus, it might be beneficial to consider whether another option exists to provide the same, or better, nutritional benefits without a horde of chemicals like MSG, a neurotoxin that destroys brain cells, which might affect the health of the baby.

David Wolfe, a leading nutritionist, commented in his observations on pregnancy that women who regularly consumed a diet rich in superfoods and minimally processed foods prior to pregnancy were more likely to crave those foods than women who did not.  This meant that the bodies of the women in the former group had developed physical associations between those health foods and specifically needed nutrients, resulting in healthier cravings.  Wolfe has also put forth that he believes pregnancy cravings are driven by the nutritional needs of the baby, and cited an example of women who often crave pickles and ice cream together.  Nutritionally at least, this craving seems to be a craving for calcium, which is more easily absorbed with acidic foods like pickles.

Of course it’s fun and very relieving to indulge in unhealthy cravings, but for a nine month-long pregnancy, it might be useful to consider swapping junk food to satisfy cravings with healthier options if the nutritional need is well-understood.  A craving for a Dairy Queen sundae might be better filled with an organic ice cream, a craving for potato chips could possibly be replaced with homemade sweet potato fries with sea salt (or steamed sweet potato with sea salt, since steaming preserves more nutrients than frying), and a craving for a junk food burger might be better met with a high quality, chemical-free steak and vegetables with toast, so as to receive the protein, vegetables, and carbohydrates without the pesticides, GMO-ingredients, and synthetic chemicals of conventionally-made and fast food burgers.

Ultimately pregnancy is a special time for any woman, but in less than a year it’s over, and just as with chicken diets and egg constitution, it may be prudent to at least consider the long-term effects of a pregnancy diet on the long-term health of the child.