The Most Potent Herbal Tincture Acting as Antiviral and Antibacterial 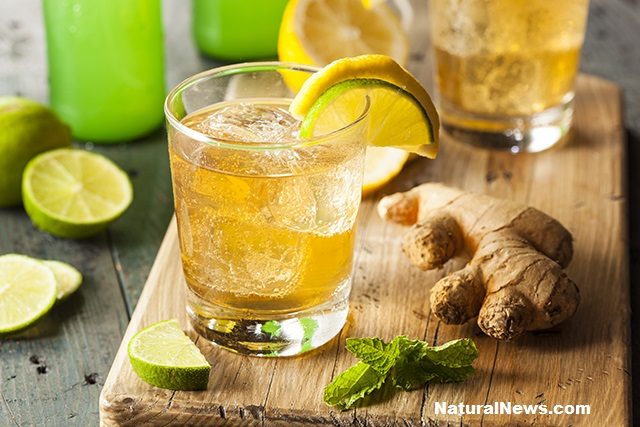 Viruses consist of a nucleic acid, either DNA or RNA wrapped in another protein. Being so primitive, most biologists do not regard them to be living things. They reproduce insides the cells of living hosts, because of which they are considered infectious particles or biological agents.

Viruses mutate very easily due to their primitive (simple) structure. That’s why antiviral resistant strains can appear in a matter of weeks or months. Scientists have detected that phenomenon happened to oseltamivir (Tamiflu) in 2009.

Many governments stockpiled it as the best possible remedy for bird flu. Unfortunately, when bird flu arrived, it was found useless against the flu as the viruses had developed resistance to the drug.

As far as antibiotics are concerned, penicillin-resistant strains of pneumonia, gonorrhea and hospital-acquired intestinal infections were detected four years after mass-produced penicillin was introduced.

As each antibiotic is a single chemical compound and one dimensional in its action, it’s not that hard for bacteria to “evolve” around such attacks. For example, penicillin-resistant bacteria have developed cell walls different from their previous ones. In effect, that prevents the penicillin from binding.

Similarly, other variants prevent antibiotics from binding to ribosomes, thus makes them ineffective.

Conversely, natural antipathogens are multi-dimensional due to their many bioactive compounds that prevent viruses or bacteria to “evolve.” Non-active compounds are believed to potentiate the antipathogenic effects of the active ones besides offering many possible combinations with each other.

This complexity results in a phenomenon thought not only produce synergistic killing actions but also suppresses the bacteria in their attempt to “evolve.”

Surprisingly, when you combine several herbs and spices in one formula, the possible synergistic actions of different types of chemical compounds are beyond counting. Quite simply, as for antiviral and antibacterial cases, microbes cannot “evolve” around them.

The following are nine antipathogens found in nature that can function as antiviral and antibacterial.

Individually, their effectiveness is astounding.

Garlic is available all-year-round culinary herb that can be easily bought from grocers. It is considered by many herbalists as one of the best antiviral and antibacterial alternatives. It is found to stimulate the immune system by stimulating the activity of the macrophages (white blood cells), which engulf foreign organisms, including viruses, bacteria, and yeast.

Apart from that, garlic improves the activity of the T-helper cells which are the core of the activity of the entire immune system. Garlic can be effective in alleviating upper respiratory viral infections including colds, flu, and sore throat due to its immune-stimulant, antioxidant, antihistaminic, antispasmodic and anti-inflammatory properties.

It is not only destroying bacteria but inhibiting bacterial cell growth (prevent replication) as well. Exerting antibacterial action equivalent to 1% penicillin, garlic is effective against staph, strep, and even anthrax bacteria.

Ginger has been traditionally used to treat viral infections including colds and flu in many cultures. An Indian report indicates that it promotes the immune system’s ability to fight infection and can be effective to help alleviate swine flu symptoms. Moreover, preliminary Indonesian study based on red ginger (Zingiber officinale var. rubra) oil on Avian flu virus can be implied that whole ginger may also be effective against many types of flu.

Onions and garlic share many similarities in term of biological activities due to their powerful sulfur-bearing compounds that function as potent antiviral and anti-bacterial.

Olive leaf has long being used traditionally against infectious diseases. Studies have shown that the olive leaf extract possesses antiviral as well as antibacterial properties.

Cloves are dried flower buds of the clove tree which is native to India and Indonesia. The buds emit a very strong aromatic odor, one of which is due to eugenol, a potent compound that acts as antiviral and antibacterial. Many Western herbalists and alternative medicine practitioners are said to overlook the great potential of using cloves as antiviral and antibacterial agents that might due to too focus on using local herbs.

Pomegranates have been known for hundreds of years for their multiple health benefits, including antimicrobial activity. Studies have indicated that pomegranates and their extracts may serve as natural alternatives due to their potency against a wide range of bacterial and viral pathogens.

Oregano is a herb native to the Mediterranean region that has been used for culinary purposes for centuries. An oregano species which is known as wild oregano has been highlighted in recent years as having potent antimicrobial (antibacterial) properties. It has been shown to be beneficial as antiviral and antibacterial and is said better than penicillin, streptomycin, vancomycin, nystatin, and amphotericin in its ability to annihilate pathogenic bacteria.

Besides containing acetic acid as a major organic acid, apple cider vinegar (ACV) is also believed to contain similar compounds found in fresh apples including bioflavonoids, carotenoids, vitamin C, many types of organic acids, esters, soluble fibers, and insoluble fibers, some of which may be changed to become compounds such as esters.

ACV is said to be able to remove toxic wastes (metabolites) harmful to the body and many of its phytochemical constituents are believed to act as potent antioxidants, anti-inflammatory, antispasmodic, antiviral, antibacterial, and antiflu.