How Pollution is Affecting Our Minds 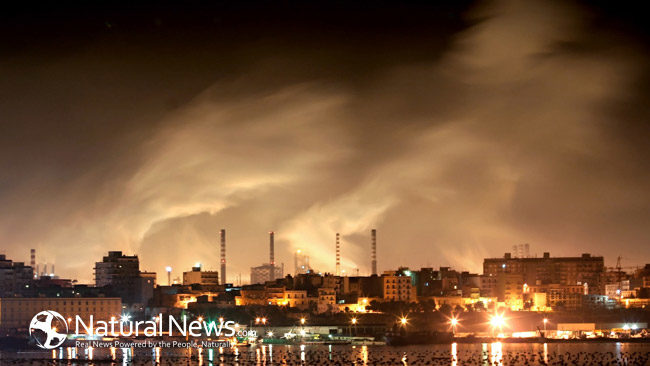 We’ve all heard countless examples of how manmade pollution is ravaging the Earth’s environment, but what about how it’s affecting our brains? Many studies conducted over the course of the last decade are examining just that, and their findings are worrisome at the least.

Pollution’s Effect on the Brain

Scientists have long known about the effects of fine particulate-matter pollution from power plants and factories on respiration and the cardiovascular system, but more and more evidence is leading to the discovery that the damage goes farther than previously believed.

In one study, women aged 70 to 81 who were exposed to these particles exhibited more cognitive decline, and higher exposure rates correlated with lower performance on measured cognitive-skill tests.

Another similar study focused on the effects of black carbon, or diesel exhaust, on older men in the Boston area. The findings showed decreased cognitive abilities linked to black carbon exposure, lending support to the notion that these particles negatively impact the brain.

These studies also lead researchers to posit pollution’s possible influence on the development of dementia, which is associated with prolonged periods of cognitive decline.

In laboratory experiments, polluted air exposure was linked to lower cognitive functioning, which manifested in memory loss and the mice struggling to identify escape holes. Mice have even demonstrated depressed moods and anxiety after pollution exposure. Researchers attribute these documented effects to disruptions in the hippocampus regions in the brains of these mice.

Brain dissection corroborated their theories, showing that the mice exposed to polluted air had shorter nerve cell branches (known as dendrites), along with lower cellular complexity and fewer neuron spines that transmit brain signals. The hippocampus in the mice also appeared inflamed. This area’s connection to learning, memory and mood helps explain the modified behaviors of the mice.

Lower IQ scores and poor cognitive development have been linked to air pollution in research studies, a troublesome concern for children who suffer exposure. In one study, expectant mothers were monitored throughout their pregnancies to record their levels of air pollution exposure. The 249 children who were born to these mothers were given IQ tests prior to entering school. The children exposed to the most pollution performed consistently worse by an average of four to five points.

Many of these children were also part of an additional study that showed evidence of genetic abnormalities, smaller newborn head sizes, lower birth weights, developmental delays and childhood asthma. All mothers in the study were nonsmokers, which lends support to the theory of environmental pollution’s role in these side effects.

Children who were exposed to black carbon at higher rates from birth to age 10 also demonstrated poorer performance on IQ and memory tests. One study even linked pollution exposure before birth to later attention problems, anxiety and depression.

One troubling research study (cited above in the APA link) found that public schools in Michigan within areas of higher industrial pollution concentration also showed lower school attendance rates and poor test scores among students. Poor air quality’s connection to child cognition is unfortunately a concern that is not being efficiently monitored or prevented by environmental quality policies.

Additional Effects of Pollution on the Human Body

Several additional physical effects of fine-particulate pollution have been theorized by scientists and researchers. These include:

Until further studies are conducted, the widespread effects and detrimental impact of pollution on the human body and mind remain unknown. However, research studies consistently show a dramatic link between air pollution and cognitive impairment, and scientists urge that these findings should not be taken lightly.

Continual education, awareness and implementation of environmental monitoring are all encouraged to help diffuse the harmful effects of pollution as much as possible.