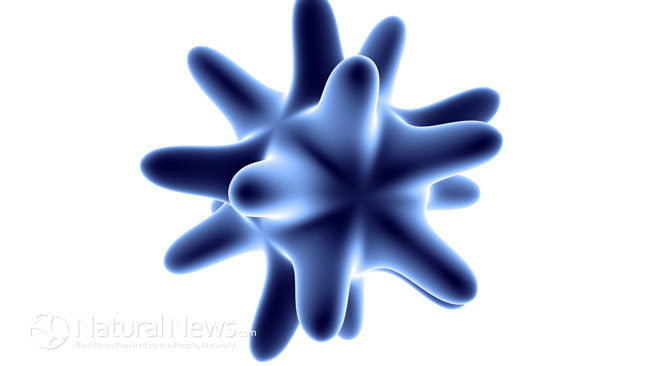 Serious outbreaks of poisonous algae blooms have hit 20 states in the United States this summer.  Many of these dangerous occurrences are in surprising places like mountain lakes and streams.

Though algae blooms are a normal part of summer, the toxicity, size, and frequency are worse than ever this year.

Scientists, water managers, and public health officials continue to scramble for a solution to this increasing public health concern.

Poisonous algae blooms are showing up in lakes and big reservoirs — like Lake Oroville and Shasta Lake, in California.  The outbreaks are also taking place along the Atlantic Coast, and in Florida, Rhode Island, Alabama, Utah, and Ohio, to name a few.

This summer’s massive algae bloom, that closed Utah Lake, made people sick and left farmers scrambling for clean water during some of the hottest days of the year.  In some places, the algae is spreading so bad, it looks like a huge can of green paint was spilled into the water.  And the poisonous algae blooms have a foul odor.

The poisonous algae outbreaks are forcing public health officials to shut down beaches in Florida.  The outbreaks are threatening ecosystems in California and other locations within the U.S., as well.

Bev Anderson, an algae expert and scientist with the California Water Resources Control Board, told NPR that water managers are anxious to find a solution — and they’re quite nervous.  She says, “Everyone’s on edge with the cyanobacteria.”

Every morning Anderson receives emails about outbreaks of cyanobacteria — or blue-green algae. She says California has posted danger signs in a minimum of 30 reservoirs and lakes.

Algae blooms can be caused by storm water runoff.  They could make bodies of water turn bright green — as if the water had paint spilled in it.

And if the algae has cyanobacteria, people become at risk of developing a variety of adverse health conditions — from skin rashes to symptoms of Alzheimer’s and more.

For instance, in Discovery Bay, a community about 60 miles east of San Francisco, resident Wade Hensley ended up in the hospital after diving in the water that contained poisonous algae.  His body went numb from the waist down.  It’s still numb.

“And, it was about three days of swimming.  Not constant, but in and out. And they can’t pinpoint exactly what it is.”

County health officials did find microcystin in Discovery Bay.  Microcystin is one of several toxins produced by algae. Symptoms that are more typical are fever, rashes, vomiting, and dizziness.

“We’re getting higher temperatures than we’ve seen ever in the past.  California had an unprecedented drought for the last five years which [has left] the water levels very low in a lot of areas.”

And when water is shallow, that means warmer water.  Additionally, fertilizer in water runoff from lawns, golf courses, and farms helps the algae spread.  Chemicals that kill algae can help.  But chemicals are only a temporary solution.  In addition, chemicals can also backfire by promoting other toxins.

In the mean time, Anderson offers some simple advice to swimmers and anyone with pets near water with algae blooms.

How to Alert Environmentalists of Harmful Algae Blooms

For example, Hilary Snook, a senior scientist with the Environmental Protection Agency (EPA) who works in a lab in Chelmsford, Mass., told a gathering of people in Rhode Island about a new mobile application people can download free on Android and IPhones.  It’s called, bloomWatch.

The bloomWatch app is the easiest way to participate in the Northeast Regional Cyanobacteria Monitoring Program.  If you want to be more involved, they highly recommend trying your hand at cyanoScope or their cyanomonitoring program.  They’re always looking for new recruits.

The way the app works is people can take photos of possible poisonous algae blooms and upload them to the app. Then they will add the name of the pond or lake where they took the photo, and additional information — like the current weather condition.

The uploaded information shared through the app will help public health officials, water managers, and scientists, who are engaged in tracking the poisonous algae blooms.

In the meantime, other than gathering information — the way it stands now — unless someone comes up with a solution there’s nothing to do but wait for the poisonous algae to hopefully disappear during the cold, winter months.