Poisoned potato chips! They really made them 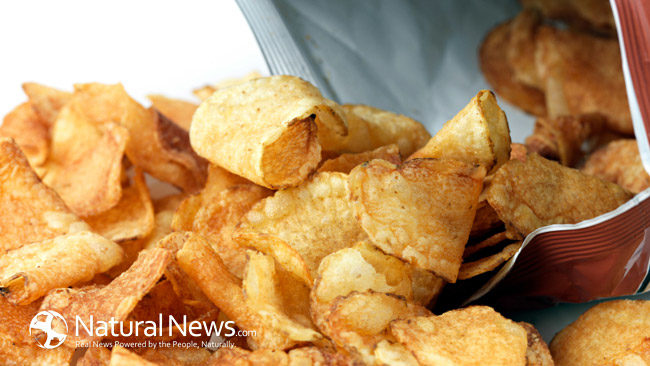 A while back, scientists from the USDA, Penn State and Wise Potato Chips cooperated on breeding a new potato that would make a better potato chip. It had to be low in moisture and lower than usual in sugar content. And after some trials they ended up crossing the South American wild potato S. chacoense with Menominee and with two other USDA seedlings and those with Cherokee and Earlaine to form a seedling they called B5141-6 and eventually named Lenape.

Lenape was an ideal potato for chips that not only had high solids content and low sugar, but had quite high yields in North Carolina, New Jersey, Pennsylvania and Texas, but lower in cooler Maine plantings. It also stored well, and excellent chips could still be made in January from potatoes dug in September.

And even better, it seemed to be resistant to late blight, mild mosaic and tuber necrosis. But soon after the potato was released for production, an Ontario potato breeder cooked some to see if they would be good eating potatoes. He soon felt nauseous, and after a second trial where he felt sick, he had them analyzed. To everyone’s great surprise they had a huge concentration of the alkaloid Solanine. In fact, while the average Russet potato contains 8 mg of solanine per 100g, the Lenape contained almost 30mg per 100 g.

All plants generate toxins to keep pests away. In fact Bruce Ames showed that 99.99% of the insecticides found on vegetables were created by the plants themselves and only .01% were from spray residue. Solanine apparently helped with pest and disease resistance, as long as you recognize that to the potato, humans are pests too. Solanine is the toxin that shows up in green potatoes, and if you ever have accidentally eaten one, you will know the symptoms of gas pains and stomach distress. In large enough quantities, solanine can actually be lethal.

The Lenape was quickly recalled and never got into the food supply. It is still available as breeding stock, though, since if the solanine could be reduced in new varieties, the other properties were great. It is the parent and grandparent of several successful chipping potato varieties.

But, you might ask, how this could have happened? Wouldn’t breeding with that wild potato produce some serious problems like this? How come no one ever tasted it sooner? Perhaps they only ate 1 or two potato chips which contained so little solanine that they didn’t react. Or perhaps solanine broke down at deep frying temperatures? We don’t know the answer to this, and it is worrisome that simple, conventional breeding can produce results like this.

Now the whole story is that the Lenape is a cautionary tale. The paper describing the Lenape was published back in 1968, and the Lenape was withdrawn in the early 1970s. This showed plant breeders that more careful testing was required before release of new plant varieties. This is now part of FDA guidelines.

Are these guidelines now being followed? We’d like to think so, but in any case, plant breeders are much more aware of their responsibilities after the Lenape debacle and this might be our best protection. We hope!

What could you do to avoid slipups like this potato that almost got to market?  You might think that organic crops would be safer, but the growing method doesn’t protect you if the potato itself is poisoned. So today that could be good advice, but then it wouldn’t have helped. Likewise, you would think avoiding GMO potatoes would be good advice. But this wasn’t a GMO potato so while you can take that advice today, a poisoned potato is still a poisoned potato. Probably the best advice back then would have been to buy locally grown vegetables where this dangerous new crop wouldn’t have intruded. Today, stick with locally grown and organic (which automatically means non-GMO). And hope that dangerous breeding techniques are now a thing of the past under the new FDA regulations that were developed after the Lenape fiasco!