Are Plastic Water Bottles Safe for Regular Home Use? 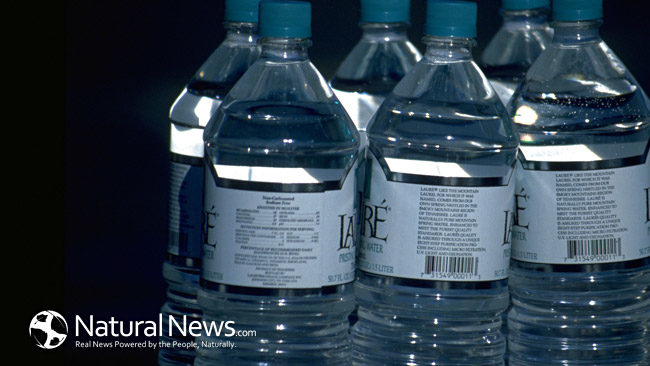 The internet is buzzing with all sorts of information on whether plastic water bottles are safe to use as water containers continuously and for extended periods of time. Some even claim that freezing water in plastic bottles can release dioxins that are believed to cause cancer.

Here are some simple truths on the matter:

There isn’t hard scientific evidence that supports the claims that plastic bottles release substances that can cause cancer.

These emails warning people of the possibility of getting cancer from freezing or heating water in plastic bottles have been exposed as hoaxes. There has been no scientific study that supports this claim and John Hopkins University has denied any involvement in these emails that often cite the medical school as a source.

“Generally they [plastic water bottles] are safe”, says Michael Moore, Emeritus Professor of Toxicology at the University of Queensland, “but it depends on the kind of plastic the bottle is made of.”

Plastic water bottles made of PET (recycling code: 1) or polyethylene terephthalate are often meant for single use, but this is not necessarily the case, as the FDA states that as long as these containers are washed with detergent and kept clean, they are safe for reuse.

Yet, there are possibilities that PET can contain unidentified substances that affect normal hormone levels in the body, though there is no extensive or solid scientific research to back this.

Polycarbonate (recycling code: 7), the material used to make sturdier, reusable water containers however, can release bisphenol A, or BPA, into the water as the plastic breaks down. Although most scientific studies state that the concentration of BPA is so low as to be harmless, most companies are no longer using polycarbonate due to the stigma it has to the public.

PVC, or polyvinyl chloride (recycling code 3), is an example of a dangerous plastic material for water bottles and are actually generally avoided. Not many companies make water bottles out of PVC.

It is also probably a good idea to simply check the reusable water bottles if it says BPA-Free, as BPA can be released by plastics other than ones coded ‘7’.

Also, it is better to use clear or transparent water containers than colored ones just to be free of the risk of the substances used for coloring being released into the water.

What are phthalates and why should heating water or food in plastic containers be avoided?

Phthalates are chemicals sometimes added to make plastics more pliable and less brittle. Phthalates however, can act as endocrine disruptors, affecting many aspects of the human body, including reproduction, immunity, and the body’s development.

Putting plastics through heat can cause these phthalates to be drawn out from the plastic. Aside from phthalates, other chemicals can also be drawn out, and so it is generally advisable not to heat or cook anything in plastics. Also, do not leave your water bottles in the car or exposed to the sun on a warm sunny day to avoid chemicals to end up in your drinking water.

Most widely used plastic water bottles are safe to be used and reused, but it is also important to know what materials were used in making the products we buy. Being informed in our choices gives us a bigger chance of living healthy lives.

Don’t forget to download my FREE Book “Amy’s Home Kitchen”, packed with my family’s favorite healthy, clean and delicious recipes. Or connect with me on Facebook or Google+

If you are interested in detoxing, clean eating, losing weight, and changing your lifestyle without feeling hungry and counting calories, click here