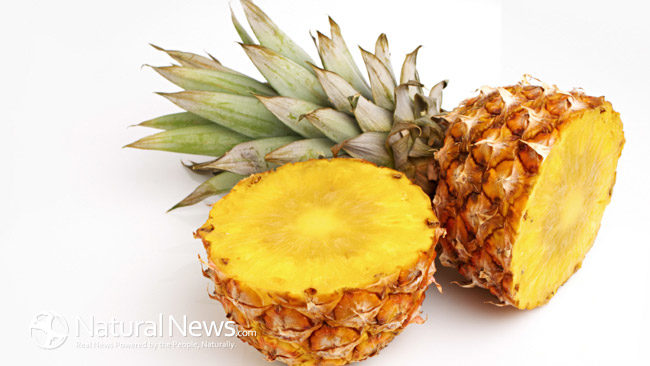 The cold temperatures, damp weather and short days that are a natural part of winter months can unfortunately weaken the body’s natural immunity and this, in turn, can lead to a variety of respiratory infections like colds, the flu, bronchitis or even pneumonia. All of these conditions can lead to similar symptoms such as congestion, cough, excess phlegm or sputum and difficulty breathing.

While there are plenty of over-the-counter remedies to help treat these signs and symptoms of these common respiratory infections, researchers have come across a new and unexpected way to help deal with these issues: the pineapple. Read on to find out more about what pineapple can do to treat these difficult (and sometimes dangerous) conditions.

Research on Pineapple for Respiratory Treatment

While pineapple does not seem on the face of it to be a likely source for natural treatment of respiratory conditions, there is actually a fair amount of evidence that shows this to be the case.

In one study, it was found that pineapple was able to ease hacking coughs and excessive sputum – not only when caused by viruses like the cold but also by more serious infections like tuberculosis (TB). This was backed up by further independent research on TB which studied the effect of a mixture of pineapple juice with cayenne pepper, raw honey and salt; this combination, according to researchers, was able to reduce mucus in the lung and airways of these very ill patients.

Yet more research which took place on the role that pineapple can play in treating respiratory disease found that, for those suffering from a cold with a cough, taking extracts from raw pineapple juice resulted in both a faster decrease in mucus and a speedier recovery time. As a matter of fact, using the pineapple extract helped people recover from their condition 4.8 times faster.

Why Pineapple Can Treat Respiratory Conditions

Researchers believe that there are two main reasons why pineapple appears to be such an effective treatment for respiratory complaints.

To begin with, pineapple contains an active ingredient called bromelain. This enzyme has powerful anti-inflammatory properties which help to reduce swelling in the throat, nasal passages and airways than can so often accompany respiratory conditions. It also acts more indirectly by improving digestion and allowing the body to more easily absorb the nutrients that it needs to fight off the invading bacteria or virus and recover more quickly.

Also, pineapple contains a high degree of Vitamin C. This natural antioxidant helps to strengthen immune system function but also helps to reduce oxidative stress in the airways caused by free radicals, leading to increased airway clearance and greater ease of breathing. This is very important for those with respiratory problems.

So, if someone is unfortunate enough to come down with a cold or the flu or a bacterial infection like bronchitis this winter, the best things to do include resting, pushing fluids and consuming pineapple to take advantage of the benefits it can give to those struggling with respiratory trouble.