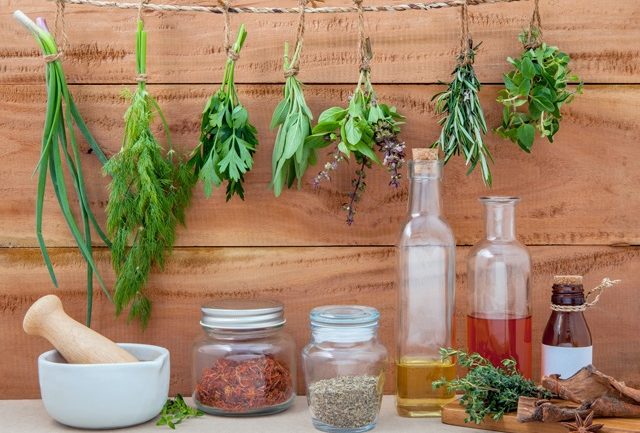 Over the last decade, essential oils have taken the UK — and much of the world — by storm as all-purpose household cleaners and deodorisers, relaxation aides and face washes. New data from physicians shows that many essential oils are also helpful in treating depression.

A new article published in Yahoo News notes that some physicians claim mild, situational forms of depression can be treated using essential oils.

While noting that essentials oils “are not a cure-all”, naturopathic physician Mark Sherwood of the Functional Medical Center in Tulsa, Oklahoma, notes that essential oils such as those found in lavender and chamomile “can help” in easing depression and improving general mood.

Sherwood’s observation is one of many linking essential oils — natural oils derived from extracts of lavender, ylang ylang and other plants — is one of many, with numerous doctors linking oils to improved mental and physical health throughout the last century.

The improvement in mood and treatment of depression can occur through the body’s olfactory system — better known as the sense of smell. Physicians believe inhaling some oils can trigger stimulation in certain parts of the brain.

This data isn’t strictly anecdotal; several studies have linked the use of essential oils to mood improvement, particularly in new mothers.

One study, from the Iranian Journal of Nursing and Midwifery Research, noted that women who used lavender oil in the weeks after childbirth were less stressful, less anxious and less likely to feel depressed than their peers.

Another, from the Biomed Research International journal found that in people suffering from long term, chronic pain, the use of aromatherapy oils resulted in a measuring improvement in anxiety and stress levels, with a significant reduction in depression.

Results appear to be fast, with the Biomed Research International study indicating a significant improvement after four weeks of aromatherapy treatment.

The cognitive benefits of essential oils, in particular the neuroprotective properties of lavender, are also of interest to physicians.

Many of the benefits of lavender oil observed in humans are replicable in non-human testing. A 2013 study of rats shows that long-term exposure to lavender oil led to a reduction in anxiety — a signal that the benefits of many essential oils are far from a placebo effect.

While the benefits of essential oils may be useful in treating depression, doctors advise that they shouldn’t be used to replace clinical and pharmaceutical treatments. Sherwood notes that using essential oils alone to treat depression is “kind of ridiculous.”

Dr Brent Bauer, of the Mayo Clinic, recommends that people suffering from depression view oils as a supplement to treatment, not a treatment on their own:

“Once you have a good foundation from a conventional standpoint, you can jointly explore where other complementary therapies — such as aromatherapy, exercise, meditation, yoga [and other approaches] might be right for you.”