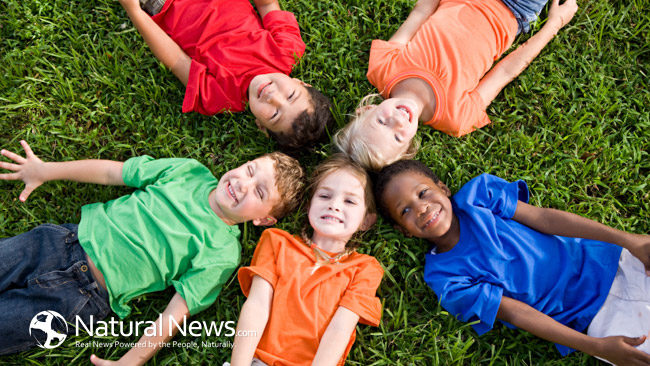 For parents who are struggling to get their kids off the computers or video games and into the back yard to run and play, science may have found the ultimate bribe.

Research examining the brain function of children has shown that aerobic exercise has a positive and beneficial effect on the area of the brain responsible for memory and learning.

Conducting a research project that examines various aspects of how children’s brains are impacted by different physical activities and routines, researchers have reported some of their findings in the journal, Frontiers in Human Neuroscience.

A project overseen by Laura Chaddock-Heyman a postdoctoral researcher at University of Illinois, along with Community Health Professor, Charles Hillman and Psychology Professor and Beckman Institute Director, Arthur Kramer,  the group sought to explore the relationship aerobic activity has on the white matter development in a child’s brain.

Previous research on adults showed a positive effect, but the mind of a child, not fully developed and constantly growing and changing, does not necessarily respond the same way.

Using diffusion tensor imaging (a form of MRI), the researchers observed the white matter tracts of 24 children aged 9 and 10. What they discovered during the experiment was that those who had engaged in aerobic activities had more fibrous and compact white matter in the brain.

The findings are significant, and extend previous studies on the same topic. When scientists refer to white matter, they are speaking of the axons, which transport important nerve signals throughout different areas of the brain. The transport of these signals through nerve activity is the brain’s action while thinking. The more compact the white matter is, the more proficient the nerve activity will be.

Controlling for different variables such as learning disabilities, puberty and social or economic status, the data from the experiments clearly showed aerobic fitness had significant positive influence on several key areas of the brain.

The results of this study were substantial enough that they prompted researchers to delve further in the relationship that physical fitness plays in developing a child’s brain, as well as their ability to learn and retain information.

The team is currently in the midst of an adjacent, five-year study, which will hopefully reveal more about fitness and cognitive function. The results could invite a new participation level in schools and other fitness activities, if it can be proven conclusively that physical fitness helps kids develop cognitive skills and gives them an edge in school.