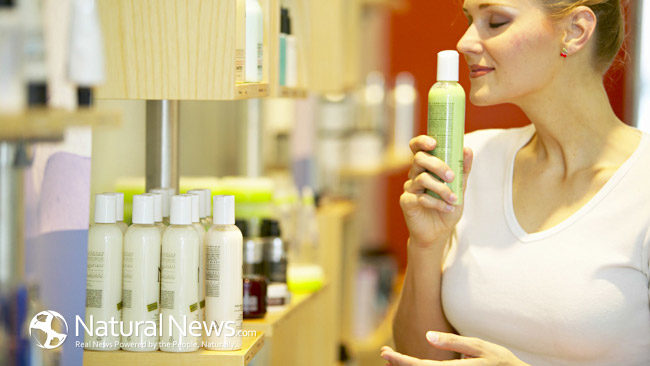 Phthalates are commonly found in nail polishes, perfumes, moisturizers, soaps and hair sprays. Not only are phthalates contained in many of the products women use today, but they are also found in adhesives, toys and electronics. In a current study, it was found that several chemicals used in personal care and beauty products increased a woman’s risk of diabetes. When these chemicals enter the body, there is an elevated concentration of phthalates, which can cause disruption in the body.

In a study of over 2300 women in the United States, researchers studied their urine for levels of phthalates. The women with higher levels of mono-osobutyl phthalate and mono-benzyl phthalate were found to be at higher risk of developing diabetes than those with lower levels of these chemicals.

The women with above average concentrations of mono-(3-carboxypropyl) phthalate had a 60 percent heightened risk of developing diabetes, while the women with higher levels of di-2-ethylhexyl phthalate and mono-n-butyl phthalate increased their risk of diabetes by 70 percent.

This study led by Boston researcher, Tamarra James-Todd, who is based in the women’s health division at Brigham Women’s Hospital, was published in the Environmental Health Perspectives journal on July 13, 2012. In a hospital news release, James-Todd said “This is an important first step in exploring the connection between phthalates and diabetes.” She went on to continue, “We know that in addition to being present in personal care products, phthalates also exist in certain types of medical devices and medication that is used to treat diabetes and this could also explain the higher level of phthalates in diabetic women. So overall, more research is needed.”

Many of the women featured in the study confessed that they had diabetes, and knowing such facts professed a far less ideal method of attaining research. Although the study discovered a potential link between phthalates and diabetes, it has not proven a cause and effect association. The overall findings are far from conclusive.

Phthalates are industrial compounds used to package food; toys, electrics and automobile plastics, plus they also feature in deodorants, lotions, soap, and shampoo and nail products. An estimated 1,000,000,000 lbs of phthalates are produced annually.

An animal study on phthalates discovered that high concentrations of this chemical in the body can lead to birth defects in the reproductive system of men, including absent testicles, physical penis defects, and undescended testicles, although researchers must conclude what is a safe level of these chemicals.

Diethylhexyl phthalate (DEHP) is particularly hazardous to health, and the National Toxicology Program reported plausible findings purporting that DEHP affected the development of Sertoli cells, which are vital to sperm formation. While it was found that DEHP did not cause direct damage to Sertoli cells, a metabolite of DEHP did.

The Dangers of Phthalates

Besides causing hormone disruption in both men and women, phthalates have also shown to damage the reproductive system, kidneys, lungs, and liver in animals. The chemicals are readily absorbed through the skin. Manufacturers use phthalates so the product is better able to cling to skin. Billions of women use hair products, perfumes and nail polishes, and the product’s staying power is all down to the use of these chemicals. In essence, phthalates provide the consumer with more product for the same price, but at an increased risk to health.

The Center for Disease and Control in the United States found that 5 percent of women aged between 20 and 45 had higher levels of phthalates than researchers originally theorized. Of course, the industry backing phthalate research denies an increased risk to health when the body is exposed to these particular chemicals.

Despite the mounting evidence that they increase the risk of specific health concerns, phthalates are still added to products in Canada and the United States, but they are now banned in Europe. What is even more shocking is how the Food and Drug Administration (FDA) in the US claimed they would be enforcing a law whereby specific labels had to detail the potential health risks, and still the labeling has not occurred, even though almost 99 percent of personal care and beauty products contain at least one ingredient that has not undergone thorough testing.

How To Protect The Body From Phthalates

Phthalates are still used widely in beauty and personal care products in Canada and the United States. Studies have shown they can increase the risk of diabetes in women, and lower sperm production in men, but there are ways to avoid your exposure to these hazardous chemicals.