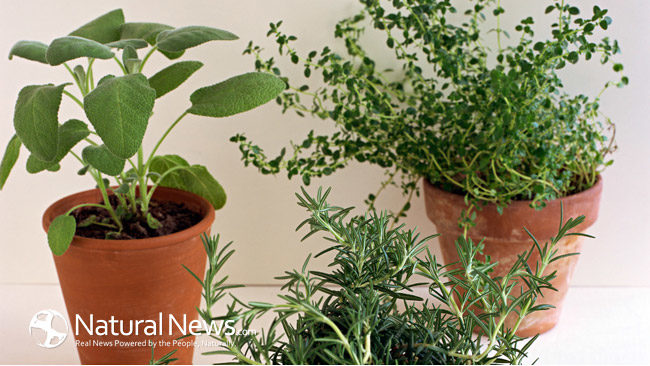 These are the famous words of a famous folk song “Scarborough Fair”, and the herbs that hold the door to a world of healing. This widely acclaimed foursome is the stuff of herbal medicine and home remedies and they have some wonderful healing properties that we could all do with.

Parsley: Lore has it that the Romans gave parsley to gladiators before the fight. Such is the power of this unassuming herb that grows wild in your backyard if you let it. It has been used for over 2000 years in herbal medicine. According to science it is a veritable powerhouse of vitamin C and a host of minerals. Parsley root is used as a diuretic and in the treatment of kidney and bladder problems. Parsley tea is effective in the cure of water retention or the abnormal accumulation of fluid in certain parts of the body. Herbalists recommend parsley for elimination of toxins from the body. It improved blood circulation in the pelvis and can be used to treat menstrual problems. The leaves have antiseptic action on the digestive system, urinary tract and bladder. It is not recommended for pregnant women in medicinal form.

Sage: As the name suggests, this little plant with light grey-ish green leaves and purple flowers has a sanguinity about it. It exudes healing energy and can be used as a smudge to clean the air in your home or sacred space. Sage has anti-microbial and anti-viral properties. It is used to help women go through the journey of menopause with relative ease and with less discomfort. According to ancient herb lore, sage was considered essential to healing practice and was dubbed “sage the saviour”. It was highly placed as a medicinal plant during the middle ages and was even used in a herb mix to ward off the plague. It is considered a tonic, emenogogue, diuretic and hemostatic. In the classical era it was revered to the point where people said “why should a man die when sage grows in his garden.” It is also known to have antiseptic and astringent properties.

Rosemary: Rosemary is considered a symbol of rememberence in some cultures. It is associated with memory and recall, enhancing those capacities of the brain. In Latin, Rosemary can be translated as “dew of the sea”, describing its propensity to prosper along the sea shores of its native land. During the middle ages it was believed that rosemary could ward off negativity, dispel evil and ward off nightmares. Rosemary is also used to clear the air in sacred spaces, as an incense or in a smudge. It was once thought to be useful in the treatment of migraines, muscle and joint pains and improper digestion. Rosemary has anti-microbial and anti bacterial properties and can be used to treat skin and scalp problems. It is a store house of salycilic acid which could be the reason why the oil of rosemary, when rubbed into rheumatic joints, provides relief. Modern scientific research tells us that rosemary is full of certain phytochemicals that prevent the decline of acetylcholine in the brain, which is an essential chemical used in neuro transmission. Hence, we are told, rosemary may have an important role in the prevention of Alzheimer’s disease in the future.

Thyme: it was used by the ancient Greeks for embalming. They used it in their baths and in temples and believed that it bestowed upon the user, courage and fortitude. This herb was used in the middle ages to aid sleep and keep nightmares at bay. Thyme was used during funerals or for the dead as a way to ensure their passage into the next life.
In herbal medicine, it is used to treat various respiratory conditions such as bronchitis or asthma or laryngitis. It is also a good anti-fungal agent . it can be used in the treatment of indigestion, diarrhea, gum disease, dandruff and hair loss. It is good for gout and rheumatism as it is capable of eliminating uric acid from the body. It can offer immune support by helping in the fight against coughs, colds and the flu. It has anti-rheumatic, anti-spasmodic, carminative, expectorant, diuretc, emanagogue, expectorant properties.

While these herbs can lay claim to numerous healing abilities, they would most certainly have contraindications or instances where they should not be used. As always, it is best to see a doctor or a medical herbalist before embarking on any serious treatment using these herbs. What is obvious, however, is that nature can show us the way if we remain open to it.