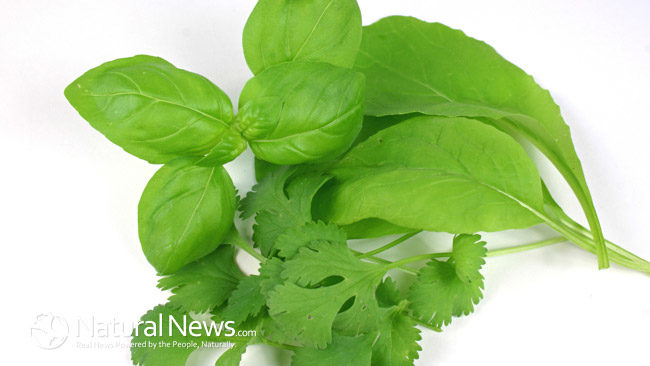 Lung cancer is the most common cause of death from cancer in the United States and now kills more people than the next three most common cancers combined. As of 2014, the American Lung Cancer Association estimates that around 1/3 of all cancer deaths result from this form of the disease. That translates to around 159,260 cases annually.

The numbers are grim, and it also appears that the most common form of lung cancer, called non-small-cell lung cancer, does not yield well to conventional treatments. That is why the study below, which seeks to find a natural treatment for the cancer based on compounds found in parsley, offers hope to lung cancer patients that there may be alternatives remedies to choose from in the future.

The 2013 Study on Apigenin in Parsley

This study, later published in 2013 on PubMed, a site from the National Institute of Health for disseminating information on medical research, found that a compound in parsley called apigenin was able to kill up to 86% of lung cancer cells in vitro, meaning that the experiment took place in a petri dish, with the cancer cells being exposed to this compound there rather than in a laboratory animal.

Apigenin is a compound which is available from a variety of fruits and vegetables, including celery, oranges, onions, artichokes and wine made from red grapes. However, parsley appears to be one of the richest sources of it, especially when the parsley comes in a dried form. The apigenin then accounts for approximately 4.5% of the weight of the dried parsley, a high concentration indeed.

This 2013 study is not the first to look to apigenin as a potential cure for cancer; it is, in fact, just the most recent part of a growing body of evidence whose preliminary results show that this phytocompound could well hold the potential for developing new and more effective cancer treatments.

One study, for instance, which came out of China in 2005, sought to discover the means by which the apigenin in parsley was effective against the growth of lung cancer cells. This study, published in the online journal, Molecular Pharmacology, found that apigenin is able to inhibit lung cancer cell proliferation through blocking a certain pathway, called the Nrf2-ARE. Blocking this pathway, simply put, stops the cancer cells from being able to reproduce.

This research seems to be confirmed by a separated study which took place at the Comprehensive Cancer Center at Ohio State University. It was found that the apigenin compound – applied this time to breast cancer cells – was able to inhibit them through changing a step in the regulation of their genes which reverted them back to normal cells, which are preprogrammed naturally to die after a given period of time.

In short, then, there appears to be several studies which have been consistent in their findings that apigenin may well prove to be an efficient cancer treatment. Further research will hopefully be done on this subject with the aim to developing a new therapy that will offer fresh options to those battling this difficult disease.