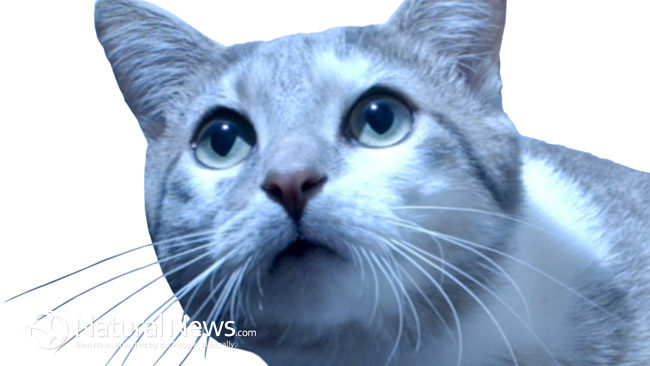 A parasite found in cat feces is linked to influencing people to explosive bouts of rage, according to a new study. Toxoplasmosis is a disease that results from infection with the Toxoplasma gondii parasite. This parasite is one of the world’s most common parasites — found in cat feces, undercooked or contaminated meat, contaminated vegetables, or tainted utensils.

Toxoplasmosis affects about 30 percent of all humans. Nearly 60 million Americans are thought to have toxoplasmosis.

And, if a woman becomes infected with this parasite just before or during pregnancy, it can be dangerous for the baby. People with weak immune systems are more susceptible to contracting this disease, as well.

A recent study published in the Journal of Clinical Psychiatry suggests that people who are likely to have explosive bouts of rage might be under the influence of toxoplasmosis.

Lead researcher of this new study, Dr. Emil F. Coccaro, Professor and Chairman of the Department of Psychiatry and Behavioral Neuroscience at the University of Chicago, told National Institutes of Health (NIH), that people diagnosed with intermittent explosive disorder (IED) are more than twice as likely to carry Toxoplasma gondii — the parasite that causes toxoplasmosis.

Dr. Coccaro said, “If you’ve got someone with aggression problems, you might check them for toxoplasmosis. People who blow up have a real problem. It’s not just a character problem or bad behavior. There’s something underneath that’s driving it.”

An intermittent explosive disorder involves impulsive and recurrent outbursts of physical or verbal aggression that are disproportionate to the situations that caused the anger.

According to Dr. Coccaro, “They’ve got a short trigger, and when they’re threatened by something, they blow up.”

The study authors report that 16 million Americans are thought to be affected by IED — more than schizophrenia and bipolar disorder combined.  This latest research found that twenty-two percent of 358 American adult participants they evaluated for IED tested positive for toxoplasmosis.

The U.S. Centers for Disease Control and Prevention (CDC) cites toxoplasmosis is considered a “leading cause of death attributed to foodborne illness in the United States.” In the U.S., more than 60 million children, women, and men carry the toxoplasma parasite.

However, very few people have symptoms because their immune system may be capable of keeping the parasite from causing the dreaded illness.

However, the CDC notes women who are newly infected with toxoplasma during pregnancy, and anyone with a compromised immune system should be aware that toxoplasmosis could have severe consequences.

Pet owners can evade infection by keeping their cats indoors. Keeping cats indoors prevents them from eating the raw flesh of wild animals that might carry the parasite. When cleaning a litter box, it’s also very important to avoid contact with cat feces to reduce the risk of contracting the toxoplasmosis infection.

Dr. Greg Nelson, Director of Surgery and Diagnostic Imaging at Central Veterinary Associates in Valley Stream, N.Y. told NIH, “People can acquire the disease from cleaning litter boxes, particularly if infected fecal matter has remained in the box for several days. So, clean the box daily. Do not let immune-compromised people or women who are pregnant or who may become pregnant clean the litter box.”

Most people affected with toxoplasmosis never develop signs and symptoms. However, some people may develop flu-like symptoms. For infants born to infected mothers and for people with weakened immune systems, toxoplasmosis can cause extremely serious complications.

People who are generally healthy probably won’t need any treatment for toxoplasmosis, according to the Mayo Clinic. However, women who are pregnant, or have lowered immunity, may require certain medications to help reduce the infection’s severity.

Prevention is the best approach to avoiding a toxoplasmosis parasite infection.