“Orthorexia nervosa” – a veiled attack on your health 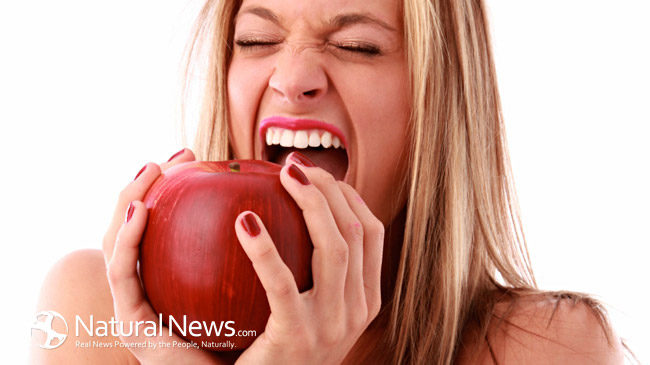 “Orthorexia nervosa” is the psychiatric industry’s veiled attack on organic food, your health, and the organic food movement.

Concerned about toxic and unhealthy ingredients in your food?  You may suffer from “orthorexia.”

A more precise definition of “orthorexia nervosa” is “a pathologic obsession for biologically pure foods.”

In other words … don’t like GMO’s, Monsanto, or unhealthy junk food?  Well, the road is being paved to classifying you as a psychotic; and most likely, to line you up for the same type of “mental treatment” reserved for serious sex offenders and paranoid schizophrenics.

This scary-sounding “mental disorder” has been deceptively coined from the Greek words “orthos”, which means “accurate, straight, right, valid or correct” and “orexis” meaning “hunger” or “appetite. “ And thus we turn a natural, completely sane and rational concern for proper nutrition into an “obsession with health and proper nutrition.”

The tactics being used to concoct this new disorder are so actively dishonest that it is difficult to believe. Virtually none of the “scientific papers” published on this subject involve nutritionists or actual MDs. The vast majority of the papers that have been thrown together list only psychiatrists as contributors – psychiatrists with no actual knowledge of medicine or nutrition.

It is notable that the published studies on orthorexia utterly fail to present any scientific analysis of the condition. Instead, one will find clever uses of marketing and deception posing as “science,” such as:

Probably the most outrageous and deceptive “study” is entitled Microthinking About Micronutrients: A Case of Transition From Obsessions About Healthy Eating to Near-Fatal “Orthorexia Nervosa” and Proposed Diagnostic Criteria.

Here, the invention of a new word, “microthinking,” and the scare tactic of including the term “near-fatal,” are used in the title of the study – in an attempt to add legitimacy and urgency to the condition.

Equally disturbing (yet almost comical if it were not such a blatant attack on our health), are “scientific” statements such as:

“Orthorexia nervosa can be regarded as a harmful behavior, because healthy eating is connected to fear and worries about health, eating and quality of food.”

This is the equivalent of stating that waiting at the red light at a crosswalk “can be regarded as harmful behavior because it denotes fear and worry about being run over by motor vehicles.” It takes a very wide stretch of the imagination to see this as a problem. It is probably only fair to say, however, that the whole “science” of psychiatry has been excessive in imagination.

A closer look at the papers published on orthorexia hint at a much darker and more sinister motive than concern over your wellbeing. It looks more like a cleverly-disguised attack on health food, natural practitioners, and the alternative health movement. Unfortunately, but not surprising, some psychiatrists are more than willing to make a quick buck on this. After all, it is a well-known fact that they have been the willing accomplices and bedfellows of the pharmaceutical industrial complex for the better part of the last century.

Nowhere is this spelled out so clearly as in the Archives of Psychiatry and Psychotherapy, 2012; 1: 55–60:

“We should take into consideration that popular media and the food industry (e.g. “natural” foods, “organic” foods) also have influence on the development of orthorexia nervosa. “

Should this fictitious condition make it into the psychiatric bible, The Diagnostic and Statistical Manual of Mental Disorders, it would open the door to violations of basic human rights and freedom of choice. Though this might sound farfetched, it would make it possible for child services to demand psychiatric medication for children, or worse, that they be removed from their homes, if the parents were “obsessive about proper nutrition for their children and forbidding junk-food.”

Please help spread the word, by sharing this article with your friends and concerned parents.

William Tucker is the co-owner of Living Clean, LLC and the Vice President of D&Y Laboratories, Inc. “As with science,” he states, “journalism and reporting must ultimately hinge on truth, based on fact and supported with actual evidence. As Galileo Galilei famously stated, ‘In questions of science, the authority of a thousand is not worth the humble reasoning of a single individual.’ All reporting should be questioned, including my own.” Visit William’s websites at LivingClean.com and DoubleHelixWater.org

William Tucker is the co-owner of Living Clean, LLC and the Vice President of D&Y Laboratories, Inc. "As with science," he states, "journalism and reporting must ultimately hinge on truth, based on fact and supported with actual evidence. As Galileo Galilei famously stated, 'In questions of science, the authority of a thousand is not worth the humble reasoning of a single individual.' All reporting should be questioned, including my own." Visit William's websites at LivingClean.com and DoubleHelixWater.org