Obamacare vs NHS – Which is Better for Patient Protection? 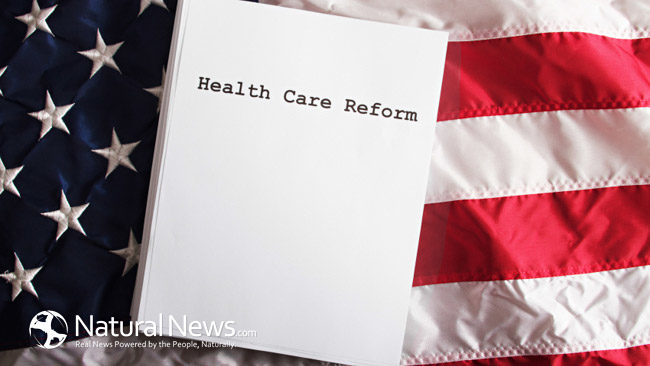 With the advent of Obamacare in the US, and what many are seeing as the privatisation by stealth of the UK’s National Health Service (NHS), there is certainly no shortage of opinions about which system is better. While the overarching debate concerns the relative merits of private vs. social healthcare systems, for many people the key issue is how the NHS differs from the Affordable Care Act in regard to medical negligence and patient protection.

The Differences Between the ACA and the NHS

To understand the differences, let’s first take a look at the way Obamacare and Britain’s NHS work. Under Obamacare everyone is required to have medical insurance in order to receive treatment, and almost everyone has to pay a co-payment to their insurer after treatment.

Under the NHS, no insurance is required, everyone is covered, everyone can get treatment as needed, and there is, arguably, more of an emphasis on establishing preventive health care to cut the costs of the overall system.

The Disadvantages of the ACA and NHS

The downsides of the NHS are that waiting lists for treatment may be very long, innovation and improvement is not necessarily encouraged, and standard of care can vary widely across regions, cities, and even clinics within a city.

The major downsides of the ACA are that people still have to sign up and pay to become insured, have to pay the insurance themselves, and can still end up being bankrupted by treatment because of the required co-payment.

When it comes to patient protection, it may be argued that Obamacare is a step in the right direction for the US, helping more people actually access medical assistance when they need it. This system does not encourage preventive medicine however, as costs for elective medical consultation can be prohibitively expensive. When sick people end up paying more for emergency treatment, private health care systems will do nothing to encourage people not to get sick.

Patient Protection on the NHS

In the NHS, the system is, at least in part, designed to encourage regular check-ups and preventive approaches to lifelong health as this is better for the system itself. The better the general health of the population, the fewer expensive emergency procedures are needed and the lower the overall cost of running the NHS.

On the flip side, it can be argued that because people are paying for private health care in the US, there is more of an incentive for health care providers to offer innovative health care and better service. Patients are treated more like customers than patients, and dissatisfaction can mean poor ratings and a loss of customers to a rival provider.

This is borne out by the average HSMR for England of 122.4 (the highest of the seven countries examined) being 58% higher than the most favourable country examined, the US, at 77.4. In 2012 a patient was 45% more likely to diet in the average NHS hospital compared to those admitted to a US hospital, and those over 65 were five times more likely to die of pneumonia in an English hospital, and twice as likely to die of blood infection, than patients in the US.

In the UK, the nature of the socialist health care system means that when something does go wrong, there is usually nobody specific to blame and little room for a medical negligence claim. Rules on this are changing, following disturbing reports about numerous avoidable deaths at hospitals. It is expected that a new ruling could allow for medically negligent doctors and health care workers to face up to 5 years in prison.

Medical Malpractice and the ACA

Things are also changing in the US, as the Patient Protection and Affordable Care Act (ACA) includes a remit to disperse some $50 million (USD) in demonstration grant money between 2011 and 2016 to facilitate the development, implementation, and evaluation of alternatives to current tort litigation. The likely changes in the system include implementation of a program to mandate a certificate of merit be issues to a suit before it is able to proceed to trial. Specific health courts would also be established, so that the case is heard by a panel of medical experts instead of a lay jury.

The onus is on each state to apply for these grants and to use them to create an alternative medical liability reform (MLR) system. This would involve the curation of data on patient safety in order to encourage improvements in health care quality. These measures are but a small part of the ACA, however, and critics have stated that more needs to be done to protect patients.

Is a Private Health Care System Better for Patients?

In the UK, the debate still rages over whether the increased outsourcing of NHS services to private companies is better or worse for patients in the long-run. Private companies focus on their bottom line, rather than measuring success by the health of the people they treat. Also, the more money spent on privatising services, the less is available to invest in improving the system as a whole. Conversely, privatising services can help cut waiting lists in some cases, and offer patients a better standard of care in the short-term.

So, when it comes to medical malpractice and patient protection, neither of the current systems at work in the US or Britain are perfect, and there are champions and detractors for both. The key thing is that patients understand their rights under each system, and take action accordingly if they feel that they have experienced malpractice.