Obama must push the “stop” button before he leaves the office 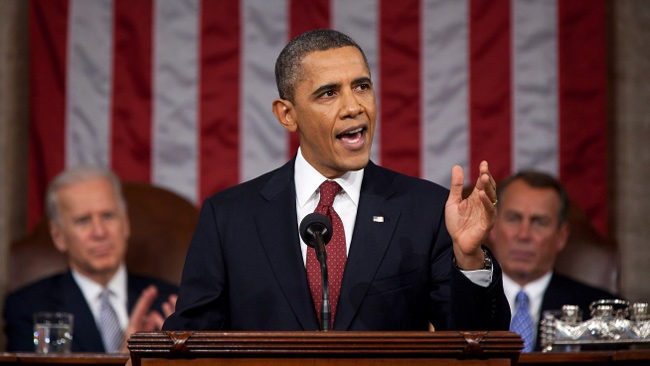 When the American people elect a person as their president they would expect him to run the country by managing the economy, understanding international relations and tackling social policy. Personally, I have watched many republicans and democrats promise this and that in elections, then change when they got into office. They weren’t lying, they just did not know everything, and they hadn’t walked a mile in those shoes. When they got into the office, they found the situation much more complex. Like this president, Obama. As he came to office, he promised he would end the two ongoing wars. But he ended up initiating another war, this time under the pretext of “Arab Spring”.

Since 1980, we have invaded, occupied and/or bombed at least 14 different Muslim countries. In fact, these wars were actually bloody battles that have claimed hundreds of thousands of American lives and trillions of dollars of debt. For the republicans and democrats who are debating over the tactics of wars every day, the question that you will never hear is “Are we going to see an end to these wars in our lifetime?”, as General Charles F.Wald told the Washington post. Fighting terrorism, containing Iran, securing oil, defending Israel are among the reasons why we are still staying the course in Mideast. But the question is: do all these reasons really justify the terrible cost or even make any sense?

As the Obama administration is sending troops to “the cauldron of death and destruction”, it’s time we questioned the reasoning behind such a policy in Mideast which have turned out to be a “noxious farce”. The president had a policy: No boots on the ground. He broke his word, again, and by sending only 50 there. If ISIS slaughters them or captures them, Obama will have yet more escalation. Deploying a small number of American troops in Syria has less to do about fighting ISIS and more to do with supporting Anti-Assad rebels. Looking at the big picture, Mideast Sunni Arab regimes such as the Saudis want Assad gone.

Ordinary citizens ask why we are slogging deeper and deeper into the quagmire of endless wars, in spite of Obama’s pledge to remove troops when he ran for President, I feel that the president is caught in the triangle of (A) people who want an end to perpetual wars, (B) people who want America to fight perpetual wars, and (C) doing what he had to do to keep the war dollars flowing.

Sticking to perpetual wars might be an efficient generator of votes and private profit, but an ugly business all the same which is built on exploiting the patriotism of America’s young people. It’s about time we admitted that Assad has survived Obama’s coup attempt. Evidently, the Saudis and other Gulf State Sunni regimes have used us, the American People, and our soldiers to provide free security services for their hate filled radical regimes in order to prop up their failed governments and to aid them in the religious war against the Shiites and spread their Wahhabi[1] brand of Islam[2] which is a complete disaster followed by a fully-fledged package of hate for the poor people of the region. Enough is enough. In my opinion, the United States needs to totally disengage from the Mideast as the Saudis and their allies are not worth the lives of a single US serviceman or woman.

To conclude, we need to preserve our democracy, our freedoms here at home. No occupation justifies the loss of lives of our brave men and women. In all seriousness, the outcomes of wars aren’t predictable and this president’s approach has been indicative of a primary flaw in his leadership. We need true leadership in this country that can turn the country around to prevail over the problems we are facing here at home. Maybe, continuing to vote for the two-party system is not a viable option for the future we are looking for.