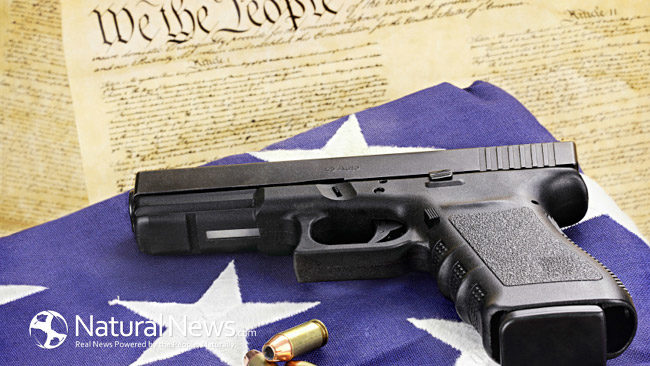 Obama has finally pushed through much needed gun control policies via executive order today beyond our wildest imagination. Finally using his executive powers to strengthen our country and for the greater good by moving to reduce gun violence. Someone needed to look out for the public and the children. His orders will swiftly crack down on the mega arms-dealers whose proliferation of weapons of war have, for too long, brought about mass violence. Weapons dealers who for too long have been operating outside of the law with reckless impunity leading to the deaths of too many mothers, fathers and innocent children. This was the greatest move any president has made to end the mass bloodshed and carnage caused by those that create and arm terrorist groups as proxies for their own gain. Using our embassies around the world as fronts to do so.

That’s right folks! Obama has just reeled in the CIA and paired back their powers. And he didn’t stop there! He has pulled them out of the drug trade too to ensure that they cannot fund their arms deals, covert operations and wars with off the books drug money any longer. Ending their long enduring, cozy relationships with the drug cartels, immediately crashing the master drug industry hubs around the world from Afghanistan to Columbia. Just like we saw happen with the French Connection and the Golden Triangle when they shifted their efforts away from France and South East Asia. Whatever will the private, for-profit prisons and drug-money laundering bankers do now with the multi-trillion dollar industry going down?

But that’s not all! For a limited time, since the CIA and their cartel buddies no longer need armed gangs on the streets to peddle their wares as people are gunned down in places like the President’s home town of Chicago, in their own homes, on their streets and on their playgrounds – he has chose to go even further. He has agreed to repeal the globalist policies he has been expanding under his two terms, ending decades of economic terrorism enacted by our modern day presidents and the traitors in both political parties, so that the people can get back to sustainable work due to local job creation and increased economic opportunity. See he knows that to further end the senseless shootings caused by gang violence that he needs to stop causing poverty and lift people out of it by constructing a dynamic economy for them rather than tearing it down and sending it oversees bit by bit. On top of that he has also chosen to end the Federal Reserve and restore sound money, ending the banking cartels ability to use their central banking schemes to rob Americans of their wealth like criminals in the night. With all of our newfound prosperity people are sure to be better off and shoot other people less.

And as if that weren’t enough already! As an added bonus he has decided to further his unprecedented unilateral efforts to end mass gun violence by forcing psychiatrists out of schools and ending the mass drugging of our youth while their brains are still developing. He vowed to continue his crackdown by targeting pharmaceutical companies whose drugs are now responsible for more drug addiction and overdoses than street drugs. Companies whose drugs have been implicated in virtually all of our mass shootings. And just for the heck of it, since he has already went the extra mile for our mental health and well being in order to stop people from snapping from the stress of our orchestrated economic decline, expanding poverty and brain altering drugs, he said, “Why stop there?” He announced an end to official government policy of dumping neurotoxins in our water and allowing them to be sprayed on our food and dropped on us from above, and injected straight into our children’s blood streams. Change has finally come as promised!

And then I woke up and found out that all he really did was engage in the typical fear mongering, telling people that felons can purchase guns on online stores without background checks. You know. Because those guns just come straight to your door without going through someone with a Federal Firearms License. And he convinced those gullible people that changes in the definitions of “sellers” etc. will help these types of nonexistent problems and somehow make us all safer while doing nothing to actually curb gun violence. And let’s not forget that he probably helped to sell hundreds of thousands of more guns in the build up to this crescendo. He is a great salesman after all. So those on the Left should be grateful for that. Hoorah!