Non-Hodgkins Lymphoma, Stage 4 — How One Young Woman Reversed It in 4 Months 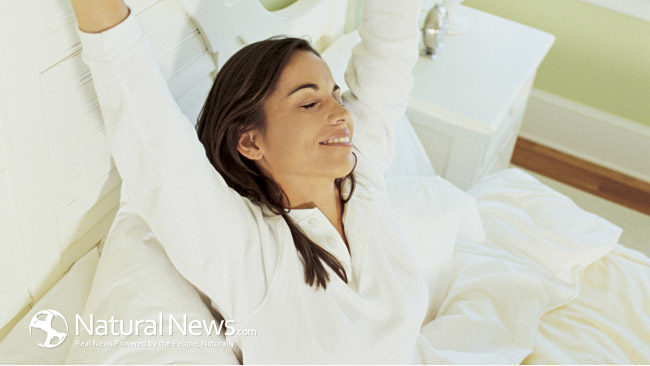 Stage 4 Non-Hodgkins lymphoma is not supposed to be this simple to reverse, is it? We make no claims, we’re just reporting what happened, which was confirmed by a family member.

What is shocking is that Non-Hodgkins lymphoma usually only appears in those in their 60s or older. This case occurred in a 34 year old mother of three.

Stage 4 is a designation for a cancer that has metastasized, in this case to all of her lymph nodes, and beyond to an organ or two.

The Mayo Clinic Website tells us that prior infections with HIV and Epstein-Barr are risk factors, as well as the bacteria Heliobacter pylori, which is often thought to be the cause of ulcers. (These were not a factor in this woman’s case.)

Pesticides and herbicides are believed to play a role in causing Non-Hodgkins lymphoma. Toxic chemicals are poisons and shouldn’t cause any surprise when they are linked to the causation of a cancer of our lymphatic system which is a partner with our immune system that protects and detoxifies poisons we come in contact with.

So, we know what we need to avoid, but — once we get Stage 4 Non-Hodgkins Lymphoma — how might we get rid of it, in a natural way?

Here’s what one woman did:

She did some research on the Internet and talked to a friend who had successfully beat his own cancer.

She stopped the chemo treatments after her second session.

Here’s the regimen she used:

“No dairy, no gluten, no eggs, NO Sugar!

Waiting in between meals — no food combining!

1tbs of apple cider vinegar (with the “mother”) twice throughout day

Wake up to 1 ounce of wheatgrass juice followed by raw vegetable juice of choice — either greens, carrots, or beets.

To each juice I added lemons, ginger, turmeric root, and lots more.

2 hours later I’d have Ezekiel bread with avocado, tomatoes, and whatever other veggies you like.

3 hours later I’d blend the juice of  young Thai coconut with the meat and add whichever fruits I like. My favorite combo is bananas, dates, cinnamon, almonds, flax powder.

These are the supplements I took: probiotics, Vitamin D,  Multi-vitamins, Curcumin (tumeric capsules).

2 to 3 hours later you can have a huge salad of your choice. Then again, 2 hours later, another fresh raw juice — at least 18 ounce or more.

For snacks in between you can eat all kinds of nuts or fruits.

You can make fruits a meal as well.”

“No eating 3 hours prior to bed.

You can drink teas with dates if you feel like having something sweet but, No sugars!!!

Ezekiel bread has gluten but I was allowed because it’s mostly grains.

4-6 months of this program is completely raw, depending on each case

Then you can eat cooked foods every other day, such as organic brown rice, quinoa, salmon, soups, brown rice pasta etc… “

After four months of nothing but this diet, there was no sign of the cancer.”

It should also be noted that things happen for a reason and warnings from our body usually precede them, if we are listening. Out of our billions of cells, many are being replaced every moment of the day and night. Some of these might mutate and begin to develop into a cancer tumor. This is usually in response to the presence of some level of toxins in our body or some other stressor.

Fortunately, our body has natural systems to attack and destroy mutated cells before they begin to cause us trouble. Naturopathic doctors tell us that, if we supply our immune system the nutrients it needs to do this important work, it is quite capable of doing the job. The problem is, they say, that our modern food and eating habits are not supplying ALL the nutrients our body is known to need on a daily basis.

As I understand it, when our body reaches its limit of toxicity and stress, cancer begins to take over. The process used here to apparently reverse it is to remove as much of the toxicity that our food choices may be causing and give our cells super nutrients in mega-doses, in a raw, organic form, together with high-ORAC spices like turmeric — and some supplements, for good measure.

Imagine how you would feel if you ate this way all the time!

Author Paul Kemp successfully resisted being pushed into becoming a doctor, but instead has made the study of how to live a long, healthy life without intrusive medical interventions a primary goal. At age 67, he is winning and loving it!