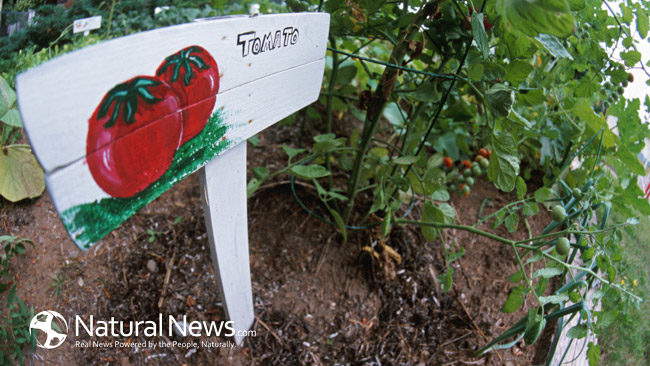 In the Lake Michigan city of Muskegon, Joshua and Anna EldenBrady are growing good food, and would like to share it with their neighbors. The EldenBradys would like to create a farm market, but have run into bureaucratic roadblocks like so many other small farmers around the country in recent years. Joshua is my brother, and although we now live in different states, we both share a passion for growing things that was fostered in our childhood on a small farm in northern Michigan.

The story begins 3 years ago when Joshua and Anna decided to move to the city of Muskegon (38,000 residents) because they thought it would be friendly to urban farming. They bought a house at a tax sale and have since been able to acquire several other vacant city lots and are working to establish soil fertility and grow more vegetables every year. After a recent decision to move a local farmers market out of their neighborhood and into downtown Muskegon, Joshua and Anna decided it was time to set up a farm market, to give residents of their neighborhood more options for purchasing fresh local food.

Joshua applied for a business license for the farm market, as required by city regulations,  but initially got no response to his application. After contacting the city’s zoning department, he was told his application had been denied. Why? Because no one was allowed to grow vegetables to sell inside the city of Muskegon. How could this be, Joshua wondered, when several community gardens in his neighborhood were selling their produce at the city’s farmer’s market?

It only got worse for the EldenBrady’s last month when a Muskegon Police officer showed up at their door and handed Joshua a ticket for the goats that they keep in the yard behind their house. What law were they accused of breaking? The officer wouldn’t say. Joshua was later told that he was accused of violating the city animal ordinance. The ordinance states that livestock are allowed as long as certain conditions are met, but no one will tell him which part of the ordinance he is accused of breaking. A 2nd citation for the goats was issued a week later.

Here’s where the EldenBrady’s case stands currently: A hearing has been scheduled before the Muskegon Zoning Board of Appeals this Tuesday, August 13th. Joshua and Anna will have a chance to state their case for why they should be allowed to set up a farm market in their neighborhood.

Incredibly, several local community gardens are allowed to engage in exactly the same activities for which the EldenBrady’s are being denied a business license: growing and selling vegetables. Zoning Administration Mike Franzak told Joshua in an email that the city zoning does not allow farming, but that “A Community Garden is considered a gardening use, not farming.” When Joshua asked for a clarification of the difference between gardening and farming, he did not get a clear answer. Franzak told him that the city does “not have a zoning definition or classification for commercial farming because it is not allowed in the City limits.”

The Zoning Board hearing is scheduled for 4pm on Tuesday, August 13th, at Muskegon City Hall on Terrace Street. Joshua and Anna say they would love to have supporters show up, if you happen to live in the area.

John Amrhein is an urban homesteader in small city in northeast Ohio. After spending 9 years in broadcast journalism at several local radio stations, he is now focusing his journalistic efforts on his passions for local food and self-sufficiency. Visit homesteadingradio.com for the weekly podcast and find daily updates right here on Natural News Blogs.