No American boots on Syria 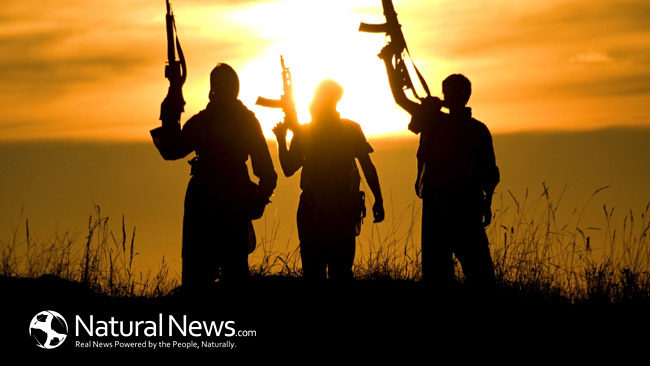 Since Vietnam, the word “advisers” has always meant the beginning of full on war with tens of thousands being sent shortly after the arrival of the advisers.

History is repeating itself always with the same dreadful results. We are sending our forces to Syria. As a result of our policy ‘Divide and conquer’, so far we have profited millions of dollars worth of arms from these wars. Under this strategy, we can steal what we can from natural resources, lands and etc. So, what are some American lives when there is billions to be made!

It’s always been the method and plan of Rome. Historically, the Holy Roman Church has always had more properties and wealth than any of the nations combined. They wrote the bible to control all Christians in the 4th Century, and to this day all so called Christians regardless of what particular church they claim to belong too, are slaves to this book produced by the Emperor and Pope of the Holy Roman Empire Constantine; a brilliant way to rule the masses down through the centuries. Indeed, ever since they figured out how to control nations and believers they wanted one world, one religion, once state. Evidently, they have done it for centuries and won’t stop until they have it all.

I don’t want to send anyone to Syria. In fact, we don’t know who we are arming or helping. We don’t know where the “moderates” will side with al Qaeda operatives. Let the Russians and Iranians fight this war.

Ironically, our troops will not be over there to defeat ISIS, but rather to support the jihadists that we have been using as a weapon against Assad. The Islamic militias allied with Al Nusra (Al Qaeda) who we support are now under attack by Russia, who really seems serious about eliminating the jihadist threat including ISIS[1].

We should be honest about our real reasons for being there. Because, on one hand, the State Department has already admitted that there are no viable “moderate” Islamist forces in Syria. On the other, the overthrow of Assad will inevitably lead to bloodshed against minorities including Christians, and afterwards the establishment of an Islamic State.

The US only wants to “contain” ISIS, while Russia wishes to annihilate ISIS. Russia has been absolutely clear about this intention from the beginning and its actions have been consistent with those stated intentions. It knows that an aerial campaign alone is not going to achieve the goal of stopping ISIS. Besides it knows that the only ground force in Syria that is both inclined and capable enough to “degrade and ultimately destroy” ISIS is the Syrian military.

The “moderate” “rebels”, have been feeding both personnel and material to ISIS. Therefore, to both disrupt ISIS’s flow of recruits and equipment and at the same time allow the Syrian ground forces to focus on anti-ISIS operations; the “moderate” “rebels” must first be eliminated.
The “rebels” lost all legitimacy the moment they threw the first worker off the roof of a post office a few weeks into the conflict, and again when they videoed themselves eating the heart of a Syrian soldier that they had captured… and yet, the US government continued to support them. There is nothing in a video of a Syrian rebel engaging in the cannibalism of a prisoner of war that does not say “We are terrorists”.

To be honest, how long should we believe that Republicans or Democrats are here to solve all of these problems? Maybe, we should start finding the solution to our problems here at home not abroad otherwise we are just going to end up destroying ourselves from within, like Rome did!