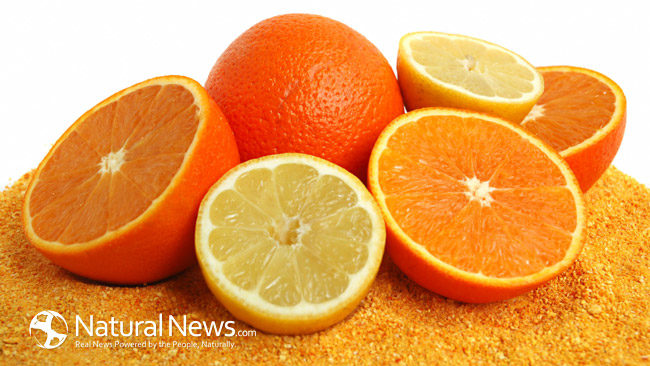 Vitamin C is one of those vitamins that everyone seems to know about. Anyone, for instance, who is about to come down with the flu or a cold or is actually sick is advised to “get lots of Vitamin C” due to the positive effect it can have on the immune system. And the good news is that there are plenty of ways to get Vitamin C naturally – that is, through the diet. Vitamin C is found in a whole range of fruits and vegetables, including citrus fruits, strawberries, papayas, bell peppers, kale, broccoli and tomatoes. And what’s even better is that research is finding that Vitamin C has many more benefits than just as an immune system booster.

What is a Safe Dose?

Because many Americans do not, unfortunately, get enough fruits and vegetables in their diet to bring in adequate amounts of this vitamin, it is recommended that the average adult take between 250 and 500 mg a day in two separate doses, morning and night. Some people who are on the brink of coming down with a cold or the flu, however, like to hit their bodies with a large dose of Vitamin C to help ward off an infection. In this case, however, it is recommended that no more than 2,000mg a day be taken. In higher doses than this, diarrhea can result in the short-term and in the long-term there can be damage to the kidneys.

However, at the safe dosages mentioned above, medical research is mounting that suggests that Vitamin C, taken regularly, can not only ward off infections – it can also help reduce the chances of developing certain forms of cancer! This is thought to be due to both its antioxidant and anti-inflammatory properties.

It also seems that adequate Vitamin C can help prevent strokes. Strokes continue to be a major problem in America: they are the fourth leading cause of death and nearly 800,000 Americans every year suffer from one, with around 15,000 dying from it! In another words, this is a serious medical issue that Vitamin C appears to help treat. In one study, for instance, scientists looked at a group of healthy individuals and a group of individuals in the same age group who had a history of a stroke. It was found that compared to the healthy individuals, the ones with a history of stroke had greatly depleted Vitamin C levels. The lead researcher believes that this could lead to Vitamin C being used more frequently in the prevention of strokes and speculates that it is so useful due to its ability to lower blood pressure.

So, be sure to take that Vitamin C! Get it through the diet, with lots of fresh fruits and vegetables, but also consider supplementation as well to make sure the levels are adequate in the body. Not only will it help ward off colds and flus, it can reduce the risk of cancers and stroke as well.