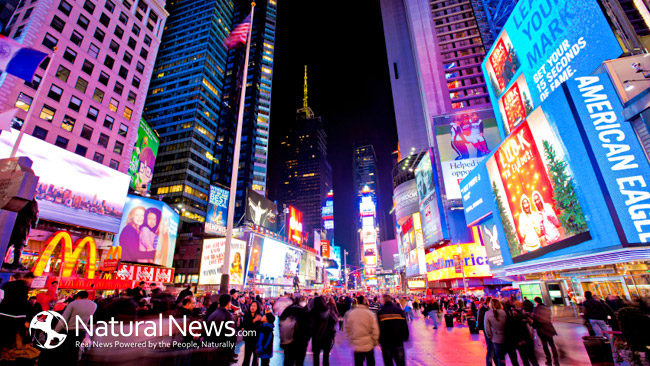 Five years ago on Sunday May 24, 2009, New York City Closed Down Broadway! This action was taken by New York City to save lives, energy and the environment. Broadway shows remain open, just 47th Street to 42nd Street of Broadway the road, were closed to vehicular traffic. I took the photo above while enjoying the additional open space on Broadway when New York City’s test program just started.

I first blogged about this five years ago on EnergyHotwire.com and spoke about how this project was being evaluate to reduce traffic accidents, save lives, save gas, save time, save energy, and help save our environment by reducing pollution. For years many have stated this test was long over due and hope for positive results. Especially, since these areas of Broadway have accident rates 144% higher than any other street in Manhattan.

– Traffic times decreased by 7% overall in Midtown and safety was greatly enhanced.
– According to New York City’s DOT (Dept. of Transportation) there was a 63% reduction in injuries to motorists and passengers while a 35% reduction in pedestrian injuries was realized.
– A pedestrian mall from 42nd Street to 43rd Street was opened with just one week left in Mayor Michael Bloomberg’s administration.
– Beautiful large tile stones replaced the painted traffic lanes and Blacktop surface.
– Five more renovated pedestrian malls are planned to be completed and business should increase even more according to officials from New York City.
– A Times Square Alliance survey found 76% of New Yorkers and 68% of retail gave their approval of the project.
– The groundbreaking pilot project will remain permanent.

It was a beautiful picture of New York’s Times Square five years ago… Now with the beauty of plaza layouts, stone surfaces, tables and chairs instead of cars, it is even more beautiful.