A New Treatment Option for Scoliosis 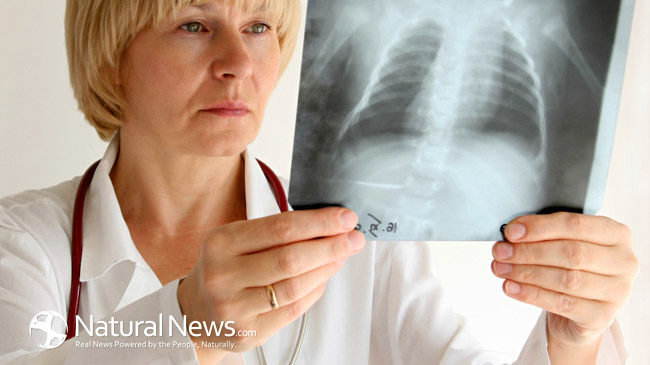 Scoliosis is regarded as a mysterious, incurable condition by much of the medical community. While some cases of scoliosis are present at birth or caused by diseases such as cerebral palsy or muscular dystrophy, the vast majority—between eighty and eighty-five percent—are classified as idiopathic. In other words, the cause of most scoliosis cases is unknown.

Scoliosis describes a condition in which the spine bends to the right or left side forming a C-curve, or in some cases to both sides forming an S-curve. Typically, a curve of eleven degrees or more will garner a diagnosis of scoliosis. If the curve is greater than twenty to twenty-five degrees, a brace will be prescribed. If the curve progresses to more than forty-five degrees, spinal fusion surgery will likely be recommended.

Between two and four percent of teenagers are diagnosed with scoliosis, while more than eight percent of adults over the age of forty are diagnosed. The fact that scoliosis becomes more prevalent with age is a strong indicator that learned muscular patterns, the effects of which tend to increase over time, play a role in developing the condition. And interestingly, ninety percent of adolescent thoracic scoliosis cases curve to the right, and around ninety percent of the population is right-handed. This correlation suggests that the way people habitually use the sides of their bodies due to their handedness can determine the direction of their scoliotic curves.

In addition to feeling self-conscious about having the condition and potentially wearing a brace, people with scoliosis often suffer from chronic pain. Roughly two-thirds of adults with scoliotic curves between twenty and fifty-five degrees experience back pain.

Many people with scoliosis develop pain in other parts of their bodies as well due to their postural misalignment, which puts uneven stress on the hips, knees, neck and shoulders. Arthritis, disc and nerve compression in the spine, and difficulty breathing are also common.

The most common treatment option for scoliosis is wearing a back brace. A brace is designed to limit movement and prevent the curve from getting worse. Unfortunately, since wearing a brace limits movement, it can often result in making the muscles of the back even tighter.

Patients who undergo this type of surgery lose between twenty and sixty percent of their spinal flexibility. After surgery, a great deal of strain is put on the unfused parts of the spine, leading to a high rate of disc degeneration and osteoarthritis. Research shows that seventy-five percent of patients experience degeneration in their sacroiliac joint after spinal fusion surgery. And sadly, more than forty percent of spinal fusion patients experience no reduction in their pain levels.

Rates of complications in spinal fusion surgeries vary, but are quite high across the board. Some research has shown that more than half of the surgeries are unsuccessful, meaning that the vertebrae do not actually fuse. Even though the vertebrae are held in place by hardware, patterns of contraction in the back muscles cause micromovements in the spine, preventing continuous growth of the bone.

Muscular contraction can be so strong that the metal rods inserted along the spine can actually break, causing a great deal of pain and requiring repeat surgery. Given the high risk of complications and the lack of evidence supporting spinal fusion as an effective treatment, many doctors and researchers now agree that the surgery can be used to slow or halt progression of the curvature, but little else.

The fact is, the bones in our body do not move unless our muscles move them. And our muscles are controlled by our nervous system. So in most scoliosis cases, the curvature is created by tight muscles along one or both sides of the spine pulling the vertebrae out of alignment.

Attempting to improve a functional issue like a spinal curve by using manual force, such as a brace or surgery, is fairly ludicrous. When a bone is broken, it is a structural issue, and the bone must be manually set in place in order to heal. But when the skeleton is pulled out of alignment by the muscles, it is a functional issue; the way that the nervous system is functioning is causing the misalignment.

Using a brace or metal rods to force the spine into alignment has little to no effect on the messages that the nervous system is sending to the muscles to contract. The most effective treatment option for most scoliosis patients is a type of neuromuscular education that teaches them how to release the chronic muscular contraction in their back muscles. A lasting release of chronic muscular contraction can only be achieved through active, conscious movement; not with manual force, bracing, stretching or massage.

Scoliosis patients who learn how to release the chronic muscular contraction that is causing their curvature typically experience reduction or elimination of their pain as well as gradual straightening of their spine.

For most people, scoliosis does not have to be a life sentence. The earlier the condition can be addressed with neuromuscular education, the better. Years of pain and psychological suffering can be prevented with early, constructive intervention.

Why We’re in Pain: Why chronic musculoskeletal pain occurs—and how it can be prevented, alleviated and eliminated with Clinical Somatic Education

Carter, O.D. & Haynes, S.G. (1987). Prevalence Rates for Scoliosis in US Adults: Results from the First National Health and Nutrition Examination Survey. The International Journal of Epidemiology, 16(4), 537-544.

Sarah Warren St. Pierre is a Certified Clinical Somatic Educator and co-owner of Somatic Movement Center. She is the author of the book Why We're in Pain, which explains the science behind why learned muscular patterns lead to chronic pain and degeneration. St. Pierre has helped people with chronic back pain, neck and shoulder pain, hip and knee pain, sciatica, and scoliosis become pain-free by practicing Thomas Hanna's method of Clinical Somatic Education. She can be reached through Somatic Movement Center at http://www.somaticmovementcenter.com.