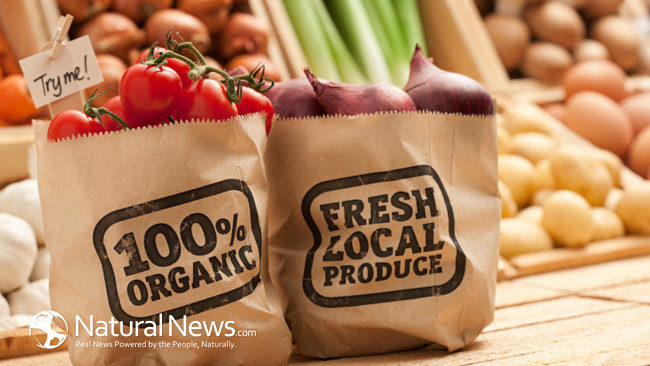 Eating an organic diet for a week can cause pesticide levels to drop by almost 90% in adults, research from RMIT University has found.

The average person is exposed to 10 to 13 pesticide residues each day from food, beverages and drinking water. About 80 percent of organically grown fruits and vegetables are pesticide free, and a recent study showed that consumption of an organic diet for one week significantly reduced pesticide exposure levels in adults.

Conventional food production commonly uses organophosphate (OP) pesticides. OP pesticide exposure occurs through inhalation, ingestion and dermal contact. Because some OP pesticides have been considered to disintegrate quickly in air and light, regulatory agencies have dismissed their dangers and have repeatedly given them the green light being relatively safe to consumers. Critics and health experts claim the residues do not disintegrate to any appreciable degree.

The research is the first to compare the differences in pesticide residues in adults who consume organic and conventional food.

Published over the weekend in the journal Environmental Research, the small-scale trial found that one week of eating mostly organic food reduced organophosphate pesticide levels in urine by 89 per cent.

Lead investigator Dr Liza Oates said there had been a few studies examining how organic diets affected pesticide levels in children but no research had so far been published on adults.

“Conventional food production commonly uses organophosphate pesticides, which are neurotoxins that act on the nervous system of insects – and humans – by blocking an important enzyme,” Dr Oates said.

“Recent studies have raised concerns for the health effects of these chemicals even at relatively low levels.

“Pesticide exposure in Australian adults is mainly through their diets, but there are other sources of exposure, so we wanted to find out the difference going organic could make.

“Our results show that people who switch to eating mainly organic food for just one week can dramatically reduce their exposure to pesticides, demonstrating that an organic diet has a key role to play in a precautionary approach to reducing pesticide exposure.

“While the clinical relevance of reducing pesticide exposure requires further studies conducted on a larger scale, this study is an important first step in expanding our understanding about the impact of an organic diet.”

In the study, 13 participants were randomly allocated to consume a diet of at least 80 per cent organic or conventional food for seven days and then switched to the alternate diet for a further week.

Urinary levels of six metabolites of organophosphate pesticides (known as dialkylphosphates or DAPs) were analysed on the eighth day of each phase. The mean level of total DAP metabolites after eating a diet of at least 80% organic food was 89 per cent lower than the levels after eating conventional food.

Reduce Your Risk of pesticide exposure

There are several ways to reduce your risk of pesticide exposure. Even though they are not perfect, buying organic food and naturally raised meat like free-range organic chicken is the most effective way, as these foods will have the least (and sometime zero) synthetic pesticides and other chemicals.

Apples – pesticides are found on apples and washing does not necessarily help.

Beets – beets are thin-skinned and grow underground and can absorb pesticides and heavy metals.

Carrots – carrots are good at absorbing heavy metals from the soil.

Celery – celery has no protective skin making it difficult to wash off all the chemicals.

Cherries – sprayed many times during their growth cycle therefore various pesticides and chemicals are used.

Collard greens, salad greens, Swiss Chard – leafy greens tend to have high chemical residues because they grow so close to the ground.

Green beans – numerous pesticides, herbicides, and fungicides are used on green beans; they are also sprayed multiple times during their growth cycle.

Spinach – According to the FDA, 60% of nonorganic spinach contains pesticide, herbicide, and fungicide residue, DDT, and permethrin.

Almonds – Almond trees are sprayed with toxic herbicides and pesticides.

Peanuts – peanuts grow underground therefore are susceptible to absorb toxins from the soil.

Strawberries – if purchased out of season, most likely imported from a country with little laws about pesticide use. In addition, according to USDA’s pesticide Data Program strawberries exceed tolerable levels.

Tomatoes – Always buy local tomatoes -okay to buy nonorganic if they are local.

Zucchini – although, zucchini does not tolerate pesticides and herbicides the pesticides used on this crop are known carcinogens.

http://www1.rmit.edu.au Eating a mainly organic diet for just seven days can reduce pesticide exposure in adults by almost 90 per cent…

http://wakeup-world.com 89% lower when they ate an organic diet for seven days compared to a conventional diet for the same amount of time. DAPs make up to 80% of organophosphate pesticides