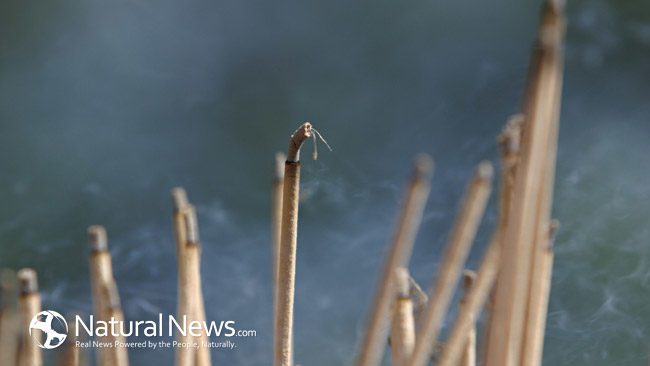 We’ve known about the beneficial properties of certain plants and herbs for nearly as long as we’ve been walking the planet, but recent scientific developments have highlighted a number of equally negative properties that need to be carefully considered when deciding how to prepare aromatherapy treatments designed to utilize the positive qualities of the natural plant life that surrounds us all:

According to this article, published by Technoscience Publications, herbs such as aristolochia, damiania and mugwort have all been shown to contain a number of carcinogenic compounds, namely polyaromatic hydrocarbons like Benzo[a]pyrenethat are known to drastically increase the risks of developing  squamous cell carcinoma and other malignant health conditions.

Now, the good news is that these damaging carcinogens are not highly volatile; one thing that’s heavily emphasized by the subsidiary research mentioned in the article’s footer is that the majority of harmful carcinogenic compounds are actually only released when the herbs in question are burnt over a naked flame that reaches over 450 degrees Celsius in temperature, but that still spells bad news for the vast number of aromatherapy adopters that persist in burning raw or dried handmade incense blends instead of purer and less dangerous essential oils though – for them, this research underscores the risk that they’re taking every time they ignore the advice of most aroma therapists, and will hopefully serve as something of a wakeup call.

A separate study, authored by the Statens Serum Institute in Copenhagen, showed that just .3g of a potentially carcinogenic herb like … will release over 45x the amount of polyaromatic hydrocarbons than the equivalent amount of tobacco when burned for incense preparations, assuming, of course, that we can trust the carcinogen profiles handed to us by the tobacco industry.

The main negative effects of polyaromatic hydrocarbons are particularly unpleasant too – first and foremost, this group of harmful chemical is understood to stimulate cellular mutations throughout the body, and have further been shown numerous times to increase the chances of various cancers developing in the nose, the throat and the larynx, as well as the upper and lower respiratory tract.

This report from the ASTDR shows that the inhalation of polyaromatic hydrocarbons can also severely impact neurological function, as well as repressing the immune systems ability to work at peak efficiency.

It comes as no surprise, then, that top aromatherapy practitioners always recommend avoiding the burning of raw herbs during the preparation and aromatherapy solutions

But what are the alternatives? For people new to the practice of aromatherapy, finding out what’s right and wrong can often be a bit of a challenge, particularly now that there’s so much jumbled and incorrect information floating around the web.

As a hard and fast rule, I’d always recommend sticking to essential oils – these substances are made by either cold-pressing or steam distilling fresh plant matter, and don’t tend to release harmful carcinogens when they’re burnt; mainly because the process of heating them up to release active ingredients can occur at a very low temperature. Essential oils also have the edge over raw herbs because they’re (by and large) much more concentrated, and therefore much more beneficial.

Not to mention the fact that, if you’re making your own distilled oils, you have absolutely full control into how they develop, and what ingredients they contain.

That said, raw herbs could still be used safely as long as you avoid burning them at the high temperatures needed to release. As this article shows, using a vaporizer, or gently heating blended herbs over a traditional incense bowl will cause the active ingredients to be broken down and expelled as a fine vapour, without the addition of harmfully carcinogenic smoke.

Care must be taken when practicing aromatherapy like this though – you’re only minimizing the chances of inhaling a damaging carcinogen, not removing it completely. If the use of specific incenses is absolutely essential to your meditation rituals or observances, then these techniques are the best way to go, but I’d still argue that you’d be far safer if you cut out raw or dried blends altogether, in favour of home-made and organic oils.