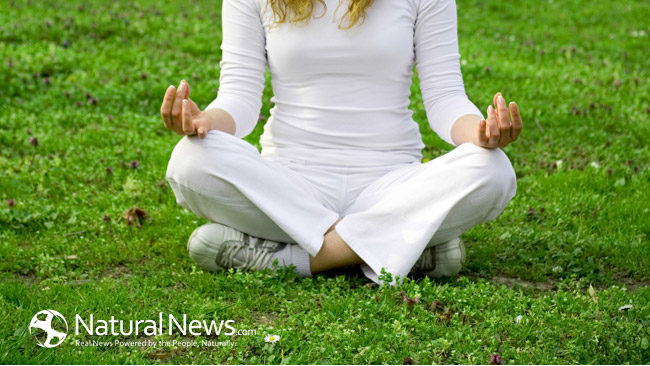 A new study published by the Benson-Henry Institute for Mind Body Medicine at Massachusetts General Hospital has found that meditation may relieve the symptoms of irritable bowel syndrome (IBS) and inflammatory bowel disease (IBD).

According to the International Foundation for Functional Gastrointestinal Disorders, IBS affects between 25 and 45 million people in the United States and up to 23% of the global population. It causes chronic pain, fatigue and negatively affects the patient’s quality of life.

Despite its prevalence IBS has no known organic cause but common theories postulate that stress causes inflammation of the bowel and makes the gastrointestinal tract more sensitive to certain stimuli. Sufferers of IBS have been found (1) to have a lower threshold for coping with stressful situations, causing dysfunction between the brain and the gastrointestinal tract.

Former studies have shown that the regular practice of meditation and yoga not only reduces stress, but also directly affects blood pressure, heart rate and oxygen consumption. The new research is the first to examine the role of the relaxation response by investigating the genomic effects of individuals suffering from the disorder.

The new study published in PLOS ONE examined 48 adults, 19 of which suffered from IBS and the remaining 29 from IBD. Over a nine-week period the participants practiced relaxation techniques for 15-20 minutes a day with results measured before, during and after the program. Blood samples were taken to profile any genetic changes, in conjunction with measurements to assess the various levels of anxiety, pain and quality of life.

At the end of the study patients reported a reduction in symptoms and the genetic analysis of the patients blood samples provided evidence of changes in the genetic pathways of the two disorders. Over 1,000 genes were altered among sufferers of IBD, with 119 genetic changes across the IBS group. Researchers also found that the gene NF-kB (long considered to be a proinflammatory signalling pathway) was suppressed in both groups, indicating that the relaxation techniques reduced inflammation, once of the contributing factors for both IBS and IBD.

While the tests are encouraging, the researchers have stated that more studies are required before meditation and relaxation techniques are offered as a treatment for patients with these types of disorder.

About the author: Nick Huxsted is an independent writer who’s interested in meditation research and the effects it has on the human body. He currently works at Will Williams Meditation, providing Vedic meditation in London, and is a regular contributor to Hip & Healthy.