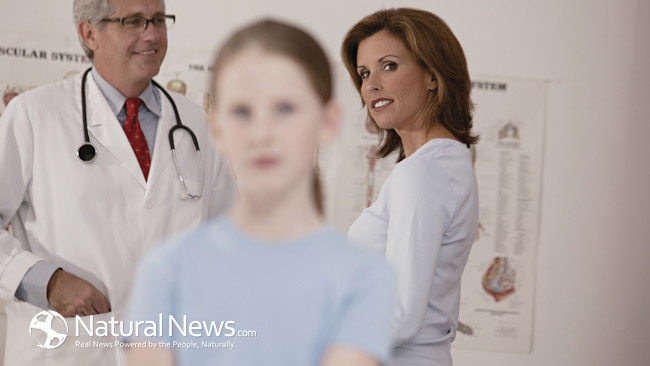 Most people would like to know if their doctor has a troubled past. However, getting information about a physician is quite difficult.

Information about doctors is private — it is not open to the public. Access to information about a physician is restricted to law enforcement, insurance companies, doctors, hospitals, and a few other select groups.

Revealing information about a doctor

Patient-safety advocate, Robert Oshel, and former associate director for research and disputes analyzed NPDB data and found it revealed that less than 2 percent of doctors in the United States were responsible for half of the $85 billion in malpractice payouts made since the federal government started gathering information pertaining to malpractice.

Oshel says, “You can find out more about the safety record of your toaster and whether or not it’s going to catch on fire than you can find about your physicians.”

On March 29, in a Consumer Reports press release, Lisa McGiffert, director of Consumer Reports’ Safe Patient Project said, “The onus shouldn’t be on patients to investigate their physicians. Doctors on probation should be required to tell their patients about their status, and explain the reasons behind it.”

McGiffert added, “The system of disciplining physicians needs to be more transparent, reliable and accessible for patients. Consumers need quick and easy access to this information to make educated choices about the physicians they see and the health of themselves and their families.”

What makes a great doctor

According to a report by Consumer Reports, there are thousands of doctors, practicing their profession, who are on probation for offences — like drug addiction, sexual offenses, and “making careless, sometimes deadly, mistakes.”

Consumer Reports said “patients go through time-consuming processes to get information about doctors.”  Nevertheless, the independent, nonprofit organization was able to assess medical board websites in all 50 states and found that those in New York, Massachusetts, and California were the best — whereas, those in Mississippi, Indiana, and Hawaii were the worst.

In addition to the efforts made by Consumer Reports, researchers at the Peterson Center on HealthCare and Stanford University’s Clinical Excellence Research Center collected data on more than 15,000 U.S. primary care practices. The team of researchers and investigators found that the highest performing centers tended to offer a set of characteristics for patients.

The following is a list of characteristics and accepted quality-of-care measures found in successful medical practices:

The Consumer Reports’ Safe Patient Project is pushing for policy reforms that would make the system more transparent — “including requiring doctors to tell patients when and why they are on probation, providing information from state medical board records in a clear and consistent way, and making information from the National Practitioner Data Bank (NPDB) open to the public.”

They are focusing their efforts on the following five areas for patient safety:

A Consumer Reports’ survey found that 82 percent of Americans are in favor of requiring doctors to tell their patients if they are on probation and why. Additionally, 66 percent lean toward keeping doctors from seeing patients until the end of their probationary period.

However, the American Medical Association and state medical boards have opposed efforts to create greater transparency around physicians’ disciplinary actions. Nevertheless, safe patient activists are working on making it easier for patients to learn about the disciplinary history of their doctor.