The New Paradigm: The Birth of a Full Spectrum Body-Based Consciousness 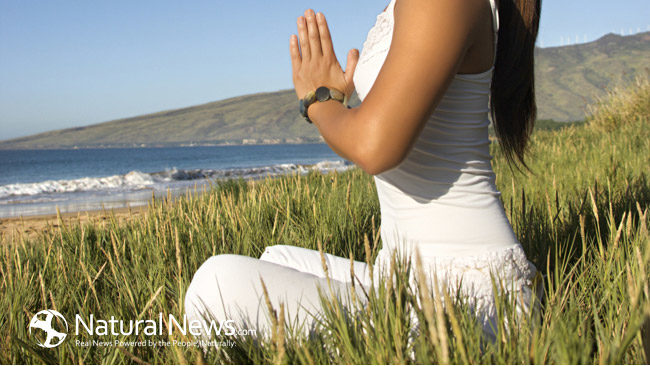 I keep hearing that the “new paradigm” of living is about embracing the “higher spirit” realms and moving away from “lower density” realms.  Firstly, how is this new?  We are all clear that teachers and sages have berated the “material world” since time immemorial.

It’s unfortunate that we have been terming all that has been made manifest in form as being an “illusion”.  I find that this is, bar none, the most archaic paradigm in existence to date, because in calling the physical  an “illusion”, there is clearly a judgment and a rejection of it.

Yet we have all chosen to be here now in this physical experience, which means that in actually negating the physical and more dense matter, we are, in fact, creating an obstacle for our soul to do its work of choice.  We are negating the very purpose of our lives on this planet!

Allow me to say more. The physical is the feminine. It is all that is manifested in the body.  The masculine is the divine seed/ideas. It is spirit, it is consciousness…the higher/upper frequencies. The feminine, through a process of sustainably feeding, nurturing, and loving even ONE of several million seeds, brings that seed’s potential into “reality” by shaping it into its denser physical form.

That which has already been birthed into the physical reality is, in fact, highly esteemed. It is the super code, the strongest frequency; the healthiest sperm.  Instead of loving all that has been made manifest–revering it, even–we mostly suppress, reject, and hate on it.  As an example, we collectively feel that our connection with resources, finances, and money is forced.  We seem to hold the viewpoint of these things as being an unfortunate “lower vibration”, instead of removing the judgment and shifting our perspective to see them simply as they are:  Something solid, created; manifested.

Said another way, the new paradigm of living is not about moving away from the “lower density” paradigm to the “spirit based” paradigm.  This is incomplete! What is required is that the realm of the divine feminine–the physical manifested form of ALL things–be regarded as EQUALLY as important as that of the divine masculine, that which is the lighter, inspiration-based, spirit realm.  Endless ideas exist within the upper masculine realms, yet those ideas do not have the power or the energy to be mobilized or manifested.  The new paradigm will come when we can honor the divine feminine’s role and see that everything that is manifested into reality IS reality and NOT an illusion.

Let’s delve into this further. The theory goes that everything in the physical reality is illusory–such as your body– since it is not eternal. Our Spirits are eternal, yes.  So suffice it to say, that which is UNmanifest is eternal because it never manifested–hence of a higher order here.  And that which is manifest is temporary–hence of a lower order.  There seems to be something wrong with this picture, don’t you think?  It’s faulty logic.  Let it also be considered that the lessons we learn and integrate on the physical level are eternal to the spirit, so our overall experience is ultimately and unequivocally eternal.  All is eternal here.  Nothing is illusory.  Both are necessary.  Both are to be acknowledged as being part of the whole.

Here’s my hard-won take on it all. I feel that in all of this talk about “non-duality”, we have actually missed something.  We have missed the role of PREPARING the body so that it can hold the eternal light of the spirit.  If a spirt-based existence ever were to become a reality, it will happen when the body is strong enough to anchor eternal light into the physical.  All other endears are simply a conceptual and mental understanding of a very tangible, structural, universal shift in consciousness.  The mental understanding alone, divorced from the corporeal shift, is a glorified from of psycho babble!

Truth:  The new paradigm is about about going from the spirit-based dominance to a more balanced FULL SPECTRUM experience of both the Higher and Lower…both the masculine and feminine in perfect balance.  Perhaps in the interim there is an extra step…to awaken the divine female by fully activating the body to integrate more of the divine masculine.  When we honor all that has been made manifest, and when we give up rejecting the powerful and essential element of the feminine as an illusion, we then remove the insult to the human race.

It is time to stop cutting ourselves off from the source of energy from the waist down….it’s time to pop the illusory balloon!  It’s time to descend into the life and the dimension we have chosen.  It’s time to stop the war we have declared against the body. Here now, let us accept the role of the lower density as a vital part of the equation in creating life on this planet as balanced, sustainable, and free from creative angst.  Here now, let us honor the Physical, the Lower Density Realm, the Divine Feminine.

Once we can see the value and connection of the interplay of consciousness and the body, we will then be able to evolve past ALL of our struggles here in this third dimension.  The challenges of the physical dimension will be a thing of the past when we accept the incredible intelligence and power of the body.

I believe when this happens, we will move from a thought-based navigation system to a full-spectrum sensation-based navigation system, the place from which we make choices not based just on consciousness from the higher frequencies, but ALSO the practical and “sound” advice from the BODY about the potential of its creation within the physical universe.  This powerful shift in understanding and embracing FULL SPECTRUM is what consciousness truly is, i believe, and the ultimate expression of our New Paradigm…the most authentic of any other to datel!

How does this resonate with you?  As always, I welcome thoughts!