New Jersey mom loses over 100 pounds, plus, a look at the emotional effects of weight loss 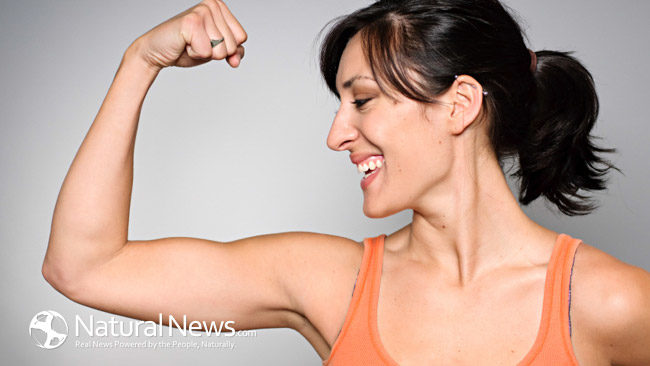 After two pregnancies and pushing a size 24, 240-pound, 5-foot-4-inch Lori Miller Nasatka never thought she’d see the day when she be fit and healthy, let alone talking to others about her joy of running and participation in 5K events (1). Yet, the 40 year-old administrative professional from New Jersey is doing just that; she’s lost over 100 pounds since embarking on a journey in 2007 that fueled her tremendous weight loss.

It was in 2007 that Nasatka joined a popular weight loss program that kick-started her healthier mind set. She successfully managed to see the numbers on the scale drop towards her recommended program goal of 116-144 pounds. However, the birth of her son a few years later and the resulting weight fluctuations that came with it interfered with her success, causing her to regain much of what she’d lost.

Still, she persisted. No longer involved with the weight loss program, she took matters into her own hands. Nasatka eventually started participating in her company’s wellness initiatives, which included incentives for those who made strides in their weekly fitness goals, and also turned to healthier eating habits.

The triumphs and challenges of weight loss

In addition to her ongoing physical efforts came dietary changes that led to her dramatic weight loss. No longer indulging on excessive amounts of junk foods or oversized portions, Nasatka now says she enjoys foods that are beneficial to her health. “I have snack prep on Sunday,” she says. “I cut up veggies like peppers, cucumbers, carrots and other foods such as fresh berries so they’re ready for the rest of the week (1).” She says she tends to opt for organic foods and also enjoys making a variety of non-meat dishes including one of her favorites, a sweet potato chili. Nasatka is also a fan of superfoods like quinoa and often bakes with almond flour.

These days, at a svelte 116 pounds, Nasatka has indeed met her recommended goal weight. It’s been a long journey, but in 2014, she reached her healthy weight, arriving at a significantly healthier mental and physical spot in her life. She used to not be able to keep up with her children, but now she says, “they can’t keep up with me!” She now runs a thriving Facebook page, Fat 2 Fit 4 This Chik, where she shares stories of her journey and motivates others with healthy tips.

While excited over her incredible transformation, she says that the journey wasn’t without criticism from others. In fact, it still continues. Some people criticize her for exercising too much or try to tempt her with bad foods based on “you only live once” phrases. But she knows all too well how easy it can be to give in to societal pressures and instead, focuses on what makes her healthy and happy. She admits that the thrill of her weight loss, coupled with the fears of regaining it, lands her on the scale often, saying that she’s become a bit fixated on the ebb and flow of the numbers. Still, she’s determined to remain on a healthy path and says that the frequent weighing keeps her mindful of how far she’s come while also helping her to stay on track.

When diet and exercise become an obsession

While Nasatka is at the beginning stages of enjoying her newfound figure and healthy lifestyle, there are those who have experienced similar success, only to intentionally ease up on overdoing it in the exercise and eating department.

For example, Taryn Brumfitt caused many to take notice when she posted her untraditional before/after weight loss photos to demonstrate a positive body image (2). While happy with her body today, Brumfitt once went to extremes to achieve an “ideal” body post-pregnancy and as a result, ended up winning sports figure competitions where she was clad in heels and a bikini.

However, what began as a way to become fit quickly took its toll on her personal life. “I’ve had the (near) perfect body and it’s not all it’s cracked up to be,” she says. “Training like a beast means less time for the kids (2).” She also explains that her obsessive weighing, feeling “snitchy” when not eating chocolate and in turn, arguing with her husband more often, and eating “stinky boiled eggs on buses” were not creating the happiness in her life she deserved. Today, she’s not as svelte as her fitness championship days, but that doesn’t mean she’s an advocate for junk foods and sitting on the couch all day.

“I AM a health advocate. I run, I lift weights, I eat healthily but I also have a cookie . . . It’s called balance (2).” She is more confident now than ever that health is not “dictated by looks” and that it is spiritual and emotional as well.

It’s easy to relate to Brumfitt. Like her, I too experienced obsessive moments, ones that caused iron levels to fall and dizzy spells to happen often. Ones that led me to pack my scale while getting ready for a vacation. Croutons on salads were a no-no, as were oils, even the healthy kinds. Fruits and vegetables lined my refrigerator, but so too did unhealthy diet sodas and fat-free everything. Thankfully, I found a healthy path over time, one that is still filled with fruits and veggies, but one that also allows for healthy carbs, oils and fats (love my coconut oil and avocado) and superfoods like cacao powder and chia seeds. And yes, there’s even the occasional truffle or slice of strawberry rhubarb pie, my favorite dessert indulgences.

Like Brumfitt, I too get my exercise in, but I don’t fret if I miss a day or haven’t tried the latest fitness craze. I can walk for miles and give that elliptical a run for its money. I plan on signing up for a Color Run (where I’ll be walking, I have yet to take up running) later in the year. And people still hand hard-to-open jars to me, where I have the strength to twist off vacuum sealed lids with ease.

Health has also become more than what I look like, and instead about how I feel on the inside and as such, my mental health as improved along with my weight loss/maintenance journey. I have developed positive mantras in my life these days, many of which have nothing to do with the beauty of the physical human body, and everything to do with the beauty of the human spirit.

The emotional effects of weight loss not always positive or healthy

Clearly, the emotional aspects of weight gain and loss are significant. While they involve feelings of success and positivity, they also can be psychologically challenging.

According to experts, the physical changes that come with weight loss, whether from diet or surgery or both, may be difficult for people to wrap their head around and render them unable to properly handle the changes on a mental level. In fact, G. Terence Wilson, director of The Rutgers Eating Disorders Clinic Graduate School of Applied and Professional Psychology, says that depression is the most heavily studied psychological consequence of diet-induced weight loss (3).

Furthermore, the pressure to maintain weight loss can bring about extreme amounts of anxiety to someone who has lost weight, especially if one is attempting to manage their goal weight with constant food deprivation. Psychologist Paul Susic explains that not only does weight loss involve changes to behavior, but represents a dramatic shift in what was once a long period (or even a lifetime) of positive, pleasurable food associations (3).

Additionally, the mental and physical aspects pertaining to such obsession/restriction that takes place in the minds of many who have lost weight make them more prone to developing eating disorders. Wilson also states that the setting of strict dietary standards, along with the frustrations that mount with such deprivation, often cause people to not easily differentiate between the real or perceived transgression of a diet (3).

As the old saying goes, “all things in moderation.”

It’s not easy though, when you’ve gone from strangers saying “eewww . . . ha-ha” to people saying “oohh . . . la-la,” to live an “all things in moderation” life. When you lose a great deal of weight, and then are thrust into a new world that treats the same you, albeit with a “new” body, differently, even an extra carrot (the mini ones at that) can send you running to the scale and break you.

So much for moderation.

But eventually, the compliments and self-awe and “wow, I did it” exhilaration will fade, and so too, will the incessant thoughts that too much exercise will never be enough. At one point, you will realize that you are enough.

You won’t give into the temptation of chips and ice cream like you did in the past, and you’ll still embrace a healthy lifestyle, but this time around you’ll be reshaped mentally as well.

When you stop running so hard, you’ll eventually catch up to you.