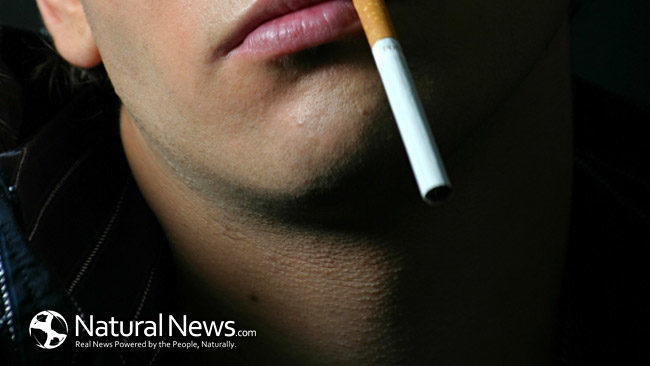 The narrative of cigarette smoking and the health hazards may seem like a repeated tune time after time on a radio station. In spite of all the rehab programs available, warning labels on packs of cigarettes and flyers about the harms of nicotine does not seem to have discouraged consumption. According to The Tobacco Atlas about 5.8 trillion cigarettes were smoked worldwide in the year 2014.

The tobacco industry has a lot of lobbying power, effort and influence, but there is plenty of work to be done towards effective regulation of it. The Robert Wood Johnson Foundation highlights an interactive infographic on the history of tobacco. To date since 1964 8 million lives were saved while 17 million were taken. New funded research by the National Institute on Drug Abuse (NIH) demonstrated that reducing the amount of nicotine in cigarettes smoked daily decreases dependence and cravings.

The study was conducted as a double-blind randomized study that had 840 participants (smokers with no intentions of quitting). In other words, this approach to the study is essentially an experimental procedure where neither the subjects of the experiments including the persons administering it know the critical aspects. In addition, this is used to guard against both the experimenter bias and placebo effects.

In a period of six weeks the participants had to smoke either their usual brand or one of six investigational cigarettes that contained varying content levels of nicotine, as reported by the NIH. Nevertheless, cigarettes with fewer milligrams of nicotine content that were giving to smokers ended up smoking 23 to 30 percent fewer of them.

The study helped shed another finding and that is the low amount of nicotine in cigarettes did not cause participants to smoke more significant amounts. And this also allowed smokers to experience less nicotine dependence and cravings for it.

This is not the first time or initial attempt that we have seen cigarettes get some form of regulation on it. The New England Journal of Medicine confirmed twenty years ago under the published work of Benowitz and Henningfield efforts were in fact made by the Food and Drug Administration to bring tobacco products under scrutiny. Fast forward to our present time prospects have resurfaced about reducing the addictiveness of cigarettes and is garnering renewed attention.

Signs, symptoms and effects of smoking on the human body

Smoking for long periods of time will have adverse effects on the human body. You are probably familiar with of them and they include the following: lung cancer, blood cancer, anxiety and irritability, coughing, appetite suppressant, poor vision, smelly hair, bad teeth, etc.

The above list is just some of the most common effects, but according to Healthline.com the unhealthy habit or addiction of smoking will hamper your entire body. Because of all the hundreds of ingredients and the thousands of chemicals found within tobacco products it attacks everything in your body on all fronts. Nicotine as a mood-altering drug will degenerate the central nervous system, the respiratory system, cardiovascular system, etc.

After picking up the habit of smoking you will experience negative physical signs and symptom changes. Specifically, the integumentary system (nails, hair and skin) undergoes changes in the structure of the skin. In addition, you will see discoloration including unusual physical signs of your hands and also and stain marks on your fingernails.

The longer your addiction to smoking tobacco continues the harder it will be to stop and to curb it in the long haul. There is plenty of information, rehab programs or centers, and advice out there available to make a conscious decision to quit. Ultimately, the person with motivational drivers like will power and determination are central to quitting the use of tobacco.

The monumental point to make here is smoking will severely affect the body and at eventually could become a fatal addiction. It does not only deteriorate your health over a period of time, but you risk hurting others through second- hand smoke and harming yourself at the same time.

Making the decision to quit is a great start. Nevertheless, you may want to seriously consider joining a program or getting therapy to help you overcome the addiction. Because more often than not people will relapse without getting any help and all they do is go in cycles trying to stop smoking.

Whatever the arguments or reasons are for smoking chances are for most if not all people it’s our living situation. Furthermore, it is our living circumstances and stress that drive us to adopt smoking. Finally, if you really think about it there are tons of other activities and hobbies to try out beyond putting harmful substances into your body.

If you are out of ideas you can read Webmd.com for some of the best strategies to quit smoking using these healthy and drug-free tips.

Barbaros Dinler is in the field of Drug Addiction Treatment and Recovery for over 13 years of experience helping addicts to overcome it with proper Counseling. He is appointed as a Clinical Director at Alpha Healing Center in Jersey City, NJ.  He is dually licensed as an LCADC and LPC in New Jersey. When not working busy exploring innovative approaches that helps my patient to overcome addiction. Love for Music & reading motivational books.