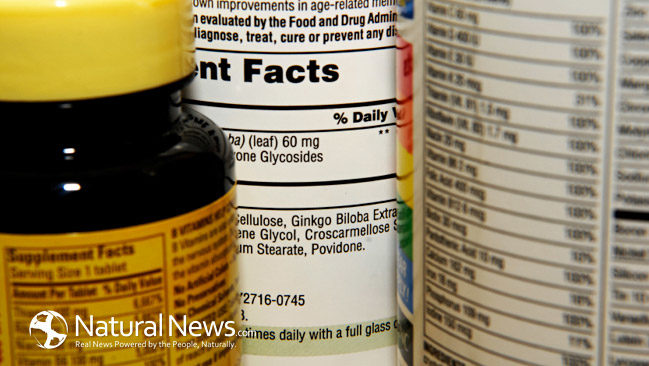 The FDA announced on August 15, 2013, that fluoroquinolone drugs such as Levaquin, Cipro and Avelox will be required to change packaging inserts to contain a warning for severe, permanent and disabling peripheral neuropathy. The FDA states that the damage may occur very soon into the administration of the drugs and the damage may be permanent.

If you as the reader, are not familiar with exactly what peripheral neuropathy is, here is the FDA’s description: Peripheral neuropathy is a nerve disorder occurring in the arms or legs. Symptoms include pain, burning, tingling, numbness, weakness, or a change in sensation to light touch, pain or temperature, or the sense of body position. It can occur at any time during treatment with fluoroquinolones and can last for months to years after the drug is stopped or be permanent. Permanent. Yes, forever. Never going to stop burning for the remainder of your life. It’s the feeling of spontaneous human combustion with out all the nasty fire and flames. Holy cow. How is this even acceptable?

I have very mixed emotions about the FDA’s announcement today. As a victim of Fluoroquinolone Toxicity and peripheral neuropathy, I am caught between being pleased and being angry. Very, very angry. Most victims, and I know thousands of them, will tell you that they told their doctor about their peripheral neuropathy as well as their other grocery list of horrific symptoms and doctors simply smirked and informed them “These drugs don’t cause that”. Patients were then recommended an anxiety drug, psychotropic drug or asked if someone at home was abusing them. I wonder where doctors get their information regarding drugs that they throw out like beads at a Mardi Gras parade? Some physicians are completely unaware of the Black Box warning placed on fluoroquinolones in 2008 for tendon tears and those who know about it never ask the tendon tear victim “Did you take a quinolone?”. Victims who themselves have become aware of fluoroquinolones and their resulting tears (God bless the internet) have informed their doctors. Not many victims report that their doctor informed THEM that they had a tear as a result/side effect of the drug. Doctors are in denial and they are in deep. There is also money. Yes sireeeee! Good old money. It’s always found where shady deals are done and pacts are made with the Devil. If you don’t believe me Google Dollars for Doctors, put in your physicians name and magically (God bless the internet, again), you are informed as to how much he/she made from drug companies this last year. You also get too see which drug companies are lining the pockets of the people we entrust with our lives to. It’s business. BIG business, so don’t kid yourself for a moment that it’s not.

My next thought is the FDA is covering it’s hiney and trying to cover it fast. Victims are becoming more and more vocal, gathering in groups on Facebook (God bless the internet, again), having Floxie meet ups, organizing in an underground network. If you as the reader are not familiar with the term “Floxie”, it is a darling colloquialism fashioned by author Stephen Freid in his best selling book Bitter Pills-Inside the Hazardous World of Legal Drugs . The term has probably stuck because” Floxie” is much cuter than “disabled” or “eternally suffering human being”. Websites devoted entirely to flouorquinolone victims abound. Google Cipro is Poison or Death by Levaquin or even just the drug names and you will get more than you can wrap your head around. These groups have initiated petitions, organized a lawsuit registry for a potential lawsuit and last May, marched on the Washington Capitol and met with legislators proclaiming the dangers and devastating side effects of these drugs. Victims will no longer take this sitting down. They are no longer being strong armed into believing they are the one in a million, the 1% or just genetically inferior. Lets not forget Medwatch, the FDA’s reporting system. Floxies are reporting in massive numbers and re-reporting each year that they are symptomatic from the drug. (To file a report go to www.accessdata.fda.gov/scripts/medwatch/). There is a lot of boat rocking going on in the Flox world these days and I think the FDA is feeling it.

The warning also states that this is only for injections or oral doses. Many victims report the same symptoms of fluorquinolone toxicity by IV and eye drops and the symptoms are exactly the same. My own mother was floxed with Zymaxid eye drops for cataract surgery. Zymaxid is the eye drop form of Gatifloxacin which was banned by the FDA in 2006 for severe hepatic failure as a result of the drug. It’s poison orally but go ahead and drop it in your eyes and it’s fine. HUH??? The reality is the results are the same. Children are also given these drops for pink eye and ear infections with regularity. The results are the same but young children are not fully capable of communicating their symptoms so many of the symptoms are unnoticed, blamed on behavior or the illness for which the drugs were prescribed. With the ear drops, the busted ear drum is the only obvious tell tale sign of a child’s severe reaction.

I tend to write very tongue -in-cheek when I write about these drugs. The reality is pretty horrific and terrifying. The day in and day out suffering of Fluoroquinolone Victims should be recognized by doctors, family members, husbands, wives, partners and society as a whole and yes, the FDA. So is a warning on packaging for drugs that steal lives seems almost trivial and somewhat of an insult. It also feels like redemption for victims that have been called crazy by family members or hypochondriac by doctors. I have mixed emotions. It’s a win but it feels like a “gimme”. Like the FDA is tossing a bread crumb and ignoring all the other disabling effects of these drugs. My only hope is that doctors will no longer use these drugs on high risk patients with known chronic diseases like diabetes, Crohns, ulcerative colitis and Lyme.

It looks like a win but it feels like a loss. One thing I do know it that it not GAME OVER. Not by any measure.

About me, the author. My name is Erin Wilson and I am an advocate and peer counselor for victims of fluoroquinolone toxicity. A two time victim of Levaquin, I have lived it and seen it all. I now counsel victims in recovery and make the public aware of the devastating effects of these drugs. If you have been harmed by Cipro, Levaquin or Avelox or any fluoroquinolone drugs, there is help. Please visit http://fluoroquinolonevictimsadvocacynetwork.webs.com/. There is support and help for recovery.