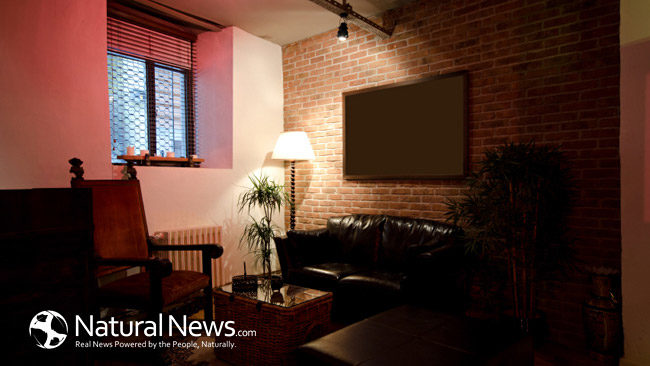 In my earlier article, “When Negative Is Good,” I talked about positive and negative ions. Positive ions drag us down while negative ions bring ease and comfort.

Unfortunately, positive ions are on the march all around the world. Creating and using electricity got them started, so they’ve been causing trouble since the lightbulb came along.

Now, with wi-fi, cell phones, computers, big-screen TVs, remote controls, smart meters,  and all the rest, positive ions are positively out of control. And pretty much nobody knows that. Well, media, medical, and other poobahs don’t talk about positive ions, so how would we know?

Nor is it a surprise that allergies and autoimmune diseases are afflicting more and more people. Whacking the immune system, an unsung hero of the endocrine system,  means that’s what you get.

This is what’s known as a problem. What can we do about it?

First, we have to recognize that while positive ions march in without an invitation and start breaking the furniture, getting negative ions to show up takes action.

Negative ion generators come in all sizes and shapes, from small to ginormous. Let’s talk about starting small and inexpensively.

Himalayan Salt Lamps
Salt lamps are, as the name kind of implies, tall (8″ or so) lumps of salt, mined in the Himalayas and bored out to allow a light bulb to fit inside. Lovely to look at, they’re orange and pink and yellow, all in a natural jumble.

Turning the lamp on heats the salt, which then creates negative ions. At least that’s the plan, but the lamps come with a nightlight bulb, which won’t get you anywhere.

Use a 40 or 60 watt chandelier bulb. You want the salt lamp to be hot to the touch–not enough to burn, but enough to discourage a lingering hand.

Salt lamps used to be hard to find, but even Amazon sells them these days.

When I first set them to glowing in my family room, the tile floor was quickly covered with fluffy “dust,” apparently corpses of airborne allergens–within a day. The body count slowed considerably after a few days of catching up, and vacuuming didn’t have to become a daily chore. Phew!

Several years later, my lamps are still on the job. Since I live on a lake, I especially appreciate their effect on mold spores.

Ion-Generating Fans
Sam’s Club sells Lasko ion-generating, tower fans for about $55. I don’t know how many ions they put out, but when I put one in my bedroom, it made a real difference.

Generating ions is optional, but I don’t know why you wouldn’t want ionss. Make sure the box talking about generating ions; most fans don’t do that trick.

Car Ion-Generators
Maybe four inches long, these ion generators plug into the car’s lighter. Except for a light you may not see (depending on where the lighter is), nothing will seem to be  happening. Be not dismayed!

Results are what matters: Getting rid of odors and cleaning the air. Feel better? Breathe more easily? Little Stumpy’s on the job.

Some car ion-generators come with an attachable plug. This would be great for travel; just plug it in, close to the bed, and let it clean up the air in the motel/hotel room. Of course, you have to remember to take it with you in the morning. $20 or so isn’t expensive–until you have to replace several you left behind.

And More
If these ion-generators don’t help enough, consider getting a whole-house ion generator. You’re talking several hundred dollars, but overcoming positive ions strengthens your immune system, helps the rest of your endocrine system, balances your serotonin (another huge deal), gives major help to those with respiratory problems such as asthma and COPD, and gives your brain a boost.