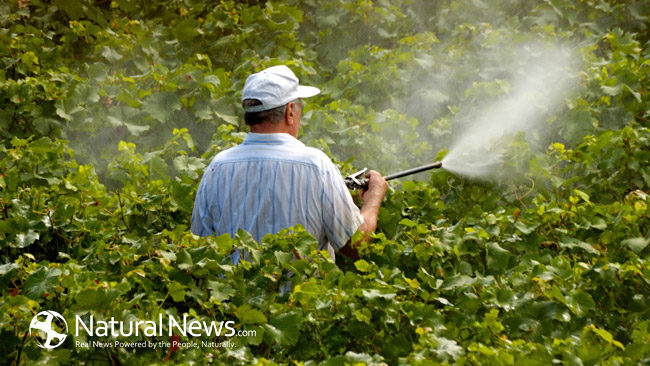 Evidence has recently come to light that the Truvia, the popular, plant-based sugar substitute, might also become a greener alternative to pesticides.

This new research, published in the journal PLOS One, found that one of the main components of this sweetener, a compound called erythritol, was able to reduce the lifespan of the fruit flies from around 38-50 days down to only 5. It should be noted, however, that scientists added that this does not reflect upon the FDA’s approval of this product as safe for human consumption. There is still a debate raging in the healthcare and nutrition community about the overall health benefits these “non-nutritive sweeteners” actually bring to the table.

Researchers are enthusiastic about these findings. In the abstract of their recently-published study, they noted that, though more exploration is needed, that erythritol has the potential to be used as a greener alternative to traditional insecticides. They note that many such artificial chemicals now on the market for this use are expensive to produce, can damage the environment, lead to the development of chemical resistance in some insect populations and can also have the potential to harm human health. The demand world-wide for a greener (and cheaper) alternative to what is currently in use is great, and this study may be the beginning of a whole new line of more environmentally-friendly products to help approach the problem of pest control.

One of the most interesting aspects of this study is that is developed from a school project completed by the son of the lead researcher, Daniel Marenda. Marenda notes that his son Simon, who has the natural inquisitive bent of his father, wanted to test Truvia out several years ago when the family made the switch from sugar to an artificial sweetener. He and his father went to the store and bought several different kinds of sweeteners, then brought them home and prepared them as food for several sets of fruit flies. On Day 6 of this experiment, his son discovered that the fruit flies which had fed on the preparation made with Truvia had all died.

It was from this at-home experiment that the idea of this study was born. Sean O’Donnell, one of the study’s authors, notes that “I feel like this is the simplest, most straight-forward work I’ve ever done, but it’s potentially the most important thing I’ve ever worked on.”

Applications for the future

The scientists who did this study would now like to expand their body of knowledge to see what other notable pests – including ants, bed bugs, termites or cockroaches – which can cause such damage to human health and property might also be susceptible to erythritol. If this compound proves effective against other species of insects, this might well lead to a cleaner and greener method of pest control.