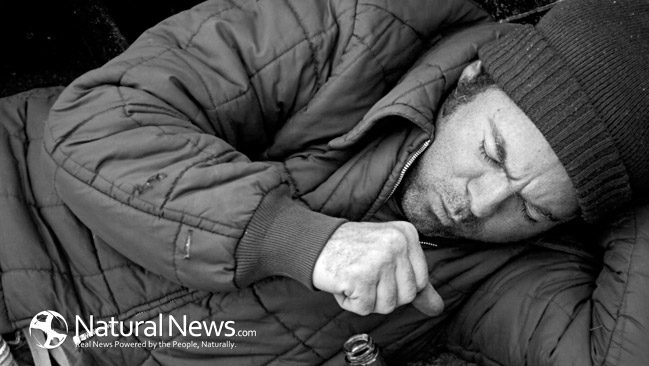 Coughs and colds are often belittled as mild illnesses but they can make carrying on with your daily routine very difficult. Every time you get a cold, it is caused by one of over two hundred different viruses. It’s no surprise that we’ve never found a real cure!

With cold symptoms ranging from a runny nose and sneezing through to muscle pain and a headache, it is understandable that people feel like they need something to help them battle through their day. But with concerns about side effects which can be wide ranging although rare, some prefer to reach for a natural remedy to tackle the symptoms and help shorten the life-cycle of their cold.

Coughing can similarly stop your day in its tracks: interfering with your sleep, it can be exhausting and prolonged bad coughs can be very painful. But, as the NHS Direct admits, it is debateable whether over-the-counter cough medicines actually work and according to a report by the Cardiff University’s Common Cold Centre, their impact is likely to be down to the placebo effect:

In clinical trials on cough medicines, up to 85% of the reduction in coughs is associated with the placebo treatment and the active pharmacological component of the medicine only contributes 15% of the reduction.

Understandably, many people look for alternative remedies when hit with the symptoms of a cough.

So which natural remedies for coughs and colds have proven to be effective? Below we look at three remedies that have gained popularity over the years and the science behind their effectiveness:

Echinacea products continue to rank in the top supplements sold to support the immune system and many people heavily endorse its use as a natural alternative to over-the-counter preparations. Supplements are widely used to treat the common cold and a host of other infections, and some people find it is soothing for coughs when taken as a herbal tea. The Echinacea herb is thought to be an immunostimulator, meaning that it stimulates your immune system to help fight infections and keep them at bay. Research into the supplement has shown that it is likely to reduce the duration and severity of cold symptoms at least by a modest amount, although there is not enough evidence to say for definite whether it can prevent a cold.

Found in the body’s cells, Zinc is a trace element that helps your immune system to fight off invading viruses and bacteria. Research into the effectiveness of Zinc supplements by the Cochrane Foundation in 2011 looks highly favourable: a study that the NHS describes as ‘likely to be reliable’ showed that those that took Zinc within 24 hours of cold symptoms appearing saw a reduction in the duration and severity of their cold symptoms. The study also reports that those taking the supplements for at least five months were less likely to catch colds. Zinc supplements are therefore likely to be helpful in not only fighting off coughs and colds, but keeping them at bay too.

Inhaling steam is an age old remedy that is equally beneficial for coughs and colds. If you are suffering from a cold, this old trick can really help to ease your drippy nose and congestion. If it is a cough that’s making your life miserable, it will help flush out the mucus and moisturise dry, irritated air passageways.

Run boiling water into a pot, hold your head over it and breathe in through your nose for ten to fifteen minutes. Some people find placing a towel over their head can help trap the steam, but don’t allow the steam to smart or burn. Although you can buy a special humidifier to assist with this process, the steam will be just the same as that which you get from using a bowl and they are probably not worth the extra expense. Adding a couple of drops of eucalyptus oil can further enhance the effectiveness of this treatment – the oil is considered to be an effective respiratory decongestant.

A hot steamy bath or shower can also help relieve congestion, as can a saline nasal spray. Ensuring that your room is humidified will also help ease a cough, as dry air can be the cause of further irritation.

Always consult your doctor or pharmacist if you are at all uncertain which cough or cold remedy is suitable for you.

This article was written by Carly, a blogger who enjoys Zumba dancing, running and organising her Filofax (yes, really).  Carly writes on behalf of Nature’s Best, a company that manufactures and tests food supplements in the UK.