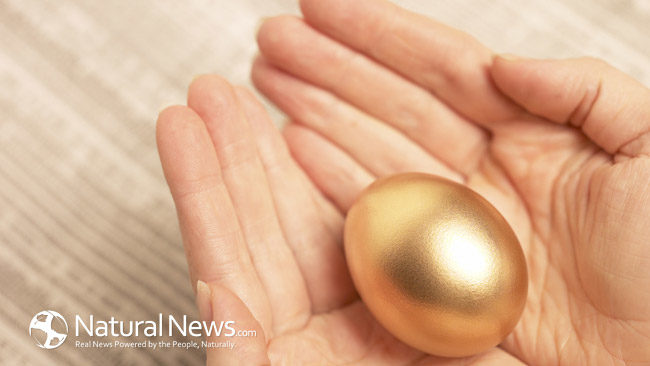 This year families are switching over to concocting their own food coloring dyes rather than purchasing store bought food coloring due to the increase in health effects brought on by Yellow No. 5 and Red No. 3.

Easter is around the corner and this year dying Easter Eggs can be much more fun, safe, natural, and organic. Traditionally food dye is purchased prior to Easter so that the whole family can sit down and partake in decorating Easter Eggs with one another. However, as of late Yellow No. 5 and Red No. 3, which are consistent in food coloring dye, have been linked with tumors and hives which have put into question the overall safety of consuming such items. Fortunately there is an alternative to this dilemma. Natural and organic methods of coloring Easter Eggs are quickly becoming popular as a means to continue this age old tradition and to ensure that entire families are consuming foods that won’t harm them later.

Blue – In order to make a homemade blue dye two specific methods can be used. The first method will create a bluish gray color while the other will create an intense deep blue. The first method is to mix one cup of frozen blueberries with one cup of water. Allow the blueberries to soak in the water for a few hours or until the water and blueberries have settled at room temperature. Once finished, remove the blueberries than stir in one tablespoon of vinegar. For a deeper blue color mix two cups of red cabbage that has been diced into two cups of boiling hot water. Stir in one tablespoon of vinegar than allow it to cool down to room temperature. Voila! Blue grey and a deep blue natural and organic dye have been made.

Yellow – There are several different methods that can be used in order to make the color yellow. The first method is to combine four ounces of chopped carrots with a cup and a half of water into a saucepan, bring to a boil, and allow this to simmer for roughly 15 minutes. Once the 15 minutes are up remove the carrots from the saucepan and add two teaspoons of vinegar and allow it to cool. Other methods include different ingredients in order to intensify the color yellow or to allow for a greenish-yellow. Some of these ingredients include orange and lemon peels, celery seed, ground cumin, ground turmeric, and even chamomile tea. These ingredients can too be boiled intermittently in place of the chopped carrots.

Green – Green is a fairly easy color to create and usually only calls for one ingredient. Using spinach leaves boil and bring to a simmer one to two cups of water for roughly 15 minutes. Once finished remove the spinach leaves allow the boiled mix to cool than test the depth of color. Additional spinach leaves can be added to create an intensely deeper green color.

Red – Similar to the color green the color red too is fairly easy to make. Fortunately too, there are several different ingredients that can be used in order to make different shades and depths of the color red. Some of these ingredients are red onion skins, cherries and cherry juice concentrate, raspberries, and even pomegranate juice concentrate. Using just the cherry juice concentrate and the pomegranate concentrate the Easter Eggs can be dyed without the effort of boiling and simmering. However, if using red onion skins, raspberries or cherries make sure to using a maximum of only one cup of water for every cup of fruit or onion skins if bringing to a simmer over the stovetop. Once cooled down test the color before proceeding.

Orange – In order to make the color orange bring two cups of water and the skins from six yellow onions to a boil than let simmer for 15 minutes. Strain the liquid from the onion skins than add three teaspoons of white vinegar. This should create an even colored orange.

Lavender – Lavender, or purple too many, is another easy natural and organic dye that can be made without having to boil any ingredients. Simply mix one cup of grape juice or grape juice concentrate with one tablespoon of vinegar, stir, than place on the table ready for use. If already on the stovetop than peel red onion skins and place with one cup of water, boil, and then bring to a simmer. If using red onion skins be sure to use a lot less than the amount of onion skins that might have been used to create the color red.

Pink – Dice, mince, slice, or chop one beet and place into a saucepan with four cups boiling water. Allow to simmer for roughly 15 to 20 minutes than add two tablespoons of vinegar. Rest until room temperature strain beets than test the color in order to determine its shade. If the color pink seems to represent the color red than adjust the recipe adding additional water and/or vinegar to counter the potency of the beet.

Brown – The color brown will be especially appreciated by the coffee lovers of the family. This is because in order to make brown dye simply boil one pot of strong coffee than allow it to sit until cool. Once cooled stir in one teaspoon of vinegar for every two cups of strong coffee. If brown is not dark enough than adjust the amount of coffee used in order to increase effects.

“How to Color Easter Eggs with Natural Dyes.” By Rosalind Creasy
http://www.motherearthnews.com/Do-It-Yourself/How-To-Color-Easter-Eggs-Natural-Dyes.aspx#axzz2NTd7I5ee