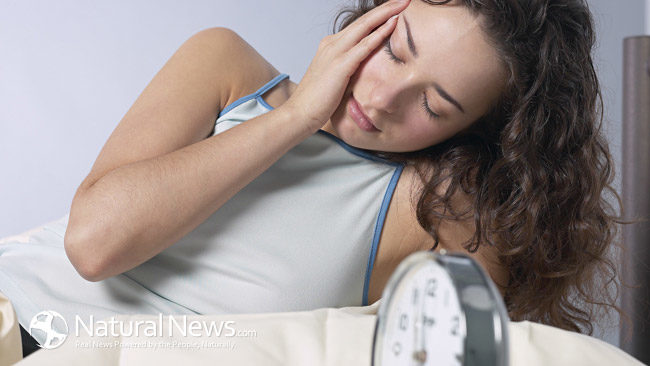 To say the least, Narcolepsy is by far one of the most misunderstood, disregarded auto-immune diseases known to man. I blame the statistics for that one. According to the Stanford School of Medicine Center for Narcolepsy, only a mere “0.6 – 1.6 per thousand in European countries, Japan, and the United States” will obtain a diagnosis of Narcolepsy. A low diagnosis rate of approximately 1:1,000 basically means that large pharma will continually overlook Narcolepsy research because it simply won’t be lucrative enough. Not to worry Narcoleptic’s, hope is on the horizon…maybe.

One of the leading researchers of Narcolepsy, Dr. Emmanuel Mignot of Stanford School of Medicine appears to be on the verge of pinpointing the reason for this disease and creating a pharmaceutical to reverse it. About two years ago, I had the privilege of hearing him speak at a Narcolepsy Network Support Group meeting in Boston, MA and he truly seemed confident in his research. He bestowed much hope among all of his supporters and…cough, cough…contributors. Fast forward to August 5th 2014 when this article was made public, http://julieflygare.com/narcolepsy-study-retracted-autoimmune-hypothesis-and-epidemiological-association-to-influenza-vaccine-remain-strong/. Apparently he retracted his Narcolepsy research for the past two years or so because he failed to recreate the ideal results he was hoping for. Unfortunately, the news gets worse. Just one month before his upsetting announcement, the national support group “Wake Up Narcolepsy” generously donated $50,000 toward his research. I hope they had insurance for that donation because it’s long gone now.

In no way am I undermining Dr. Mignot’s intelligence. Clearly he is an expert of his field. However, he is failing to look at the full picture. Narcolepsy is not only characterized as having daytime fatigue and sleep attacks. Another major issue Narcoleptic’s encounter is a failure to achieve adequate sleep. People with narcolepsy have an extremely difficult time falling asleep and staying asleep. However, once they do, they immediately fall into what’s known as REM sleep, the stage of sleep in which your brain shuts down your body and you usually begin to dream. The remaining stages of sleep are also sped up, resulting in the awakening of that person. It is not uncommon for a Narcoleptic to wake up and fall back to sleep anywhere between 10-15 times per night. Over time, the quality of sleep suffers tremendously. Mignot has yet to address this issue, nor do I believe he will.

Another major issue he is not accounting for is the occurrence of histamine found in the neurons (brain cells) of the affected area in Narcoleptic’s. In a July 2013 study done by UCLA researchers, it was concluded that “people with the disorder (Narcolepsy) have nearly 65 percent more brain cells containing the chemical histamine. Their research suggests that this excess of histamine cells causes the loss of hypocretin cells in human narcoleptics.”Here is the article, http://newsroom.ucla.edu/releases/new-clue-to-the-cause-of-human-247169

I won’t lie, this was a ground breaking discovery for Narcolepsy research. However, in 2009, Mignot’s team of researchers concluded that histamine levels were reduced among the neurons of the affected area in Narcoleptic patients. Read it for yourself, here is the article: http://www.ncbi.nlm.nih.gov/pubmed/19238804

This was a major contradiction that was never addressed. Everyone, including medical professionals, kept their head in the sand and continued to donate money or perform research on a hopeless cause. Money was lost, time was wasted, and more importantly, all that hope and anticipation among the Narcolepsy community was stripped away.

To all my fellow Narcoleptics, my message is simple…do your own research, be careful who you trust, question everything, and voice your own opinion. There are alternative solutions for Narcolepsy, that’s why I’m here. Stay tuned…you just might learn something…

My name is Michael Swiderski and I am a very recent citizen of Hawaii. I am a certified personal trainer and I hold a Bachelor's Degree in Biology with a concentration in Health Science. My passion and my career revolve around three subjects: Physical Fitness, Nutrition, and Medicine. By medicine, of course I am speaking of natural healing as I am the NoMDdoctor. Rather than using microscopes, text books, and the forced influence of large pharma, I conduct my research with the use of one thing...me! I study topics that hold great meaning to my life, and I am extremely diligent and devoted to my work.
My outlook on life is a bit unconventional to say the least. Shortly after I was diagnosed with the auto-immune disease known as Narcolepsy, my mindset about the meaning of life was severely altered. Things that once held great importance in my life quickly fell by the wayside. However, when certain doors close, others will open...and that they did.
Narcolepsy completely turned my world upside down and inside out. It successfully ended my career in Biotechnology, and ruined many close relationships. Experiencing side effects from Narcolepsy is one thing, but adding in the side effects from pharmaceutical stimulants is a whole other ballgame. I was constantly in pain, irritable, stressed, depressed, exhausted, jittery, anxious, etc. The list goes on, but you get the idea.
The day soon came where I hit rock bottom with this illness and the fake "treatment" that was prescribed to me. I was through with trusting the so-called "medical professionals". Therefore, I finally decided to make use of my free will, and I began my own research on narcolepsy. It took me two years to get where I'm at today, and I am proud to say that no more do I rely on pharmaceutical drugs to manage the side effects of Narcolepsy. I am here to tell my story of freedom, as well as reveal all my findings along the way. Stay tuned, you just might learn something...