Nano-Free Cosmetics on the Rise? 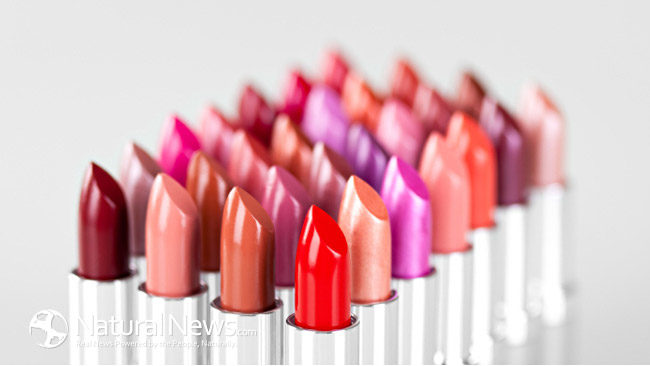 Until recently, the U.S. Food and Drug Administration (FDA) has given cosmetics manufacturers free reign to use new and largely untested ingredients; namely, nanoparticles. With the recent publication of two new regulations, the FDA is finally acknowledging the potential dangers of nanotechnology. The publication of these documents are likely to usher in significant changes over the next few years, the most significant being an increase in nano-free cosmetics.

Thanks to widespread media attention in the last two years, the general public is becoming more aware of nanotechnology, which allows scientists to create extremely tiny particles (nanoparticles) that have unusual properties due to their size. Yet consumers have been absorbing nanoparticles for years now through everyday products, largely without their knowledge. Nanoparticles are routinely used in sunscreens to provide greater sun protection and in makeup to hide wrinkles by diffusing light.

Commercial nanotechnology applications exploded a few years after the National Nanotechnology Initiative was set up under President Clinton in 2000, yet relatively few studies have been conducted to assess the health risks. The one thing that is known: nano-sized particles have different properties than larger sized particles with the same chemical structure—and thus different effects on both humans and the environment.

The first nanotechnology safety guidelines were developed back in 1999, but they were neither required by law nor overseen by a government agency. Developed by the Foresight Institute, a pro-industry think tank that promotes use of nanotechnology, the guidelines were less cautious than many health-conscious critics would have preferred. According to Australian scientists John Paull and Kristen Lyons, “the product applications and implications are proceeding amidst a deficiency of regulation, labelling requirements, safety and toxicity testing—and this is the situation worldwide. There is no consumer right-to-know whether they are ingesting, inhaling, wearing, or using, engineered nanoscale particles.”

In 2009, the Nanotechnology Project (funded by Friends of the Earth Australia) commissioned a series of tests to show how ubiquitous nanotechnology has become in the cosmetics industry. The tests revealed the presence of nanoparticles in concealers and foundations from leading brands such as Clinique, Lancôme Paris, Yves Saint Laurent, Christian Dior, Max Factor, L’Oréal, and Revlon. Even makeup from The Body Shop, which promotes its products as natural, was found to contain nanoparticles. Only one of the brands tested (Christian Dior) indicated the presence of nanoparticles on the label.

Despite the increasing use of nanotechnology in the food, drug, and cosmetic industries throughout the last decade, the FDA has previously taken a wait-and-see approach. The two new guidance documents published in June 2014 are the first significant FDA publications on the subject to date.

One publication gives overall guidance for all products regulated by the FDA, stating that industry needs to identify the unique properties of nanoparticles and provide for their safe use. Another publication states that safety testing for cosmetics should provide “in vitro and in vivo toxicological data on nanomaterial ingredients and their impurities, dermal penetration, potential inhalation, irritation (skin and eye) and sensitization studies, (and) mutagenicity/genotoxicity studies.”

Past studies about nanotechnology in cosmetics focused primarily on skin penetration, but recent research indicates that inhalation is also a significant concern. Ken Donaldson, a researcher at the University of Edinburgh, has found that some nanofibers are similar to asbestos fibers and may lead to cancer when inhaled. Due to the relatively recent development of nanotechnology, there are no studies that examine the long-term health effects of nanoparticles on humans.

Increased regulation by the FDA reflects a growing awareness of nanotechnology as potentially harmful. The guidance documents should promote increased attention to the presence of nanoparticles and the health risks they may pose.

While some cosmetics companies have been intentionally using nanoparticles because of their unique properties, others have probably been using them without being fully aware of it. Why are they in the dark? One reason is that suppliers for the cosmetic industry often use the term “ultrafine particles” rather than “nanoparticles.” Erin Mincks, founder and owner of the cosmetic company Faerie Organic, reports, “it can be difficult to get detailed information on some of the mineral based ingredients and their exact particle size” from suppliers.

Currently, Mincks’ company, Faerie Organic, is one of a handful of small manufacturers that sell nano-free cosmetics. However, there appears to be a growing concern, at least among small companies that seek to produce more natural products, about the safety of nanoparticles. It seems likely this will lead to more nano-free cosmetics on the market, just as GMO-free products have increased due to greater awareness. Nano-free cosmetics may be the wave of the future, particularly for consumers who seek out organic products.

Jennifer Handy is a freelance writer in the San Francisco Bay area. She holds a PhD from the University of Tulsa. She is interested in traditional foods, natural health, and the effects of the food processing industry. Many of her researched articles have been published in the journal of the Price-Pottenger Nutrition Foundation (PPNF).