Myanmar, the Globalists Next Target 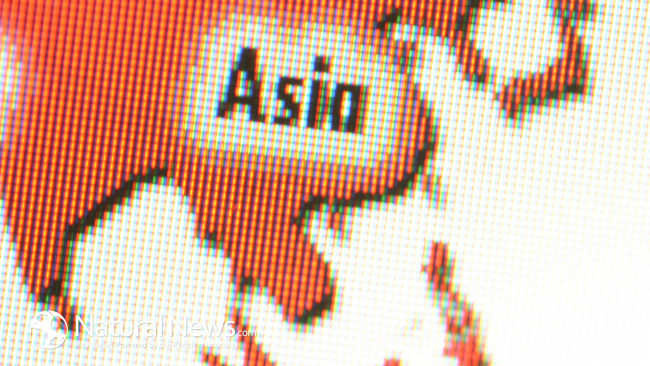 In 2010 the military junta government of Myanmar (formerly known as Burma) returned government to civilian control, having ruled with an iron fist for almost 50 years. Almost overnight it seems the walls of isolation have began to fall. The world praised the recent election victory by Aung San Suu Ki, the democracy activist who was under house arrest from 1989 to 1995, 2000 to 2002, and from May 2003 to November 2010. However, the globalists could actually be looking to exploit the country under the guise of economic partnerships and planning. If history shows us anything, the globalists do not make friends (or enemies) without it being beneficial to them.

Natural Resources:
Myanmar is abundant in natural resources including timber, tin, antimony, zinc, copper, tungsten, lead, coal, limestone, precious stones, hydropower, marine products, NATURAL GAS and OIL. With the coming lifting of economic sanctions, multinational corporations will be looking to provide their “expertise and assistance” in exploiting those natural resources as they have done in multiple Latin American and African countries (usually with deadly and/or damaging consequences). Of course to fund the infrastructure to exploit these resources you can be sure that the International Monetary Fund will be waiting on the door steps to dictate economic reforms and provide loans – which result in forcing countries to open to foreign investment, dropping tariff barriers, increasing taxes, austerity, high interest rates, etc. Which in turn result in debt entrapment, exploitative water prices or loaning to implosion.

Opium:
Before the invasion of Afghanistan in 2001, Afghanistan’s poppy cultivation for opium and heroin was nearly eradicated. Today, 90% of world opium comes from Afghanistan and has become the number one cultivator of poppies in the world. To the South East, Myanmar is the “the world’s second-largest producer after Afghanistan – having leaped 14 per cent this year from 2010 to 43,600 hectares.” With major banks laundering drug money and using that drug money as liquidity to stay in business, it should come as no surprise that Myanmar’s opium production will only increase, not decrease with a little help from the West.

Geo-politically Strategic:
Myanmar borders with China, India, Thailand, Bangladesh, Laos, the Andaman Sea and the Bay of Bengal. With so many countries bordering Myanmar, and two who have the largest militaries in the world in terms of personal, the West getting cozy with Myanmar is militarily strategic. With the US beginning to encircle China with military bases and stationing of warships in South East Asia, Myanmar is significantly important.

China currently is the largest foreign investor in Myanmar with up to US$15 billion invested. China has also been a strong alley of Myanmar throughout its military junta rule. It has continued the policy of non-interference in domestic affairs while having friendly trade relations as it does with several African nations. However, things have not been so rosy for China since civilian rule was reestablished. China’s grip on Myanmar is beginning to slip. For example as “President Thein Sein’s decision last year to call off the construction of a major Chinese hydropower project in northern Burma because of local opposition was in part an example of the desire to ease China’s influence.” Could that be the case? Perhaps. However, there are globalist geostrategic groups with “boots on the ground” conducting interviews with political and business leaders in Myanmar as confirmed here by Ernest Bower who is the director of the Southeast Asia Program at the Center for Strategic and International Studies in Washington (CSIS board of trustees including Henry Kissinger, Zbigniew Brzezinski, William Cohen, George Argyros and Brent Scowcroft). As explained in the article WEST vs CHINA: A NEW COLD WAR BEGINS ON LIBYAN SOIL by Patrick Henningsen, this is a great move in the new cold war between the West and China to push China out of the region, removing much needed natural resources from its grasp, isolating them and having to deploy resources to now strengthen its border to Myanmar.

This move on the “Grand Chessboard” by the West with Myanmar is not accidental and it is hard to believe that democracy has come so fast after nearly 50 years of military rule. However with enormous natural resources, profits from the drug trade and strategically manoeuvring against China, it is little surprise that political change came about so quickly and the West is engaging Myanmar at breakneck speed. It could not before as people would have viewed the West negatively for working with an oppressive and tyrannical military regime, but with democracy coming around, the opportunities are there for exploitation.