We must unite against terror 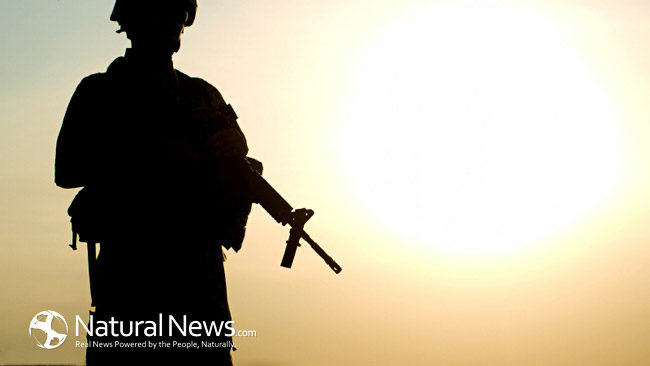 The pain of any human being anywhere in the world causes anxiety and sorrow for other human beings.  The sight of a child losing his life in the presence of his loved ones, a mother whose joy for her family turns into mourning, a husband who is rushing the lifeless body of his spouse to some place and the spectator who does not know whether he will be seeing the final scene of his/her life- these are all scenes that rouse the emotions and feelings of any human being.

The flames of war have never really come to an end since the world wars and been going on until today. They are widely followed by the deaths of innocent women and children for these disastrously unwanted conflicts.

Since World Wars the human crisis has been growing steadily fast, causing millions of refugees worldwide. In fact, over 100 million people have been the victims of numerous conflicts in the world since WW1 broke out. This is an irrecoverable loss.

But how much do we really feel it? By looking back at those days, you can see that millions lost their lives because of nothing worth it. Terrorism, mass shootings, racism, slavery, injustice, inequality, all kinds of brutalities and almost all those factors that defined, or should I say justified, those mass killings remain unfinished until today.

In today’s world, just like those past moments, we see mass killings with not only a clear conscience but with a moral imperative (pretty much what the terrorists in our time do). What is changed so far?

In depth, they are incited through a process called “dehumanization”. Jews in the eyes of Nazis and Tutsis in the eyes of Hutus (in the Rwandan genocide) are but two examples. Protracted conflicts strained relationships and made it difficult for parties to recognize that they were part of a shared human community. Such conditions led to feelings of intense hatred and alienation among conflicting parties. The more severe the conflict, the more the psychological distance between groups widened. Eventually, this resulted in a moral exclusion. Those excluded were typically viewed as inferior, evil, or criminal. That’s where it all started.

Right now the justifiable killings are of Middle Eastern Muslims – there are millions of innocent civilians killed with a call to kill millions. This is brutal.

We need to change it. This process, if gone unmitigated, can result in massive depopulation of all humans.

I don’t know what’s wrong, but if policies adopted by our governments, so far, have not been enough positive towards obstructing this, then we are definitely careening towards more of the same taste of war that we had back in the days of ww1.

Most of our policies, if not all, have only proven to cause more damages and armed conflicts than anything else for the last 8 years. Apparently, they have resulted in bloody, grinding civil wars, a flood of refugees overwhelming Europe, tremendous increase in sectarian warfare and decline of American power and prestige in the region.

We need to stop this madness. We must change our policies in a radical way and do what we haven’t done yet; save the humanity under an influential leadership!

Otherwise, you could be sure that more of these types of violence will take place to tear apart humanity.

If today’s pain, with regards to humanity, is not used to build a better and safer future, then it will just turn into bitter and fruitless memories.

For a peaceful future, we must all condemn any act of terror and unite against it. In order to do that, we need to understand war narratives. We all need to think globally and act locally. In a world that seems so vast and large, sometimes even confusing and frightening or dangerous, we’re all more interconnected than we like to think. And our every day decisions do impact people around us and around the world as well.

We sure have many differences (of any kind), but those differences make us stronger and unite us. In a world threatened by nuclear weapons and radical terrorism, there is no other alternative but to unite and stay united.