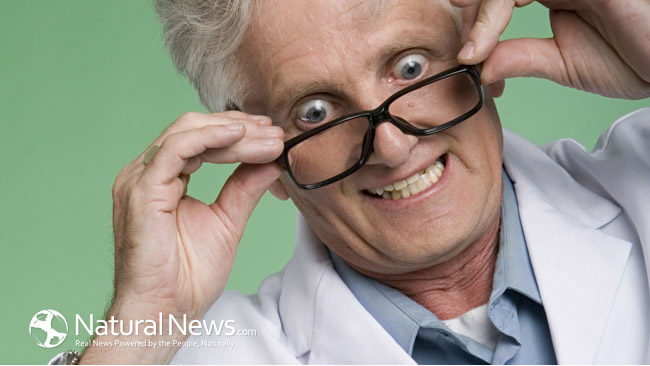 Multiple personality disorder or dissociative identity disorder (DID) represents disorders wherein the individual escapes reality in ways that are unhealthy and involuntary. A person affected by this disorder experiences a disconnection and lack of continuity between thoughts, memories, surroundings, actions, and identity. Multiple personality disorder is a controversial subject. While some experts admit it’s real, others assume it’s fiction. What’s the truth then?

DID or formerly known multiple personality disorder is characterized by a presence of two or more distinct or split personalities or identities that constantly have power over person’s behavior. Each of these identities has its unique name and may be from a different historical background. The most common signs and symptoms of this disorder include:

Causes of Dissociative identity disorder are environmental and are, in most cases, resulted by early-life trauma. According to experts, this disorder usually forms in children subjected to long-term physical, emotional, or sexual abuse. Children who lived in unstable and frightening environments can develop this disorder as well.

Traumatic brain injury can also delay a diagnosis of multiple personality disorder. For example, Sandel M. E. and a group of researchers of the Mediplex Rehab-Camden in New Jersey published a paper in Archives of Physical Medicine and Rehabilitation where it was stated that multiple personality disorder in a patient with TBI was delayed due to the fact impaired cognitive abilities were thought to be linked with sustained injuries. Scientists expressed the importance of differential diagnosis for amnesia in all patients with TBI.

This disorder is still considered a controversial subject. Some experts claim DID is just the matter of faking or overacting emotions or that this disorder could be linked to some other psychiatric problem. However, according to the Scientific American plenty of evidence supports the idea that DID isn’t a matter of faking or overacting the emotions. It’s also important to mention the study published in the Plos One. The study was conducted by Simone Reinders and a group of scientists at the King’s College London. Researchers discovered there were strong differences both in regional blood flow and in reactions between the DID sufferers and individuals from a control group. According to scientists, these findings indicate that DID patients don’t have overactive personalities, and the origin of their condition derives from trauma.

According to Bethany Brand, a psychologist, and professor at the Towson University, multiple personality disorder is real. The controversy that surrounds disorder is usually due to lack of education or training in medical professionals. She explained to Psychology Today; it’s important to pay a lot of attention to research as there are reliable structured interviews that help psychologists differentiate true multiple disorder cases from “fake” ones. Due to the fact DID is a result of neglect, abuse, and trauma that started in childhood, there should be some early signs of this disorder in patient’s record. True DID patients would experience symptoms of DID throughout their lives.

Schizophrenia is usually mistaken for DID, but they are very different. Schizophrenia is defined as severe mental illness involving chronic or recurrent psychosis characterized by hearing or seeing things that aren’t real. Contrary to the popular belief, individuals suffering from schizophrenia do NOT have multiple personalities. The biggest difference between two disorders is that with schizophrenia the trauma tends to follow disease. This disorder is a consequence of an illness; it’s not causative. Trauma doesn’t make someone develop schizophrenia whereas individuals who suffer from DID developed their condition due to trauma.

The relationship between pregnancy and DID can also serve to prove that multiple personality disorder is very much real. For instance, women with DID report symptoms of pregnancy like morning sickness or heartburn would simply go away when their personalities switch. And there’s also the story about Kim Noble woman with 100 personalities published in the Guardian. In 1997, Kim gave birth to her daughter Aimee who was immediately taken into care by social services. For years, Patricia (one of her personalities) was unaware she had a child.

Although there’s no cure that could make DID disappear, it’s possible to manage this disorder. Researchers are still finding out the possible ways of treatment for it. Due to the fact that DID is also linked with impaired cognitive functions, opting for dietary supplements made of natural ingredients could be an effective solution. Due to the all-natural list of ingredients, these products are considered safe for use.

Although the diagnosis of multiple personality disorder is controversial, there’s a growing body of evidence it’s real, not fake. This disorder is caused by abuse, neglect, and trauma suffered in childhood. There’s no cure that would make it go away, but it’s possible to manage this disorder. If you’re experiencing these symptoms, consult your doctor.