Are Movies Manipulating Your Thoughts 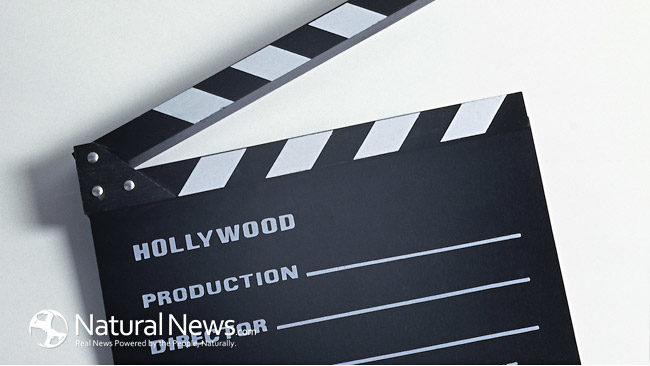 Every single piece of information you take in should be questioned.

In 2012 the percent of Americans who thought that mass media (newspapers, radio, TV) was NOT providing fair or accurate information was at 60%.

A quick search on American trust regarding entertainment brings up nothing.

However “the average American watches more than five hours of live television every day.”

American adults went to an average of 5 movies in 2014. That number doesn’t include movies watched at home.

But why does it matter?

When you watch a movie, your taking in something someone wrote. A screenplay is like a book. It holds the ideas and beliefs of the writer, realized and unrealized by the writer themselves. When you write something you put in little pieces of who you are, what you believe, your past, and even things you never realized were a part of you.

This is a wonderful thing, but people can still be influenced, paid, manipulated or contract-forced by those paying them.

Watching movies used to be so much fun.

Now I analyses each one to learn craft, plot, and all the other things most people never notice. But I also question content.

What message is this movie feeding me?

I watched the 2014 Interstellar movie and within the first few minutes I just couldn’t get past the beginning. The dialogue moves fast. The setting is a dust-ball of a farm set in the future on our dying earth.

Now if you add a farm I’m going to pay extra attention. The current fight that is going on agriculturally matters. We’re seeing states fighting to have GMOs labeled, making it illegal to have a farm or collect rainwater.

The companies that have money can easily manipulate a movie script.

The words that moved by so fast–that made me question the whole movie–that moved me enough to write this post: Herbicide Resistance.

And sure enough some research cleared up the following:

The movie is set in the future, on a corn farm, on our dying earth.

“The wheat had died. The blight came and we had to burn it. And we still had corn, we had acres of corn. But, uh…mostly we had dust.”

They never go into what blight is (it is a plant disease). Up until this point we get that there is a limited variety of food and the planet is drying up. Then they get into the story:

“One o’clock today, you and me in the barn, Herbicide Resistance, one on one, check?”

The problem with this line is that there is no purpose for it in the entire script. Nothing to do with plot, character development, and never referenced again.

Then there was this scene with a drone which made no sense why it was in there, or none that I could figure out. Then a parent teacher conference that had some sense to it:

Ms. Hanley: Explaining how the Apollo missions were faked to bankrupt the Soviet Union.
Cooper: You don’t believe we went to the Moon?
Ms. Hanley: I believe it was a brilliant piece of propaganda that the Soviets bankrupted themselves pouring resources into rockets and other useless machines.
Cooper: Useless machines?
Ms. Hanley: And if we don’t want a repeat of the excess and wastefulness of the 20th century then we need to teach our kids about this planet, not tales of leaving it.

But if the people of the future are so smart, why couldn’t they find away to clean up the earth? And if it was beyond the point of no return-would they really be talking about herbicide resistance? Especially since the next line is:

“You know one of those useless machines they used to make was called an MRI. And if we had any of those left, the doctors would’ve been able to find the cyst in my wife’s brain before she died instead of afterwards.”

If they are smart enough to know the health concerns of MRIs, what about GMOs?

“Mankind was born on Earth, it was never meant to die here,” says a NASA guy–its a good line, but what effect is that going to have on a subconscious level?

Then they go looking for another planet–a habitable planet.

The overall message is horrible and one you find a lot in mass media lately.

Any person can see the effects of what they choose to put in their body, but don’t realize that what you put into your conscious and subconscious is even more important.

We don’t need a new planet or new resources. We don’t need to teach the mass population that this world is disposable, we can consume and rape it for all its worth, cause mass extinctions of its creatures, and move onto something ‘better.’

Humans have forgotten how incredibly connected we are to THIS planet.

But its only a movie…