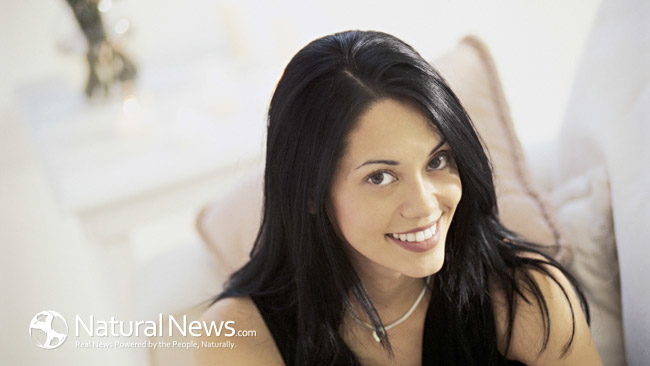 While castor oil seems to be all the buzz when it comes to keeping hair healthy and even helping it grow faster, I personally think there is another option that’s better suited to keep overall health — not just hair health — in tact. Sure, castor oil may help make hair soft and shiny, but that same oil people are putting in their hair in droves has also been shown to quicken the absorption of other chemicals which are toxic (it’s a common ingredient in lipstick), leading to adverse skin reactions.(1)

Furthermore, castor oil was used by Egyptions to light their lamps and today, industrial and food grade castor oil is often used in brake fluids, detergents, dyes and to preserve certain foods.(2,3) Although people are (hopefully) using the medicinal castor oil to improve their hair and skin and not the industrial stuff, there’s something unsettling about knowing that what people have been putting on their hair — albeit obviously in other forms — has been, and continues to be, used for mechanical and food additive purposes.

Plus, it’s not fit for cooking, as it tastes pretty darn bad. Yes, it’s deemed safe by the Food and Drug Administration as a laxative, but wouldn’t you rather be putting something much more natural (and significantly tastier) on your body? Something flavorful that can be also be ingested with ease and used in tons of recipes that also happens to be an incredible product for hair and overall health?

In the video below, beauty guru Kaitlyn details her experiences with organic coconut oil’s ability to restore hair’s moisture from the inside out.

Why Coconut Oil is Ideal for Hair Health

So effective is coconut oil that the National Institutes of Health U.S. National Library of Medicine notes that it’s one of the three most common oils found in the hair care industry alongside sunflower oil and mineral oil.(4) But that doesn’t mean it’s just yet another oil that happens to work well; in fact, the National Institutes of Health explains that of the three, coconut oil has been shown “…to be the only one capable of greatly reducing the amount of protein loss from hair when used pre-shampoo and post-shampoo.”(4)

It even helps combat dandruff, thanks to its ability to kill the fungus that leads to the condition.(5)

The finding makes sense, as coconut oil’s lauric acid is linked to helping the body heal a range of viral and bacterial infections ranging from candida albicans and athlete’s foot to influenza and measles.(5)

Researchers are even linking coconut oil with fighting HIV, with many studies looking deeper into how its anti-viral properties can help.(5)

The list goes on when it comes to how coconut oil can help health.

Last but certainly not least, the healthy fat is often used as a substitute for butter. I often steam broccoli in a teaspoon of coconut oil and am also a fan of adding it to smoothies when I’m craving a subtle tropical flavor.

Why not choose something that tastes great and belongs in the kitchen as well as the medicine cabinet? Without a doubt, coconut oil is my go-to choice.