The Miraculous Turmeric – Traditionally Used At Least for 23 Health Conditions 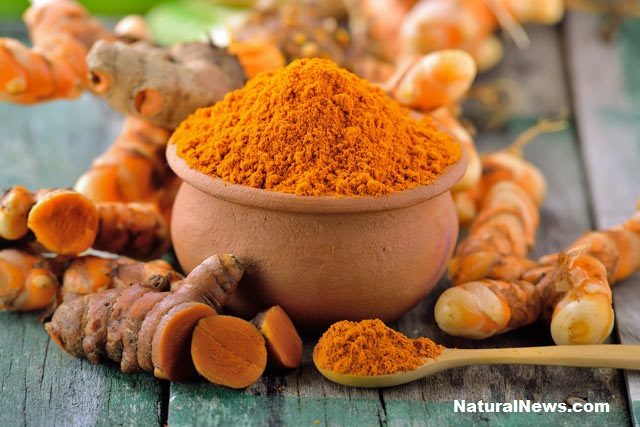 Some people believe curcumin is the only active constituent found in turmeric root as all this while curcumin has been said to be the most extensively studied by scientists, besides being widely propagandized of its ‘superiority’ over turmeric by the media. Consequently, they use the terms curcumin and turmeric interchangeably.

They choose to use curcumin over turmeric for not knowing the fact that turmeric offers more potent biological activities when compared to that of curcumin.

On the other hand, you would probably be surprised when I explain later in the article that studies on turmeric extracts minus curcumin have shown to have similar biological activities and may be better in term of efficacies to that of curcumin.

If you Google ‘curcumin,’ you would get about 6.5 million results (as of early January 2017). In other words, everybody is talking about curcumin the world over. The figure is expected to rise from time to time and might increase exponentially over a few years to come.

If you Google up ‘turmerone’, for instance, another important molecule found in turmeric, you would get about 44 thousand results. What the number tells us is that turmerone exists as another constituent found in turmeric, however, is lesser known to many people especially laymen.

Scientists have conducted studies focusing on the efficacies of turmeric for specific properties (biological activities) and compared them to that of curcumin. They found that the efficacy of turmeric as immunostimulatory is better than curcumin, so it also is true for other properties as well, including antioxidant and anti-inflammatory activities.

In one study, standardized turmeric extracts have been shown to inhibit beta-amyloid peptides aggregation. None of the curcuminoids found to exert this particular action. Conversely, one of the turmeric extracts demonstrated to have strong inhibition. This indicates that there are molecules other than curcuminoids could be identified and possibly developed as drugs to treat Alzheimer’s.

Note: I have tried looking for original study but failed. Maybe the study really exists, it’s just that my search has resulted with curcumin all over many pages.

Even more astounding than all that is when several studies performed using turmeric extracts without curcuminoids, the extracts showed to have anti-inflammatory and antioxidant activities. Another study showed turmeric extract minus the curcuminoids may be able to stimulate an immune response, which is an important activity in wound healings, besides turmeric antibacterial and anti-inflammatory activities.

In my previous article, I mentioned that Dr. James A Duke, a former USDA scientist, has compiled biological activities of the molecules in turmeric which shows 23 chemicals have antibacterial (antibiotic) property, 12 have anticancer, 17 have antitumor, 37 anti-inflammatory, and 27 of them are antioxidants.

For those interested to know a complete list of chemical constituents found in turmeric and their biological activities you may visit a website belongs to a herbalist, David Christopher. The list is actually what was found in old Dr. Duke’s Phytochemical and Ethnobotanical Databases, now changed for a new look and you cannot get the chemical list like what David has archived.

I am not a scientist but I know each chemical in the list that has biological activities is actually BIOLOGICALLY ACTIVE. It’s only that scientists have picked curcumin for further research with some reasons, some of which might due to its extensive biological activities and abundance quantity (up to 3.8 percents) in turmeric.

Many cultures have used turmeric traditionally as a remedial herb for hundreds or even several thousand of years, specifically by people in India, China and by Javanese (people living in Java, Indonesia, known as having expertise in preparing unique herbal concoctions).

The followings are the traditional uses of turmeric for selected ailments/diseases including suggested dosages and administrations.

Note: Turmeric is fat soluble. Assist the absorption of turmeric (increased bioavailability) by taking it with good fats such as ghee clarified butter, virgin coconut oil or black pepper.

As a long-term preventive strategy, some people believe it is wise to add turmeric into your diet. Dr. Andrew Weil, for instance, believe as curcumin has a rapid and dramatic effect, it may be useful to use curcumin as a remedial supplement.

For those who believe turmeric possesses similar or more potent biological activities compared to that of curcumin, you may find the following traditional uses of turmeric to be helpful.  Even though you might be one of those people so concerned about substantiation of turmeric efficacies for remedial purposes, in my opinion, however, no harm for you to choose turmeric over curcumin for remedial purposes.

Add ½ teaspoon of the above paste in a glass of warm milk and mix it well. Have it twice daily.

1 tablespoon crushed raw turmeric and 1/3 cup of water. Boil and sieve. Use 2-3 drops of the mixture in each eye up to 3 times per day.

To remove dirt, kill off bacteria and rejuvenate skin, apply a water-based turmeric paste (turmeric powder mixed with water) on the skin before bed, and wash off after a few minutes. Remove any remaining yellow in the morning with a paste of chickpea flour (garbanzo) and vegetable oil.

Mix 1 teaspoon of turmeric powder with a ½ teaspoon of salt, and add virgin coconut oil or extra virgin olive oil to make a paste. Rub the teeth and gums with the paste twice daily.

To reduce inflammation in conjunctivitis and other eye diseases in general, boil turmeric and water, ratio 1:20. Soak a clean cloth in the decoction, then cover the eye with it. This is said to help relieve the pain as well.

Nose bleeds, sinuses, restore a sense of smell and help purify the mind

Mix a pinch of turmeric with ghee and apply it onto the mucous lining of the nose.

To relieve arthritic pain, joints pain or headache/migraine, add 1 teaspoon of turmeric to 1 cup of warm whole milk and drink before bed.

Mix 1 teaspoon of turmeric powder and 2 teaspoons of ginger powder with water to make a paste. Prepare a fomentation by spreading the paste over a clean cloth, then place on the affected area and bandage.

Nose bleeds, sinuses, restore a sense of smell and help purify the mind

Mix a pinch of turmeric with ghee and apply it onto the mucous lining of the nose.

In general, turmeric can be used for poor digestion, dyspepsia, imbalanced metabolism, promoting protein digestion, increasing the bioavailability of food, and to withstand hydrochloric acid of the stomach. Take 1/2 teaspoon of turmeric powder with 1/2 teaspoon of ghee, twice per day.

Turmeric can calm an upset digestive system by getting rid of gas and distention. It also promotes nutrients absorption. Take 1/2 teaspoon of turmeric powder with 1/2 teaspoon of ghee, twice per day.

Add 1 teaspoon of turmeric powder into a glass of warm milk and stir. Take it for several days.

For liver congestion or regular liver maintenance, mix 1 teaspoon of turmeric with 1 teaspoon ghee. Drink with a cup of water 2-3 times per day.

Add ½ teaspoon of turmeric powder to a glass of lukewarm milk, stir well and drink it 2 times per day.

Stir 1 teaspoon of turmeric powder in a cup of yogurt. Take it right after lunch.

Take 1-2 tablespoons of turmeric every one half hour until the bleeding stops, usually, it takes 1-2 hours.

Disclaimer: This article is not intended to provide medical advice, diagnosis or treatment.