When did the mind-body link turn into the smart-phone connection? 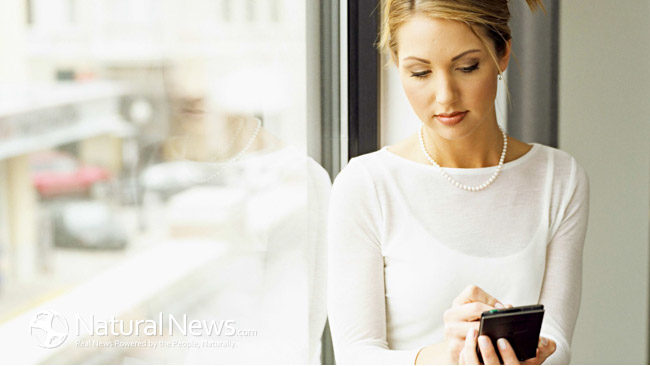 The omnipresence of tech marvels is one of the defining characteristics of our time. You could say that there is nothing inherently wrong with technology, except the fact that it stands in the way of our aspirations to live an authentic and fulfilled life outside the ecosystem of digital splendor. Instead of the promised digital Garden of Eden and pearly gates, could it be that the high tech landscape is a dystopia jam-packed with robots, devices and preoccupied humans?

Another day in paradise

Technology is deeply engrained in our daily life. However, researchers have identified the “distancing effect” of modern devices and software. The overwhelming noise blocks our internal dialogue, and leads us away from solving personal problems. We turn all our attention to external stimuli— ads, videos, images, interactive graphics, video games, applications and other novelties. Thus, technology removes us from the reality in which problems and difficulties exist.

This spills over to other aspects of life, and consequently, our ability to empathize with others is inhibited. The emotional distance may be regarded as a convenience, a way to survive in the tumultuous urban jungle, and escape the entangling mess of interpersonal relationships. Alas, where does this lead us? The raising concerns about the dehumanizing effects of technology are already old news, but that is precisely the nature of the problem.

Things move too fast, even for tech-savvy people. Video games look more realistic with each passing day, there is an application for virtually any aspect of our life, and hardware is getting smaller, more intelligent and capable. The surge in the mobile market has cemented our fate—precious gadgets follow us everywhere. When Apple introduced its iPhone in 2007, little did anyone suspect that portable platforms will skyrocket.

Nowadays, touchscreens and virtual keyboards no longer seem like concepts from an SF movie. Many users have a sense of power and mastery, although the real question is— over what?  It is estimated that by 2017, one third of the world population will own a smartphone, which will amount to 2.6 billion users worldwide. Furthermore, the majority of people report using the Internet at least several times per day, and this sometimes takes the form of an addiction.

We have forgotten that tech was not supposed to take us for a hostage and occupy our lives. Just because you are surrounded by the enthralling spectacle does not mean that it does not hang on the walls of the complex digital labyrinth you have built for yourself. We tend to attach responsibility to abstract agents, and fear the day of the apocalypse: a moment in which the Internet goes down, and we are left in the dark.

But, to be fair, that has already happened. Take the example of applications that enable us to record our thoughts, organize our day and store pictures. On the other hand, there are countless apps taking even the question of our health to the realm of the world wide web. There are apps to remind you to eat, apps that log your passwords, apps that remind you to smile, take a sip of water. So, it turns out that the benefits can be quite positive, if we learn how to draw a clear line between the virtual and the real.

Science has become a sort of a new religion, sitting on the pedestal of consumer ideology. It promises to solve the great problems of our time, yet it cannot answer the timeless dilemmas that loom over every individual. Moreover, tech and science simply cannot support current consumption patterns. All of this is not to say we should throw technology out the window. It is all about using it in moderation and for the right purpose.

What should concern us the most is the aforementioned advance of behavioral and lifestyle changes. If you ask me, there is no reason for a dozen of applications to send those annoying notifications a hundred times a day. This gives rise to practical problems such as the lack of family time. And that is just the tip of the iceberg. This is a world of interconnectedness, no doubt, but the matrix of electrical currents and text messages does not make it an overly humane place, does it?

A blessing or a curse

The mountain of knowledge and devices has never been this high, but have we hoarded valuable treasure or junk? The bittersweet truth is that there is quite a bit of both, and that only our decisions influence whether we will end up with a can of worms, or a magic wand for making this world a better place. The incredible power of science and technology has not been fully unlocked, but for better or worse, turning the tide is hardly an option now. Technological adoption is one of the mainsprings of human progress, so let us just not make it a rat race to the bitter end.

Samantha has a B.Sc. in nutrition, and has spent two years working as a personal trainer. Since then, she has embarked on a mission to conquer the blogosphere. You can read more of her posts at Ripped.me