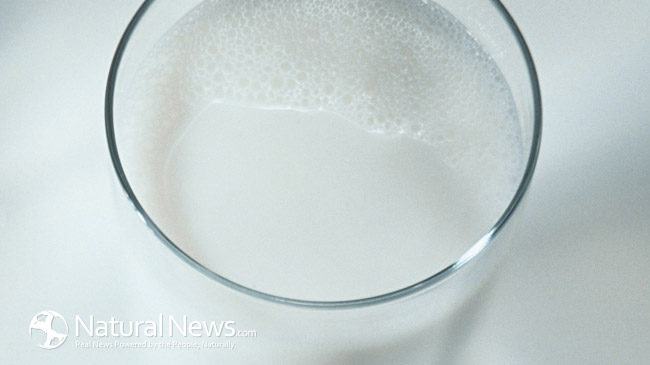 You can’t have missed it, it’s all over the news media: the epidemiological study that researchers at Uppsala University in Sweden published recently in the BMJ. The study shows that every glass of milk you drink daily increases your chance of an early death and of broken bones. The culprit is thought to be the sugar galactose.

Three glasses of milk a day linked to earlier death

Drinking a few half pint glasses of milk every day does nothing to lower the chance of suffering broken bones, the research says, and can make the risk of an early death more likely.

The study leaders say further research is needed before any dietary changes are recommended. But they fear the effects of high levels of lactose and galactose found in milk are to blame.

These sugars can increase oxidative stress and chronic inflammation in the body – both of which are major causes of a host of killer and chronic diseases.

The research was conducted at the department of surgical sciences at ­Uppsala University in Sweden.

Study
The Swedes have followed a group of over sixty thousand women since the late 1980s and a group of almost fifty thousand men since the mid 1990s. The researchers got their subjects to complete questionnaires on their dairy consumption. They also recorded any broken bones and fatalities that occurred.

Results
Milk had little effect on the men. Every glass of milk they drank each day increased their chance of dying by one percent and their chance of breaking a bone by about the same amount.

More than one glass a day was also linked to an increased risk of fractures in women. There wasn’t such a clear link with either early death or fractures in men.

However, people involved in the study may not have been able to reliably estimate their volume of milk intake per day, and there may have been various unmeasured factors influencing the outcomes.

This was also a Swedish population, who may have distinct health and lifestyle factors or environmental influences, which means the results are not applicable to other populations.

For example, milk in Sweden is fortified with vitamin A (unlike the UK), and high levels of vitamin A intake have been linked to an increased risk of fracture.

These findings are undoubtedly worthy of further research, but people should not feel the need to drink less milk based on this study alone.

Cheese, soured milk and yoghurt
“Particularly noteworthy is that intake of fermented milk products such as yogurt and soured milk and cheese were associated with lower rates of fracture and mortality”, the Swedes write.

Conclusion
“Our results may question the validity of recommendations to consume high amounts of milk to prevent fragility fractures”, the researchers write. “The results should, however, be interpreted cautiously given the observational design of our study. The findings merit independent replication before they can be used for dietary recommendations.”