Military scientists study the effects of meditation on PTSD 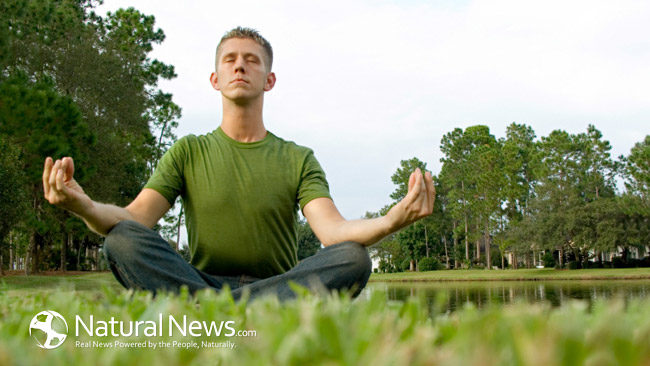 At Joint Base San Antonio, military scientists are reaching the end of a three-year study analysing the effects of meditation on the stress levels of veterans and active servicemen. Initial examination of the collected data suggests that pain and stress are reduced with meditation techniques, and the completed study could contribute to meditation becoming more widely used in the treatment of PTSD.

Currently there is little rigorous research studying the effectiveness of meditation in treating Post Traumatic Stress Disorder in military personnel, but this is soon set to change. Anecdotal and theoretical evidence suggests that meditation can be a useful technique in a comprehensive overall strategy to manage the condition, and this could soon be backed up by scientific data.

It is difficult to ascertain the true numbers of military personnel who are affected by PTSD, as it can manifest itself decades after leaving service and sometimes goes undiagnosed. However, The National Vietnam Veterans’ Readjustment Study, conducted in the 1980s, found that 15% of veterans were suffering with PTSD at the time of the study, and 30% had shown symptoms of it at some point in their lives.

A report from Veterans Health Administration showed that 20.5 percent of US veterans of the Afghanistan and Iraq wars received treatment for PTSD and veterans are three times more likely to experience suicidal thoughts, can have problems with work, relationships and self-medication through substance abuse.

Post Traumatic Stress Disorder is triggered by traumatic or life threatening events and can manifest itself in flashbacks, nightmares, uncontrollable emotions and crippling anxiety. Not everyone will develop the condition after such an experience, and it is speculated that the issue lies in the areas of the brain that deal with fear and memory, namely the amygdala and the hippocampus.

The amygdala, which is responsible for the stress response, seems to become hyperactive in PTSD sufferers. The extreme distress and fear experienced in the traumatic event (or events) continues to affect the brain long after the immediate danger has passed, and are re-triggered in circumstances that would otherwise be benign.

Treatments usually include medication and therapy, but there are instances where meditation is also encouraged. Veterans in the aforementioned San Antonio study (who have been using mindfulness meditation) report an improvement in their symptoms, and a small study of 21 ex-military PTSD sufferers at Stanford University suggests that breathing exercises alleviated their stress and hypervigilance.

Meditation allows the nervous system to relax and essentially re-sets the brain, whether through mantras, mindfulness or breathing exercises. Combined with therapy it can equip people with coping mechanisms to deal with their symptoms, as well as unwinding the amygdala from its state of constant over reaction.

With the San Antonio study soon to be released, meditation could soon become another step towards treating this debilitating illness and allowing veterans to live a successful and happy civilian life.

This post was written by Will Williams Meditation. A meditation center based in London providing courses on Vedic meditation that can help with PTSD.