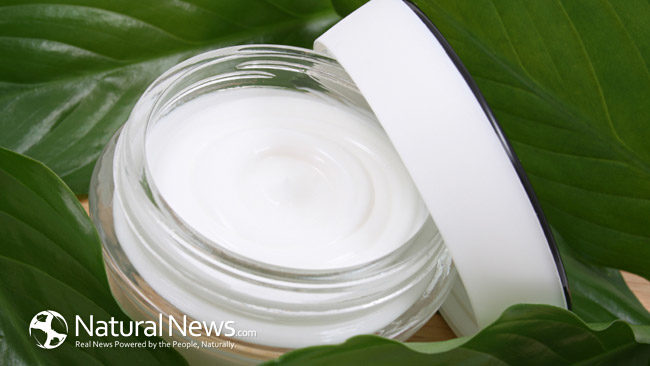 Have you ever noticed those tiny blue scrubber beads in face wash or toothpaste? They’re so tiny, maybe you missed them.

Illinois has become the first state to ban microbeads from beauty products after a staggering number of microbeads were found in the Great Lakes. By 2019 the full ban will take effect, limiting the ingredients manufacturers will be able to use. This is BIG news, the legislation is making a statement that YES the environment does matter and YES we will speak out against poor manufacturing practices. Many big names in the cosmetics industry have already made plans to begin eliminating microbeads from their formulations.

5 Gyres, an organization dedicated to understanding plastic pollution, found that one product can contain over 300,000 microbeads. In 2012, they took their research a step further and found that The Great Lakes contain as many as 600,000 microbeads per square kilometer.

After you exfoliate with your microbeads in the shower or over your sink, they travel directly into our waterways because they are far to small to be  captured at sewage treatment plans. They are persistent organic compounds and that attract insecticides (like DDT), endocrine disrupters and other industrial chemicals. Eventually they find their way into the digestive and circulatory systems of fish that many humans eat, meaning you are being exposed to every toxin absorbed into the microbead. These little plastic beads are not benign, in fact, research tells us they have a permanent impact on our environment:

Microplastics cannot be sieved from sands or filtered out of seawater. Collecting all of these microparticles would take forever, and even so it would not be effective. Microplastics will continue their slow, intricate paths towards the bottom of the ocean and ultimately become buried in sand and mud for centuries.

In addition to being found in facial products, these beads are also used in popular toothpastes. The addition of microbeads to toothpaste serves no purpose, they are included as a decorative measure. What is even more frightening is that Dental hygienists are finding microbeads embedded in the gums of their patients. I have a healthy fear of plastics and the idea that you could be walking around on any given day with microscopic beads embedded in your gums is scary.

As more manufacturers begin to acknowledge the serious environmental and potential health consequences of microbeads, I want to remind you that suitable and sustainable alternatives do exist. If you’re concerned about getting your weekly facial scrub in, use oatmeal, coffee or seaweed to accomplish the task. Since microbeads in toothpaste serve absolutely no purpose, I suggest switching over to a brand that doesn’t contain microbeads. They’re unnecessary for you and the environment.