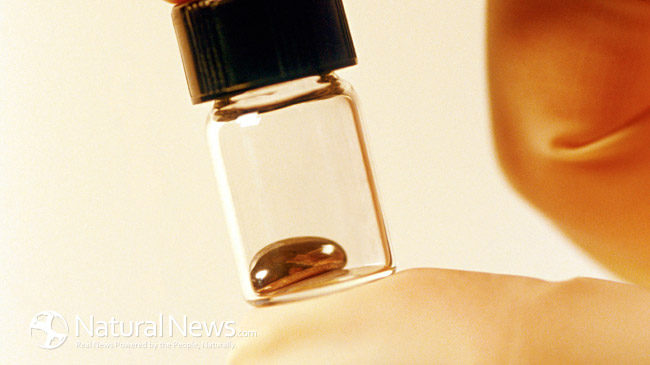 Heavy metals are beginning to become widespread in our air supply, our food, and our water to the extent that they are showing up in numerous products that have always been confirmed as being safe to use, or safe for consumption. Mercury in particular, is one of many heavy metals that has become more prevalent within the average person. As a result, mercury slowly causes the poisoning of the body to the point of acute illness. These are common signs of the first stages of Mercury poisoning:

Because mercury tends to concentrate in fatty tissues, and accumulates over time, it tends to cause severe joint and muscle pain, including inflammation and a feeling of stiffness.

People have digestive problems for a number of reasons. However, a common factor that most people don’t relate digestive issues to is mercury poisoning.

Mercury dental fillings are certainly an area of concern for digestive health. Most dental practices today have moved away from mercury, and are using composite fillings. If you know that you have mercury fillings, your main priority should be to have them replaced with anything but mercury.

Digestive system problems related to mercury poisoning can manifest in the mouth, as chewing food naturally releases salivary enzymes. At the same time, chewing can stimulate the release of mercury from any fillings within the mouth. The mercury, even in very small amounts, mixes with food and will eventually make its way to the digestive tract.

Mercury fuses with hydrochloric acid within the stomach and creates mercuric chloride, which can create ulcers and damages the lining of the stomach. Once mercury touches the “good bacteria” within our digestive system, it can kill them instantly. None of these processes harm the mercury, and it will continue to kill other good bacteria throughout the intestinal tract.

The whole process leads to an intestinal flora imbalance, which can create a list of symptoms and conditions, such as Candida Albicans, Leaky Gut Syndrome (LGS) and several other related digestive disorders.

Mercury is lipophilic, which means that it tends to concentrate in fatty tissues. The brain is made mostly of fat, making it a prime place in the body where mercury accumulates. Based on this fact alone, it becomes obvious that mercury poisoning at any level will negatively affect brain functionality.

The neurological development of fetuses, babies, and young children are dangerously more susceptible to mercury than adults. This fact may explain increasing rates of brain disorders such as autism in infants and children that are exposed to vigorous vaccine schedules that hold mercury.

Symptoms related to the brain as a result of mercury poisoning include delayed development of both talking and walking for infants, and poor attention, language, memory, as well as visual and fine motor skills. This is commonly labeled as autism, ADHD, depression, dementia, Parkinson’s, migraines, and other diagnosis.

Where Is Mercury Found?

Mercury is found in vaccines, home and occupational exposures, fish, the air, drinking water, dental amalgams, red tattoo dye, batteries, and many other sources we are regularly exposed to. Avoid environments that are highly polluted, as well as the water and food around them, as well as medical procedures and injections that expose you to mercury.

Getting Rid of Mercury

Heavy metal detox systems, such as Zeotrex, are proven to decrease mercury levels. Numerous testimonials of before and after metal tests show significant improvement in mercury levels of consumers, and overall reviews are very good. Renew Life Cleanse is also a good option.

Additionally, ask your dentist about what type of fillings they use. If they still use mercury fillings, find a new dentist. Also, consider working with a holistic doctor that understands the supplementation, best food choices, and liver, kidney and digestive support that is required to effectively and safely remove mercury.