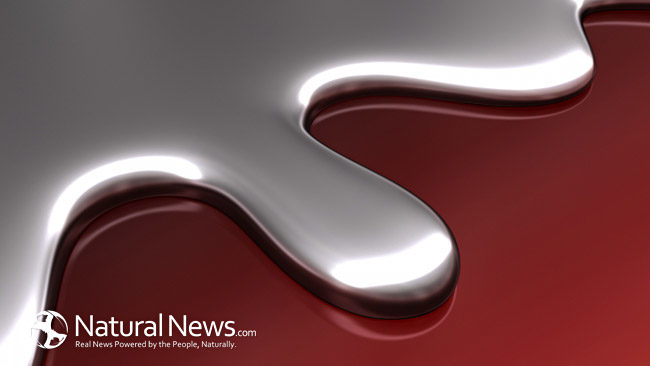 Poor digestion is the main cause of diseases (part 2)

Amalgams damage what is closer first and then moves to other parts of the body.  Thus, the sublingual, submandibular and parotid glands are the first parts of the mouth to be affected.  Other parts that also affected are the eyes, the sinuses, and the brain from the mercury vapor when you eat or drink something hot. Then, as the mercury travels down, it can affect the thyroid, the stomach and potentially every organs of the gastro-intestinal tract, such as the liver, the gall bladder, the small intestine, and the colon. For now, let’s focus on the first step of the digestion which is performed by the parotid glands. They secrete saliva that keeps your mouth moist and make enzymes that breakdown starches from the food consumed. When you chew food, the parotid glands release these enzymes in order to initiate digestion. Mercury from fillings directly affect these glands and interferes with the first step of digestion. This is one of the reasons why almost all my patients take supplements that will support the parotid function. If the first step of digestion is not optimized, the remaining steps will not be as efficient.

Stomach is highly sensitive to mercury

The lining of the stomach contains unique cells that make enzymes called proteases. Protease is an enzyme that breaks down protein into amino acids, which is later absorbed in the small intestine. Mercury causes significant destruction of cells inside the stomach, resulting in decreased digestion of proteins. Therefore, the body’s ability to make those enzymes is significantly impaired. In addition, to reduce the amount of enzymes produced by the stomach, mercury binds tightly to the enzymes released thus interfering with their functions and diminishing their catalytic activity. In order words, mercury kills the enzymes so that they can no longer break down food and release nutrients that are absorbed to nourish our cells and tissues.

In fact, the absorption of some nutrients start in the stomach but is mostly performed by the intestines. Mercury also leads to an increase of inflammation in the stomach and intestines, which affects the digestion and assimilation of nutrients. Today, it is well accepted by the medical community that inflammation is a major factor driving multiple diseases like cancer, heart disease, diabetes, etc. Based on my clinical experience, mercury and a variety of other toxins lead to poor digestion, which leads to deficiencies and an inability to fight inflammation. In support of this, flushing those toxins out of the body greatly increase digestion, leading to a reduction in the inflammation markers, and allows the elimination of the patient’s health concern.

Finally, I would like to show how mercury leads to deficiencies using a well-studied example. The cells of the stomach are responsible for producing Intrinsic Factor, which is necessary for the absorption of vitamin B12 (3). Vitamin B12 is used in cellular metabolism and is necessary for the production of red blood cells and the functioning of the nervous system. Therefore, the presence of mercury and other types of toxins in the stomach interfere with the absorption of vitamin B12.

What about hydrochloric acid?

In addition to the release of proteases, the stomach also produces hydrochloric acid (HCl) which provides the acidic pH of 2 for the proteases to work. HCl is an acid that forms when hydrogen and chloride combine in your stomach. Your body uses HCl in the early stages of digestion. It has a low pH of about 2, which means it is actually strong enough to dissolve metal. HCl makes up the gastric juice that fills your stomach when you eat.

Dental amalgam has been found to be the largest source of mercury exposure in most people who have amalgam fillings. Mercury in saliva may combine with HCl in the stomach, resulting in reduction of the ability of HCl to promote digestion of food and, in turn, leading to putrefaction, indigestion, heartburn, bloating and constipation/diarrhea. Also, when mercury reacts with HCl, mercuric chloride is formed. This substance attacks the friendly bacteria in the gut, allowing overgrowth of yeasts like Candida, which lead to leaky gut syndrome with toxic, incompletely digested complexes in the blood and an accumulation of Helicobacter pylori, a suspected major factor in stomach ulcers and stomach cancer. Any treatments to reduce yeast is pointless as long as the source of mercury is not removed from the body. Over the years, I have seen dozens of people trying the “Candida” diet with no success. Indeed, the net result is that Candida is unlikely to be treated successfully until the mercury is taken out of the equation. On the other side, Candida is known to absorb mercury. You obtain this situation when you are killing Candida resulting in the release of mercury in the body. Mercury interferes with the Candida protocol used to kill it. Bottom line, it is working as long as a proper mercury detox is undertaken along with products to get rid of yeasts.

Replacement of amalgam fillings has been found to significantly improve the health of most people if not all of them with conditions related to bowel dysfunction and leaky gut syndrome. Supplementation with digestive enzymes is worthless unless the mercury (and other toxins) in the body is properly handled with a specific detox performed under the care of an experienced expert. As the digestive tract is the key to a vibrant health, it is primordial that your body completely absorbed nutrients from the foods consumed.