Menstrual Cramps Are No Match for Reiki 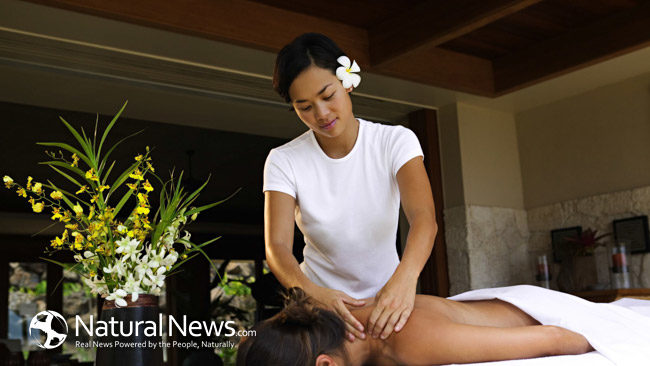 Reiki can change your life in so many ways.  I’m Jeff Donovan, I’ve been a Reiki Master since 2003, but this isn’t about me. It’s about women with menstrual cramps and how they can become empowered to help themselves.  It’s about Reiki.

Reiki is an ancient Japanese art of energy healing. Reiki, loosely translated means, Universal Life Force Energy (or Source energy…whatever you think that source is). A Reiki practitioner can channel healing energy into himself/herself or others.  For whatever reason, my clients and student base has a ratio of approximately 90% women to only 10% men. In my experience, women are more spiritually inclined, more open-minded and more willing to try ‘alternative’ methods.

In my early days of practicing Reiki, almost by accident, I saw vast improvement in women who suffer from menstrual cramps and other symptoms associated with their monthly cycles, so I put a small study together…I found 10 volunteers, age 17-50+ who suffered each and every month. Each agreed to try my home study course, practice daily for approximately 20 minutes and report back to me in 30-40 days.

Of the 10 volunteers, 9 completed the program and 8 of them showed up to give their reports. 8 out of 8 reported vast improvement in their condition. Three of them stood out in the crowd because of the severity of their condition. Those three also had the most significant results and therefore, told the best stories. Here is my interview with Kristen, a 22 year-old woman who suffered from Polycystic Ovary Syndrome…her story will amaze you.

Jeff: Before you knew about Reiki how was your cycle?

Kristen: Well, I’ve always had irregular cycles. About 8 month ago I was diagnosed with polycystic ovaries, which means I’m infertile and I bleed on my menstrual period for 45-60 days straight. And that’s enough in itself  to make someone go insane. But on top of it, I have full menstrual symptoms…cramps, bloating, nausea, everything (for) the entire 45-60 days I’m bleeding.

So basically, my life was pretty much horrible before finding Reiki. I’ve been to so many different doctors, been on so many medications, which all cause symptoms in themselves…bloating, nausea, everything else going on. It was just beyond me. I’d spend weeks at home, curled up in a ball, crying because I was so frustrated, feeling so helpless. When I came across Reiki, I said “what the heck, it can’t hurt, and it’s something to do.”

Within the first week, I felt my cramps diminish. I didn’t throw up the entire first week of trying Reiki. By the end of the month, when I was finished with the entire Reiki cycle, I still had irregular bleeding, but the bleeding had diminished significantly, so it wasn’t actually like a full period, and my bloating was gone, my headaches were gone, my cramps were gone…I didn’t miss any work, any school anything. It was absolutely amazing!

Jeff: Wow…that is awesome. So typically, how much school or work did you miss?

Kristen: Depending on…I’ve been switched to so many different medications. Every time I’m switched to a new medication, all the hormonal stuff going on…I’ve missed, just in the last 8 months of being “treated” I’ve missed probably 2 months of work/school together, just having to take sick leave and…having to take a week off here and there. But the main thing, it was just such a hamper on my social life too, because, you know, I’m young…so telling my friends I can’t go out because I just don’t feel well and being locked up for a month basically, because I’m on my period the entire time was just depressing in itself.

Jeff:  And you didn’t miss any school or work this month?

Kristen: No, nothing at all this month.

Jeff: So, the results were basically immediate?

Kristen: Immediately. Like I said…within the first week. And I of course was skeptical too. I’ve been to every single specialist out there and have read every single book on my condition and what can be done, and nothing seemed to work. I was extremely hopeless…extremely, feeling helpless.  And it was amazing actually, after the first week…I suffer from insomnia too because of my cramps and everything else going on. Within the first week of using Reiki, I didn’t have to use any of my sleeping medication and I haven’t used it at all this month, and I’ve felt rested.

The thing I am so happy about too, my family and friends have told me that my mood is so much better and I’m not suffering from these severe mood swings or, really depression from having to deal with all these horrible symptoms that go on. I can actually have a somewhat normal life.

Jeff: So in effect, Reiki has helped you with your depression as well?

Kristen: Oh Definitely. Yeah, Reiki has helped me with my depression, feeling like I’m actually taking control and actually seeing something work. And I think, if anything, that’s the best thing…to feel like you have some control over your body when you feel so out of control with all the symptoms going on.

Jeff: Sure. So what kinds of things have you tried in the past to try to help your symptoms?

Kristen: Oh, I’ve tried everything! I’ve been on every single medication out there I’m sure…yoga, pilates, fitness, meditation, aromatherapy. If it was out there, I tried it and nothing seemed to work and the more I looked into trying to find stuff, I actually became feeling more helpless. I actually entered into Reiki thinking that this wasn’t going to work for me at all, because nothing else had. So I was really, really shocked, really, really pleased at the same time too that this worked.

Jeff: So then, you would obviously recommend it?

Kristen: I would definitely recommend it! Without sounding comical, it has completely changed my life because I can actually function and live normally rather than being a hermit and hating being a woman.

Jeff: Wow, that’s awesome…so typically, your pain would be at 8-9 (out of 10, based on pre-study questionnaire she filled out), is that right?

Kristen: Yes, definitely…the physical pain would be 8-9 and all the emotional pain that went with it would be off the wall.

Jeff: So, you’re better in all areas?

Kristen and I stayed in touch for awhile. A few months after this interview, she emailed me she was shocked to find out her doctor was a proponent of Reiki, and after just a few months of practicing daily, he had taken her off 13 of the 14 medications she was prescribed.

Reiki can change your life in so many ways…this is only one woman’s story. Anybody and everybody can learn Reiki. We only need to be attuned by a qualified Reiki Master, learn some basic hand positions and some practical application. From the very first day of training, we can begin healing ourselves, our loved ones, our pets and so much more! The possibilities are endless.

Jeff Donovan has studied Reiki since 2001, and has been a Reiki Master since 2003.  He has hundreds of students around the world and sends healing to thousands of Facebook page members monthly.  For more information, go to http://www.stopcrampsnow.com